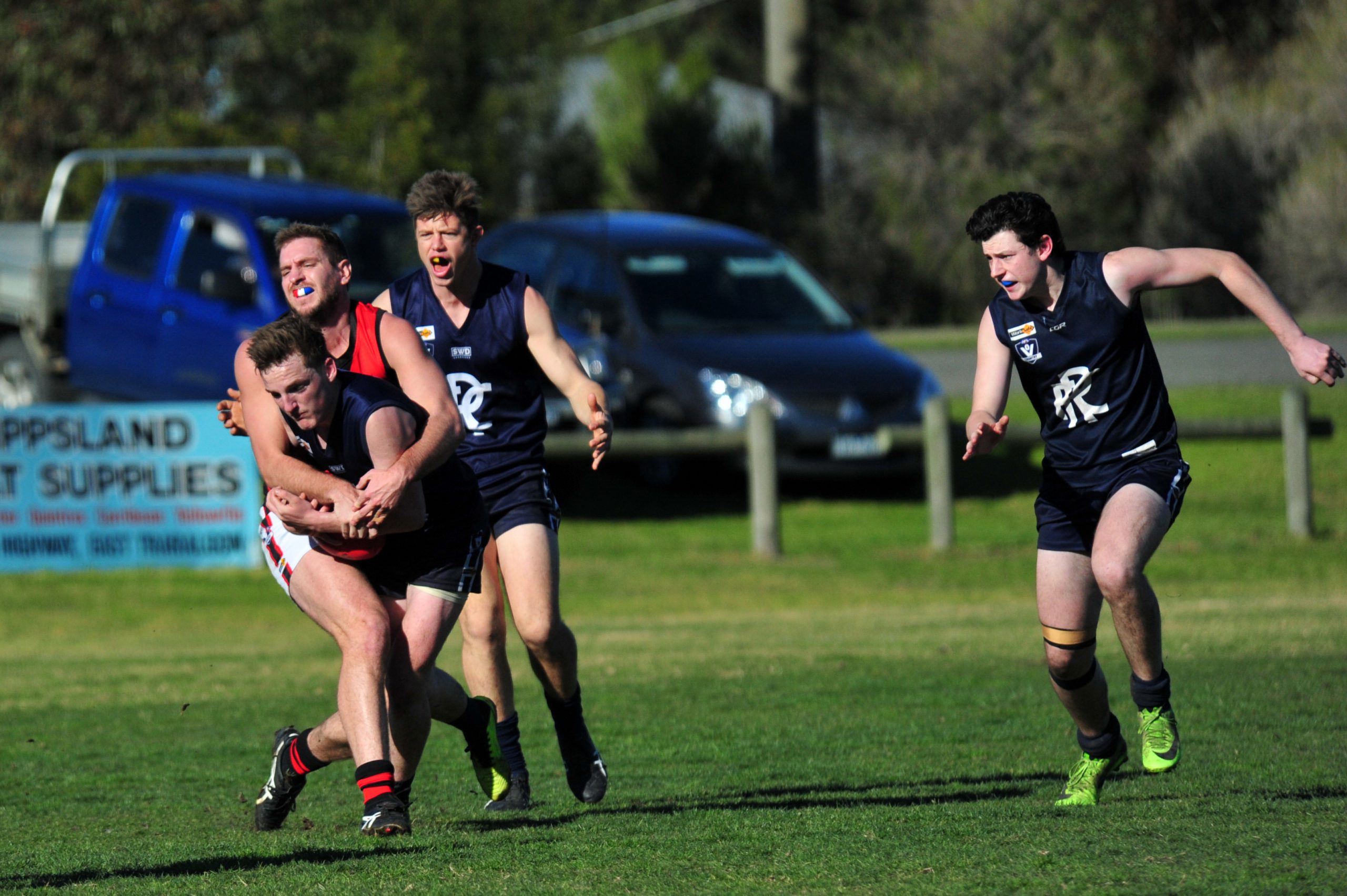 The Blues’ goal-kicking woes started early in the piece, their three behinds in the first term to the Bombers’ three goals and three behinds leaving them 18 points in the red at quarter-time.

TTU added just the one straight goal in the second term but it was enough to maintain the lead which was brought back to nine points.

Fifteen points down heading into the last term, the Blues squandered opportunities in front of goal with two goals and seven behinds to let the Bombers run out nine-point winners.

Michael Duncan kicked three goals for TTU in the win while Hayden Willaton and Tim Aitken kicked two each and singles went to Jacob Albanese and Jack Brown.

Among the best were Zach Kilgower, Ben White and Guy Sinclair.

The first quarter was a high-scoring affair and the Cougars found themselves five points in front with six goals to Cowwarr’s five.

The Saints were stifled and held goalless in the second term by some impressive Churchill defence while the Cougars’ forwards added another four goals to extend the side’s lead to 26 points at half-time.

Churchill had chances to blow the game out of the water in the final term but managed just one goal from seven scoring shots to restrict the damage to 28 points.

Slater finished with five goals and Kearns with four for the Cougars while Noah Deubel kicked two and singles went to four others.

The Tigers’ only goal for the day came in the first term as the Bulldogs wasted no time and piled on seven to lead by 37 points.

The visitors, leading by 137 points at three-quarter-time, saved their best term for last and peppered the scoreboard with 11 goals to complete the rout.

Kodie Own was Gormandale’s only goal scorer.

Among the best for Sale City were Schuback, Tollner and Walker.

The defending premiers wasted no time stamping their authority on the game and enjoyed a 10-goal first term to lead by 64 points at the first change.

The lead blew out past the 100-point mark by half-time before an astonishing 11-goal term from the Demons pushed the margin to 174 points at the last change.

The Magpies came home with four goals and two behinds in the last quarter to draw the term and keep the damage at 174 points.

Tyler Chisholm, Matt Scholz and Kelly Griffiths also got in on the action and scored two goals each.

The Roos led by a slender three points at the first change before keeping the Wildcats goalless in the second and building the buffer to 33 points.

Among the best for the Roos were Woodland, Bailey Escreet and Scott Anderson.