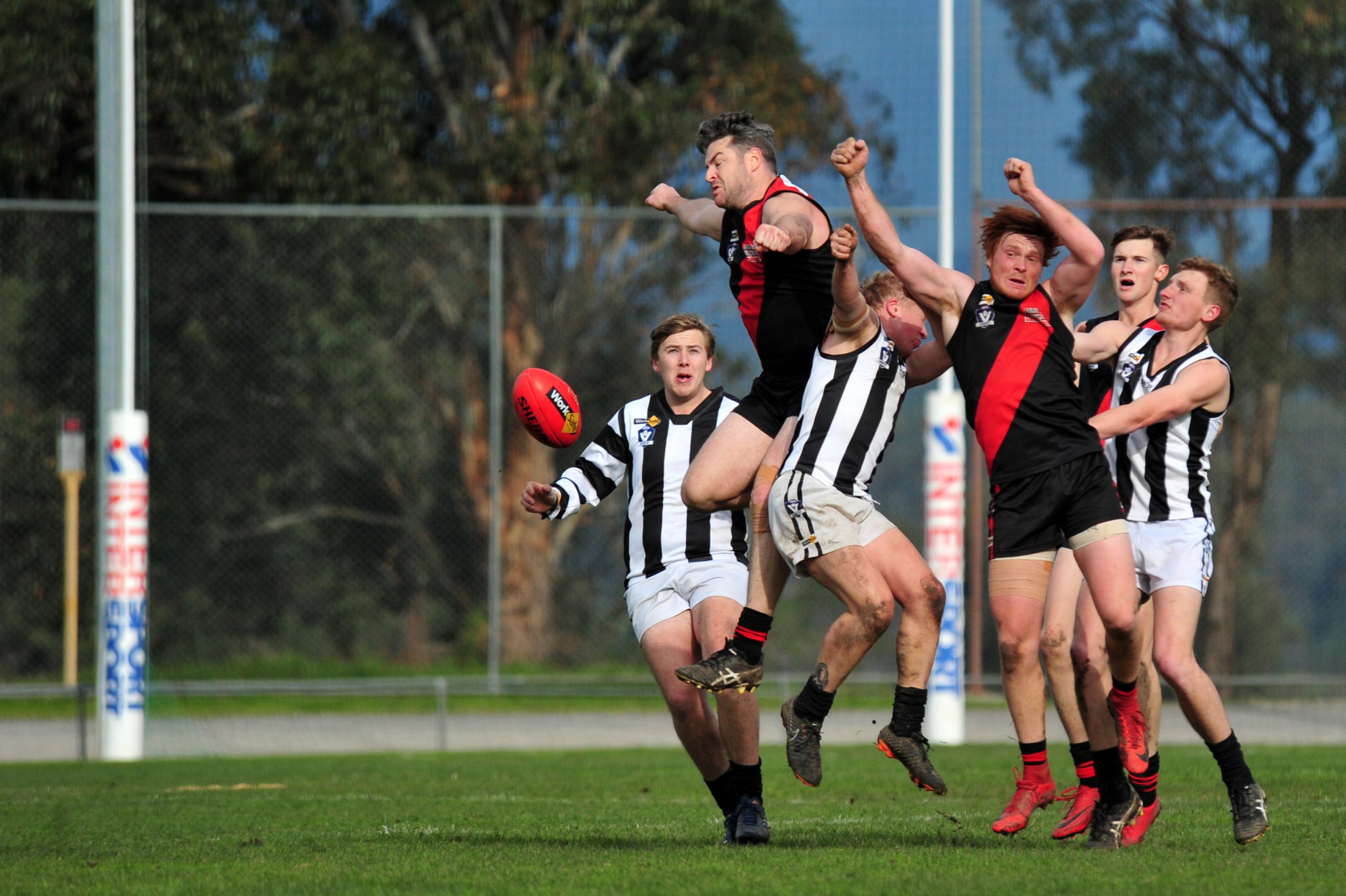 Traralgon-Tyers United coach Michael Duncan had the ball on a string for his side during one of their most convincing wins for the season on Saturday, booting 12 goals to bury Glengarry, 29.16 (190) to 1.3 (9).

The luckless Magpies could only watch as the Bombers romped home to their fourth consecutive win, managing just one goal for the day which came in the first quarter.

TTU had 14 goals to half-time and added another 15 in the second half in a goal-kicking clinic.

In his first game of the Bombers, boon mid-season recruit Harmit Singh got in on the action and kicked five goals.

Jordan Symons kicked Glengarry’s only goal for the game.

The Cougars couldn’t catch a break in the first term and came into the first break with no reward and six behinds from as many scoring shots to the Blues’ two goals and three behinds.

They found the goals in the second and kicked six majors to the Blues’ two to overturn the deficit and snatch a 17-point advantage at half-time.

Churchill’s lead was cut back marginally to 16 points at the last change before a two-goal-to-one closing quarter helped them run out winners.

Blake Slater proved the difference and finished with five goals for the Cougars.

Among the best for Churchill in the win were Slater, coach Chris Williams, Brendan Mason and Jordan Fenech,

Heyfield have snatched the all-important third spot with just three weeks to go in the home and away season with an impressive victory over Sale City, 19.15 (129) to 7.3 (45).

A narrow four-point lead was extended to 30 points for the Roos at half-time before another four took them out to a game-winning 52-point advantage at the last change.

The home side ran out the game in impressive fashion, adding seven goals for their best term of the day to make it 84 points at the final siren.

The Roos were able to limit the impact of Bohdi Walker to three goals and held the equally dangerous Nick Grainger goalless for the day.

On the back of five majors last week, Nick Woodland enjoyed another day out in the park and booted six goals.

The Roos have one of toughest runs home in the competition with Cowwarr, Rosedale and Yarram to come.

The only team with a less enviable end to the home and away season are the Bulldogs, who have Yarram, TTU and Churchill.

The Wildcats had their kicking boots on in the opening stages of the game, piling on seven straight goals to lead by 17 points at quarter-time.

Scoring slowed in the second quarter for both sides, the Saints unable to score at all while the home side added two goals and two behinds to extend their lead to 31 points.

Ryan Foat and Daniel Missen kicked four goals each in the win for the Wildcats while Gary Jones kicked three and singles went to four others.

The 182-point win brings with it a welcome percentage boost for the Demons who sit in second spot with 13 wins, one off the pace of Churchill.

Jake McFarland enjoyed most of the spoils on goal for Yarram, finishing with eight goals.

Among the best for the Demons were Bruns, McFarland, Underwood and Rodaughan.