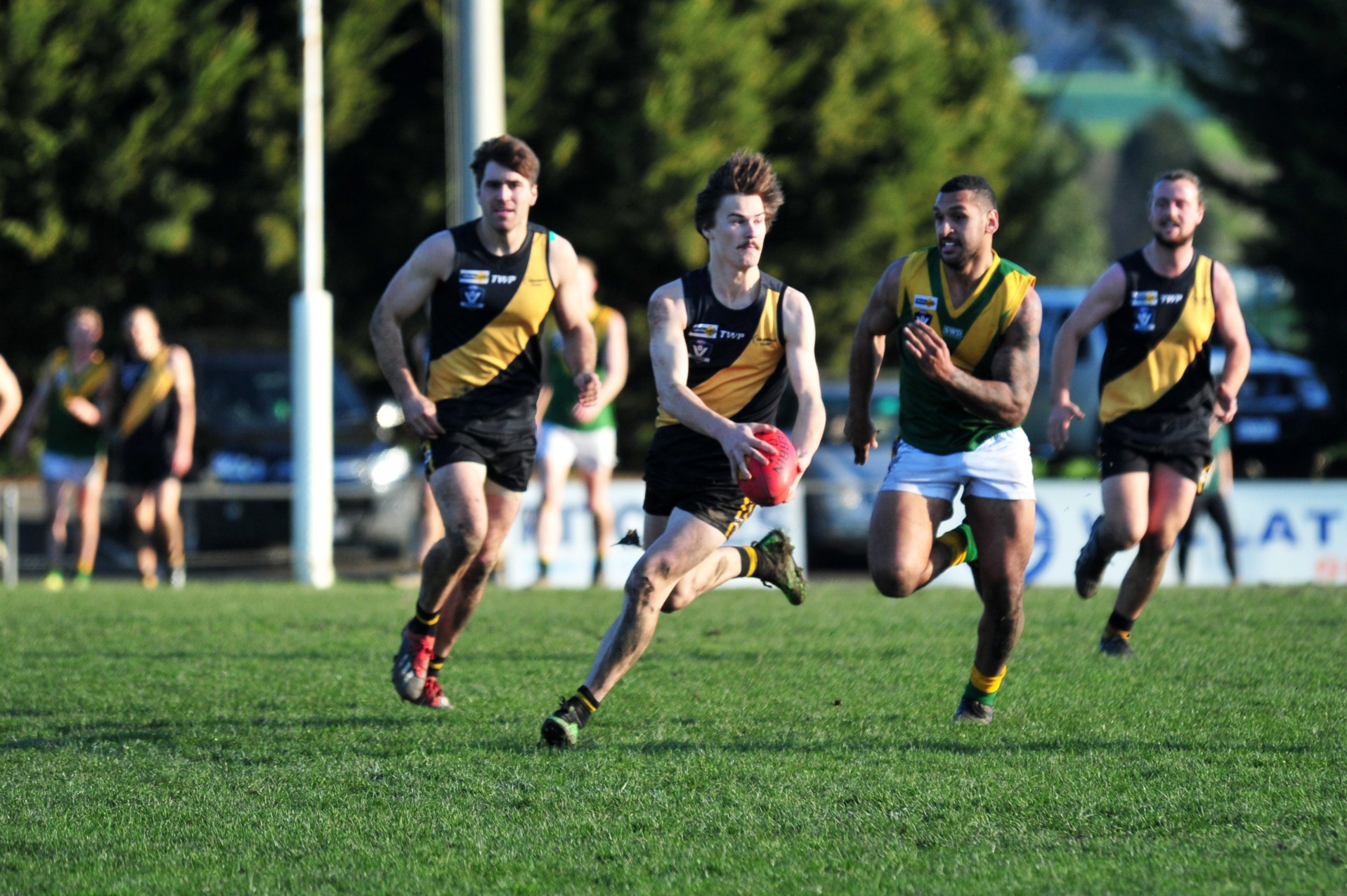 Yallourn-Yallourn North may be the unbeaten side of the MGFL competition but don’t think that the clear ladder leaders have not felt the pressure build in recent weeks.

Their drawn game against Mirboo North, who were subsequently beaten by this weekend’s opponents Hill End, was possibly the reality check they needed on the back of a 15-game winning streak.

The Bombers’ list is full of talent and, if they are given a little room to move and some favourable spring conditions, they will prove hard to beat.

On the other hand, if it is a wet day they have proven to be more vulnerable.

“We enjoyed the week off and the boys are ready to go. We have pretty much a full list to pick from after resting a few in recent weeks,” Bombers coach Barrie Burnett said.

“We look forward to playing Hill End. They have been playing well, have a lot of belief and have a lot of support behind them which is good to see.

“We will just work on getting the game on our terms and making sure we stick to the structures. Our fitness is where we want it to be [and] we are expecting a good tough game.”

Yallourn-Yallourn North have had the edge on Hill End on the two occasions they have met in the home and away season.

The first time around the Bombers snatched a victory from the jaws of defeat with a four-point win before comfortably accounting for the Rovers by 44 points in the rematch.

“This week’s opponent is clearly the most talented team in the league, coached well and supported well off the field,” Hill End coach Mike Santo said.

“I know they are very confident, and rightfully so. [They have] lots of good players who all play their role well.

“It will be a big week for our boys but we will have a real dip and never give up. Footy’s a funny game and all our really good players are peaking at the right time of the year so you never know what could happen … I know the pressure is not on us.”

The opportunity of a shortcut to the 2019 MGFL grand final is on offer so expect a match for the memory.

Yallourn-Yallourn North and Hill End will play the second semi-final on Saturday at Thorpdale Recreation Reserve from 2.35pm

The main fear of many players and coaches is a straight sets finals exit after doing all of the hard work throughout the season.

That exact predicament is what confronts Mirboo North this weekend as they prepare for a do-or-die first semi-final against Morwell East.

The Tigers started the year with a bang. A healthy sequence of wins put the traditionally slow-starters in the perfect position to pounce and they did just that despite a period of injuries and unavailability of players.

Mirboo North showed in the last game of the year that they could mix it with the best when they pushed the unbeaten top-of-the-table Bombers to a draw.

A week later, however, they were beaten by Hill End and now face a fight as they prepare for Morwell East who firmly believe they can take yet another step towards a grand final appearance.

“We need to look at the way we act on the footy field. There will be some forced changes and maybe a couple more. The pleasing sign is that we have some great options and depth in our group,” Tigers coach Josh Taylor said.

“If we have 21 guys who work for each other and stay disciplined, I know we are right there with the best.

“Morwell East, on the other hand, have a great midfield group and are structured well. We need to get them off their game early as they can be a side that is very hard to stop when they get a run on [so] putting four quarters of pressure on and interfering with their structure is a big key to us getting the win.”

The Tigers have had the edge on the Hawks during the season, winning by nine points the first time around before a clearer victory of 20 points later in the year.

“Our first half last week was really strong and gave us a good buffer leading into the third but they were never going to go away and threw everything at us,” Morwell East coach Devon Soutar said.

“We are very pleased to advance but not content. Our focus has immediately shifted to an experienced and finals-hardened side that has a perfect balance of class and grunt.

“Internally we have real belief [and] to say we’re excited is an understatement.”

Mirboo North and Morwell East will play on Sunday at George Bates Reserve from 2.35pm.