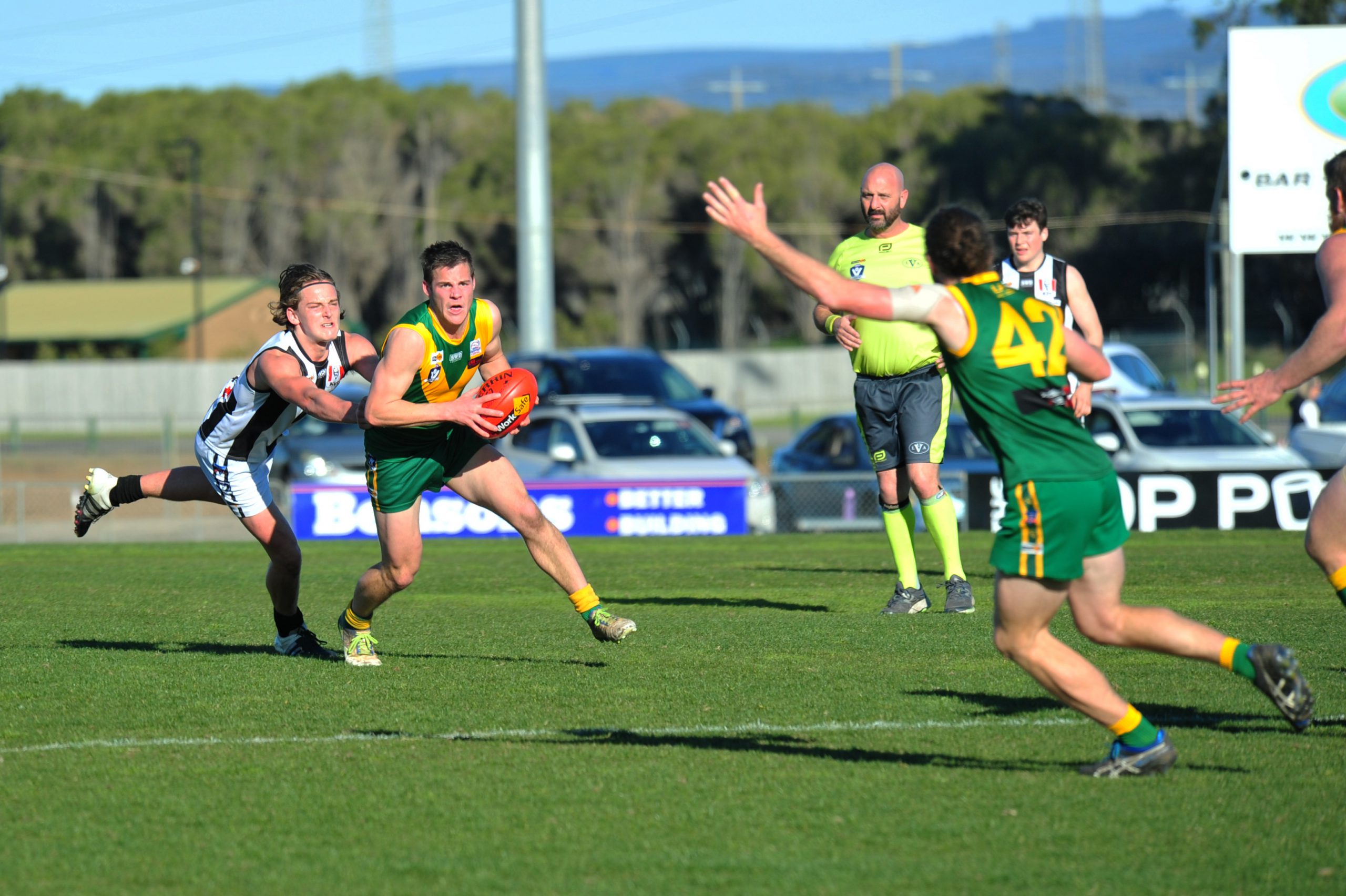 A fresh and fearsome Maffra side will clash with an in-form Leongatha outfit this weekend in the second-semi final with the winner moving through to the 2019 decider.

Parrots coach Paul Carbis said the feeling in the camp was one of excitement as the sides prepared to face off for the first time since round 10.

“All the boys are really looking forward to playing Maffra again,” Carbis said.

“We played them first up and then again mid-way through the season so it’s been a while and a lot has changed for both sides.”

Absent for Leongatha in their round 10 loss to the Eagles were Hayden Browne, Tom Marriott, James Lloyd, Sean Westaway and Cameron Stone, all of whom are up for selection this weekend.

Carbis said a boost in available personnel for the second half of the home and away season had brought with it a lift in performance for the Parrots.

“The last four or five weeks we’ve played the way we wanted to. We’ve focused on what we need to do well and have executed,” he said.

“We’ve started to get better as the weeks went on and that was the pleasing thing on the weekend against Sale and that’s really important again this weekend away against Maffra.”

With talent and form to burn, Carbis was wary of a number of facets of the Eagles’s game but said: “I think, as always, it always starts in the middle”.

“They’ve got the Carr brothers (Ed and Alex), Jack Johnstone in the middle and the Butcher boys (Danny and John) who didn’t play against us last time,” he said.

“They’re actually very similar to us in that they’ve got a lot of talent on all their lines but we’ve just got to make sure that in the midfield we’re either on top or breaking even.”

Carbis admitted there were “a few sore bodies” in the Parrots camp ahead of selection tonight, however, said it was par for course in a finals series.

MOE may have cruised through to this weekend’s semi-final with a crushing win over Drouin but Sale present a tough task for the Lions.

The Magpies were no match for defending premiers Leongatha at the weekend and were downed by 55 points but have saved some of their best football for games against Moe this year.

In round six on the road Sale came to play and handed the Lions a 30-point defeat and backed it up with a 21-point victory in round 15.

Looming large for Moe ahead of Sunday’s do-or-die semi are Spencer White who bagged five goals and Thomas Long, who kicked five majors, in their side’s big win over Drouin in the elimination final.

A number of other Lions have also shown their mettle as big-occasion performers, including Bernie Vince, Tom Fleming and Ben Morrow who were all standouts at the weekend.

For Sale the obvious major weapon is goal-kicking machine Brad Dessent but a number of other players – including Jack Lipman, Jack Mclindin, John Gooch and Jordan Dessent – have a proven capacity to turn a game on its head.

The winner of Sunday’s first semi-final will play off in the preliminary final against the loser of Saturday’s game between Leongatha and Maffra.

Second semi-final: Traralgon v Maffra on Saturday at Maffra Recreation Reserve from 10.45am

First semi-final: Warragul v Leongatha on Sunday at Traralgon Recreation Reserve from 10.45am

Second semi-final: Traralgon v Warragul on Saturday at Maffra Recreation Reserve from 9am

First semi-final: Sale v Moe on Sunday at Traralgon Recreation Reserve from 9am