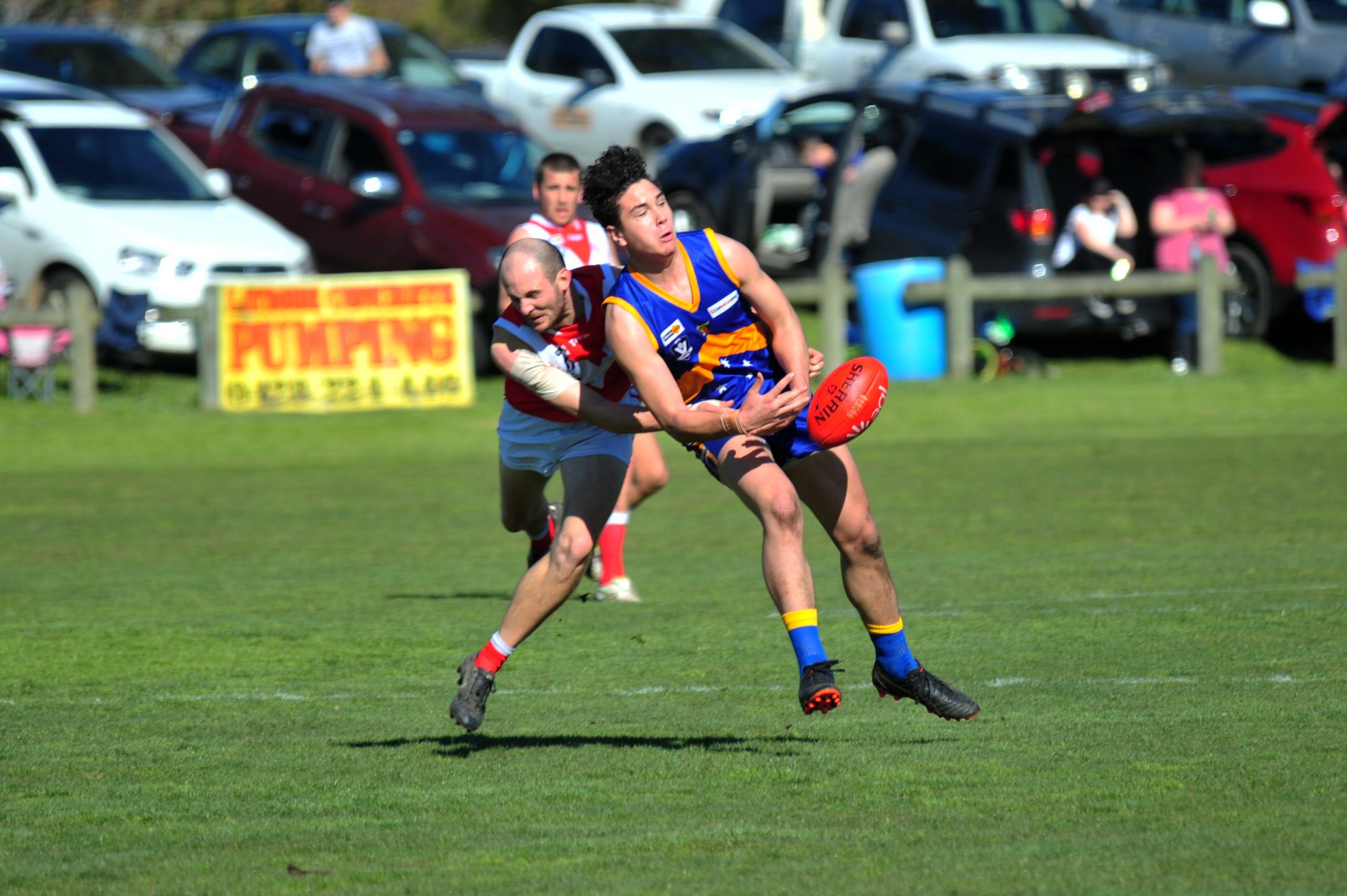 With Yarram prevailing in an epic second semi-final on Saturday they have earned the week off to prepare for next weekend’s premiership decider at Traralgon.

While Sunday’s first semi-final between Rosedale and TTU may not have scaled the lofty heights of Saturday’s match the winner, Rosedale, find themselves on level footing with Churchill come Saturday when the ball is bounced in the NGFNL preliminary final.

For the winner it is a date with Yarram and a chance to drink from the premiership cup while for the loser it is a long wait for redemption in season 2020.

Yarram coach Matt Scholz acknowledged what a great game the second semi-final was to play in but quickly turned his attention to the coming weeks.

He said the Demons would be training as normal this week “to keep that continuity going and to keep working on our skills” as well as ensuring the seniors “assist the reserves’ finals campaign”.

That campaign has Yarram’s reserves lining up on Saturday against TTU with the winner set to play Churchill in the big one.

Scholz encouraged all Yarram supporters to get along and support not only the reserves but also their under 17s and A grade netballers.

He did confess, however, he would be keeping a close eye on the Churchill and Rosedale match while the netball was on.

Scholz has a couple of worries leading into the grand final with Ben Vardy injuring his knee on Saturday and off for scans.

The other involves gun player Jack Weston and his role with Gippsland Power as a coach.

If Power progress in their finals campaign Weston won’t be available grand final day and, after playing such a pivotal role in their second semi-final win, his potential absence is a big loss.

Churchill too would be a player down should Power progress with Alan Chandler also involved in a coaching capacity.

Like his teammates, however, Chandler’s attention will be squarely focused on the week ahead at this stage.

His coach Chris Williams lamented his side’s slow start last week against Yarram and acknowledged that this week the Cougars “need to be up and about from the start of the game”.

Rather than dwell on an opportunity lost, Williams said his focus was to ensure this week he and his team “continue to play to our strengths” and felt that by doing so his side’s ability would “stack up and see us have a win on Saturday against a speedy Rosedale side”.

Williams was unable to confirm any line-up changes but did think with some wet weather forecast that “conditions may play a part on the day”.

In a manner synonymous with the Williams name at Churchill the coach said the side would need to “crack in for each other” if they were to win their way through to a second grand final in as many years.

Rosedale coach Sam Bristow wasn’t too perturbed about Churchill having the home ground advantage and said “they are a very hard team to match up on wherever you have to play them”.

Bristow said the Cougars “have been on top of the ladder all year because they are the best all-round team”, laying claim to “a good mix of experience and youth” with “genuine quality across every line”.

While the Churchill coach did not confirm his selection Bristow was adamant Cougars forward Ben Kearns was highly likely to come into the side.

Bristow indicated there was a possibility of one alteration to his team that took care of TTU last week but added he would “wait until Saturday to make that call”.

Thirds: Heyfield v Churchill on Saturday at Gaskin Park, Churchill from 10am