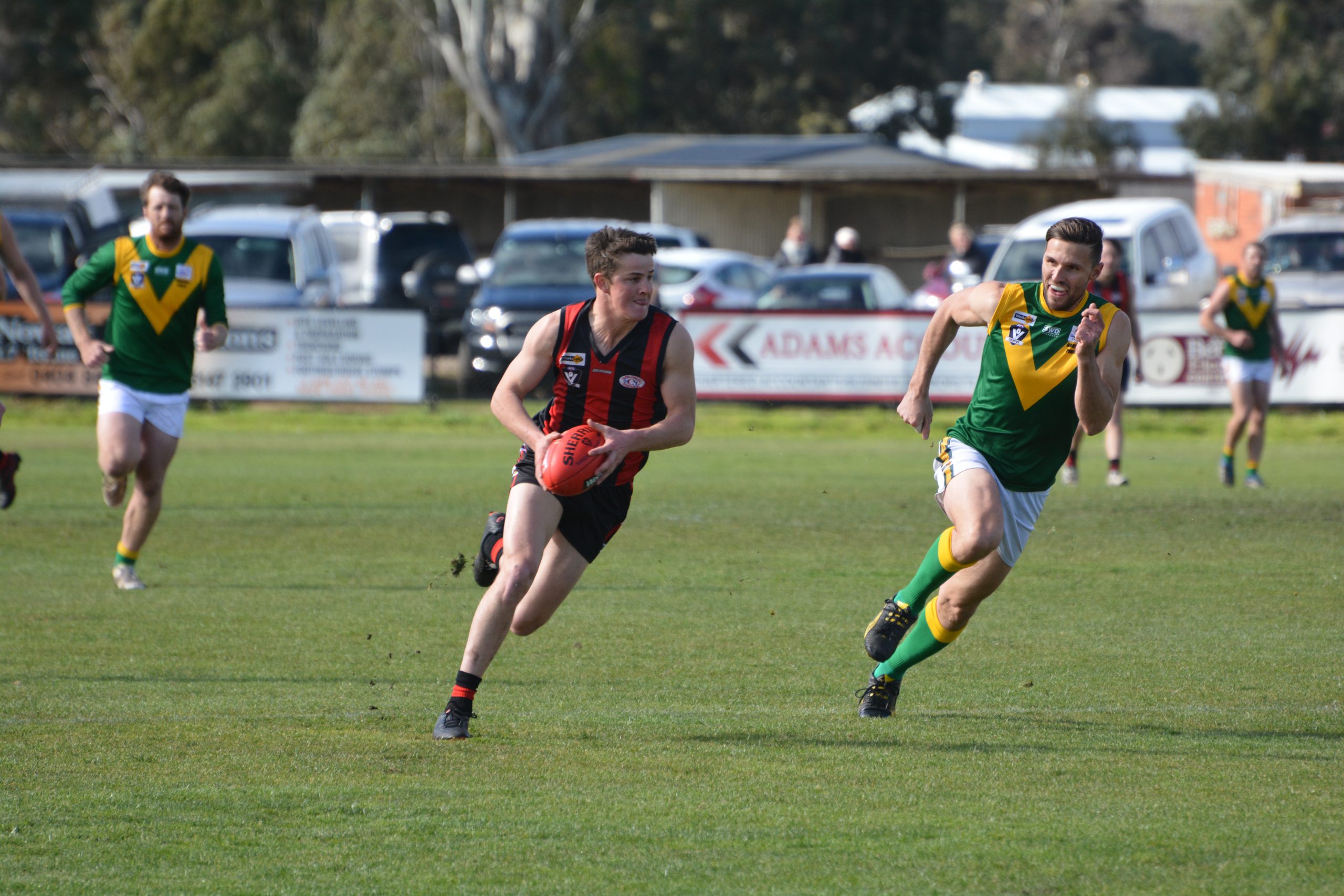 Maffra marched into a fourth consecutive Gippsland league senior grand final on Saturday with a clinical win over defending premiers Leongatha in the second semi-final, 7.7 (49) to 3.6 (24).

The Eagles had the better of the play in the opening term, hitting the scoreboard for three straight goals before the Parrots replied with a late major.

With an 11-point lead Maffra were limited to just two behinds in the second term while Leongatha added one goal and one behind to cut the gap and trail by six points at half-time.

It was one goal apiece in a slow-going third term, the Eagles up by seven heading into the last term thanks to a late goal through Tom Jolly.

Maffra kicked into gear in the run home, piling on three last-quarter goals to run out 25-point winners and move through to the big game.

Jolly finished with two goals for the Eagles, as did John Butcher and Mitch Bennett.

Among the best for Maffra were Ed Carr, Danny Butcher and James Huts.

Leongatha now come up against Moe in the preliminary final.

Spencer White found the goals for the Lions within three minutes of the first bounce and struck again late in the piece with his side’s only two goals for the quarter while Sale kicked one.

Inaccuracy proved to be Moe’s only opposition in the first term with six behinds added to the scoreboard.

A nine-point lead at quarter-time was extended to 21 at the main break and 29 at three-quarter time.

Among the best for Moe were Jacob Wood, Mitch Stanlake and Ben Morrow.