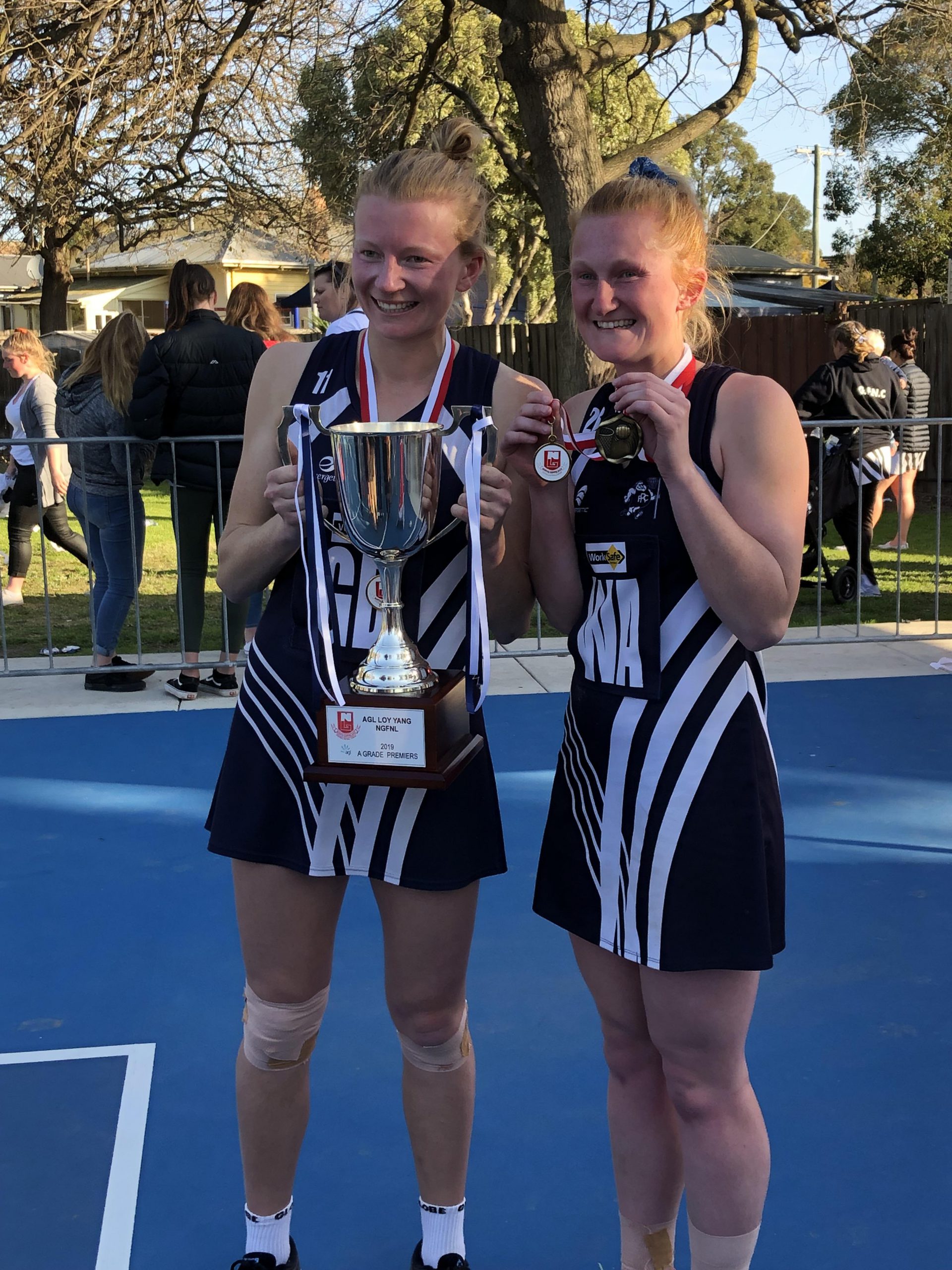 When gun defender Amy Harrison was awarded best on court in Rosedale’s grand final win over Churchil in 2018, younger sister Megan said watching her sister earn the gong was “sweeter than me ever getting it”.

An elated and shell-shocked Megan was forced to eat at least some of her words after Saturday’s back-to-back premiership win as she got her turn with the 2019 best on court award.

A stellar game through the mid court was enough to seal the award for Megan who conceded it was “pretty freaking cool”.

“Amy is an outstanding netballer and don’t get me wrong, we’re both athletic, but we are built differently, she is so agile, she is tall and she has always just been that little bit better than me,” Megan said.

“I think it just goes to show though that she played an amazing game but we played opposite ends of the court.

“Amy always says, because she’s so modest, that we play different positions so you can’t compare it but winning another flag with Amy is just a dream.

“But this … I don’t even dream about getting a best on court.”

Still coming to terms with the dual flag wins, Amy said playing alongside Megan in back-to-back flags was a far greater reward than any individual accolade.

“It’s a bit surreal, we just didn’t expect to win, so we were all just standing around like ‘did we win?'” she said.

“To be able to do this together is really special.”

“I think it was a game of two attacking ends for a game when usually with Woodside it’s very much whoever defends better wins but it was the opposite today.”

On her little sister’s individual performance, Amy said: “I thought she had an absolute cracker”.