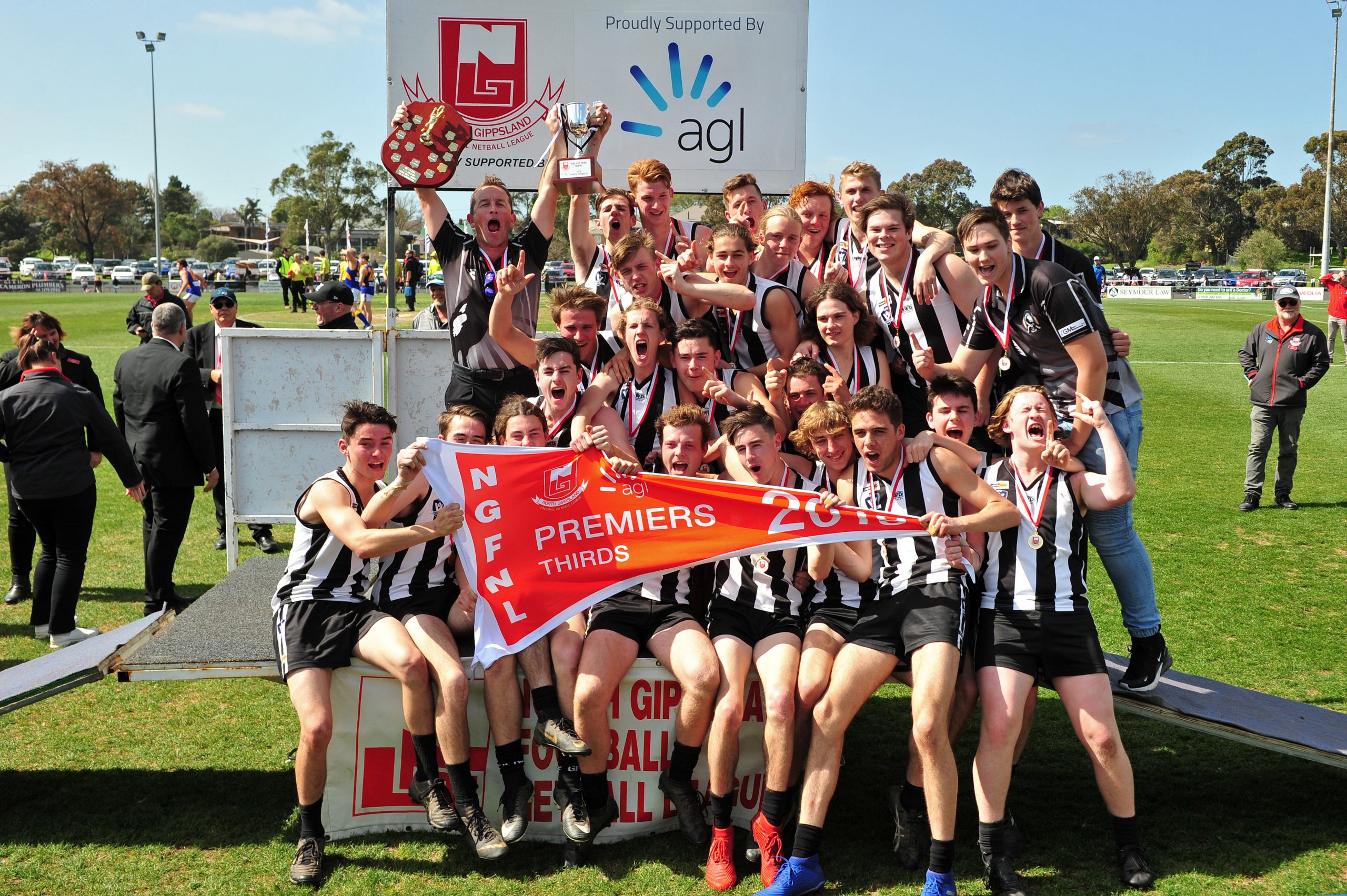 Glengarry completed the perfect season in the North Gippsland thirds competition, keeping their unbeaten record intact with a resounding victory over Chuchill to win the flag, 9.20 (74) to 3.5 (23).

With the exception of some inaccurate kicking on goal, the Magpies were never challenged during the decider and ran out 51-point winners.

They kept Churchill scoreless in the first term while adding two goals and six behinds to lead by 18 points at the first change.

The Cougars found the score board in the second and added two goals of their own, however, Glengarry increased their lead to 25 at half-time.

The Magpies had just one goal from 10 scoring shots in the third term but kept the Cougars scoreless again to extend the buffer to 39 points at three-quarter time.

A three-goal-to-one final term was a fitting way for Glengarry to cap their season and romp home to take the premiership.