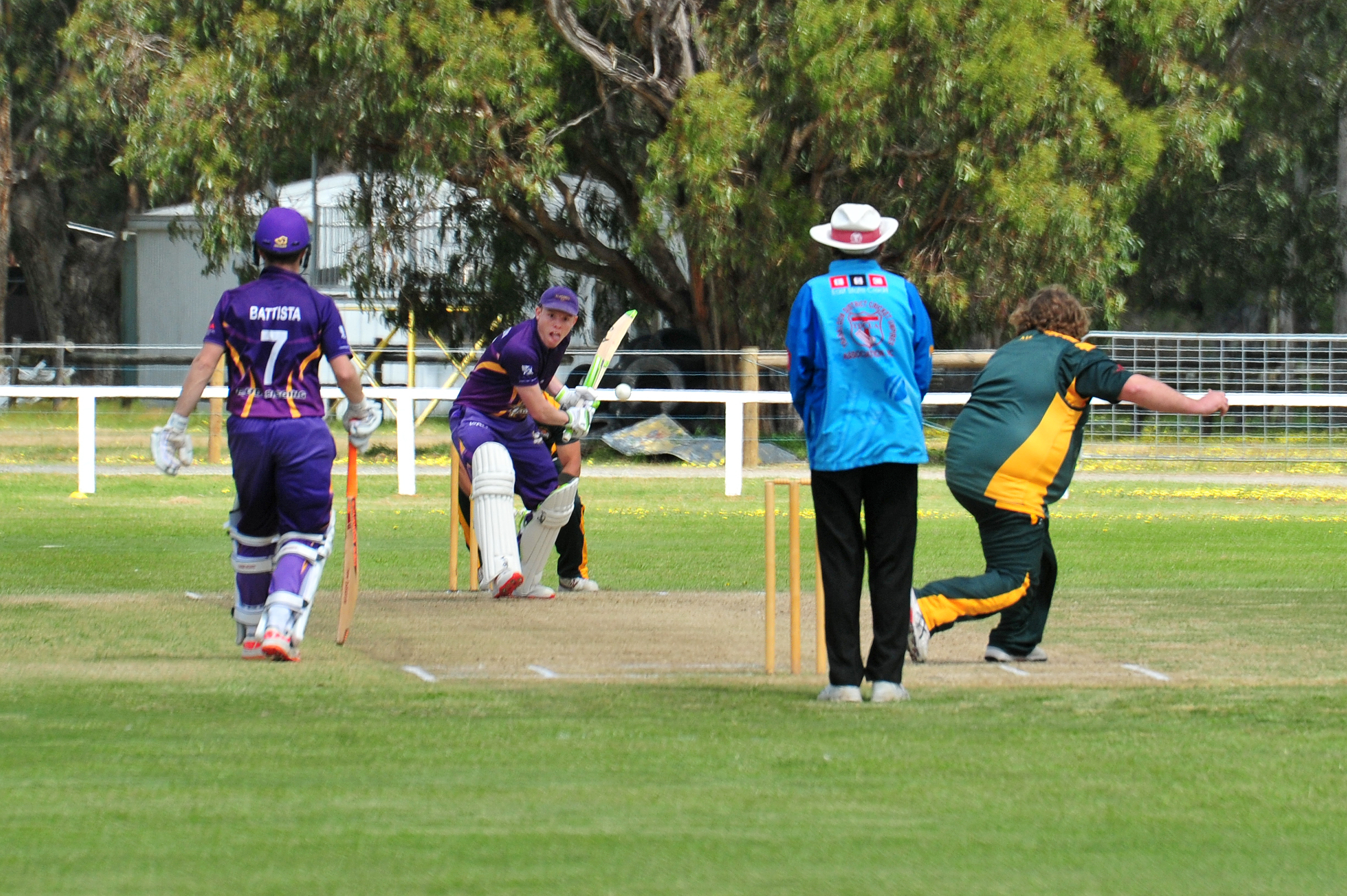 Ex Students easily accounted for reigning premiers Toongabbie in the clash of the competition heavyweight while elsewhere Rovers started the season in sensational fashion with a big win over Glengarry and the Imps got home in a nail-biter over Gormandale.

The Rams won the toss and sent Ex Students into bat with immediate success as the prized wicket of Lee Stockdale was taken for 4.

This was all the joy the Rams got as the Sharks showed why they are a super side and had many contributors as they reached a super competitive 220 with Jackson McMahon (44), Jordy Gilmore (33), Ric Battista (43), Matt Robertson (29) and Mick Stockdale (24*) all making solid inroads into the attack.

Conner Hughes the Rams best with the ball snaring 4/35.

The premiers never threatened the formidable total and limped to 153 with the side all out in the 47th over.

Batting first Rovers were in command very early and produced the round high score on the batsmen friendly Duncan Cameron Park.

Justin Little and Dougal Williams both made 67 while Ewan Williams has started the year in great form with 85.

Despite new skipper Al Jenkin starting the season with a top score of 57, Glengarry were in strife at 9/149.

A last wicket stand of 52 saw Glen fight out the day with Cam Graham making 52 and James Porter 10 as the side were all out with a few balls to spare for 201.

Hayden Willaton and Tyron Bramwell both took three wickets each.

In the closest clash of the round, Imps have got home with two wickets in hand.

Nat Campbell was superb spinning his way to 4/23 while Nick Scammell took 2/21.

The Devils were always ahead of the run chase but everytime the side looked comfortable a wicket would fall.

Brett Chapman was in very good touch with 46 while Ross Williams (21) and Nick Scammell (21) did what was required to get the Imps across the line.

Shane Barbour, Adam Brady and Luke Henderson two a couple of wickets each.