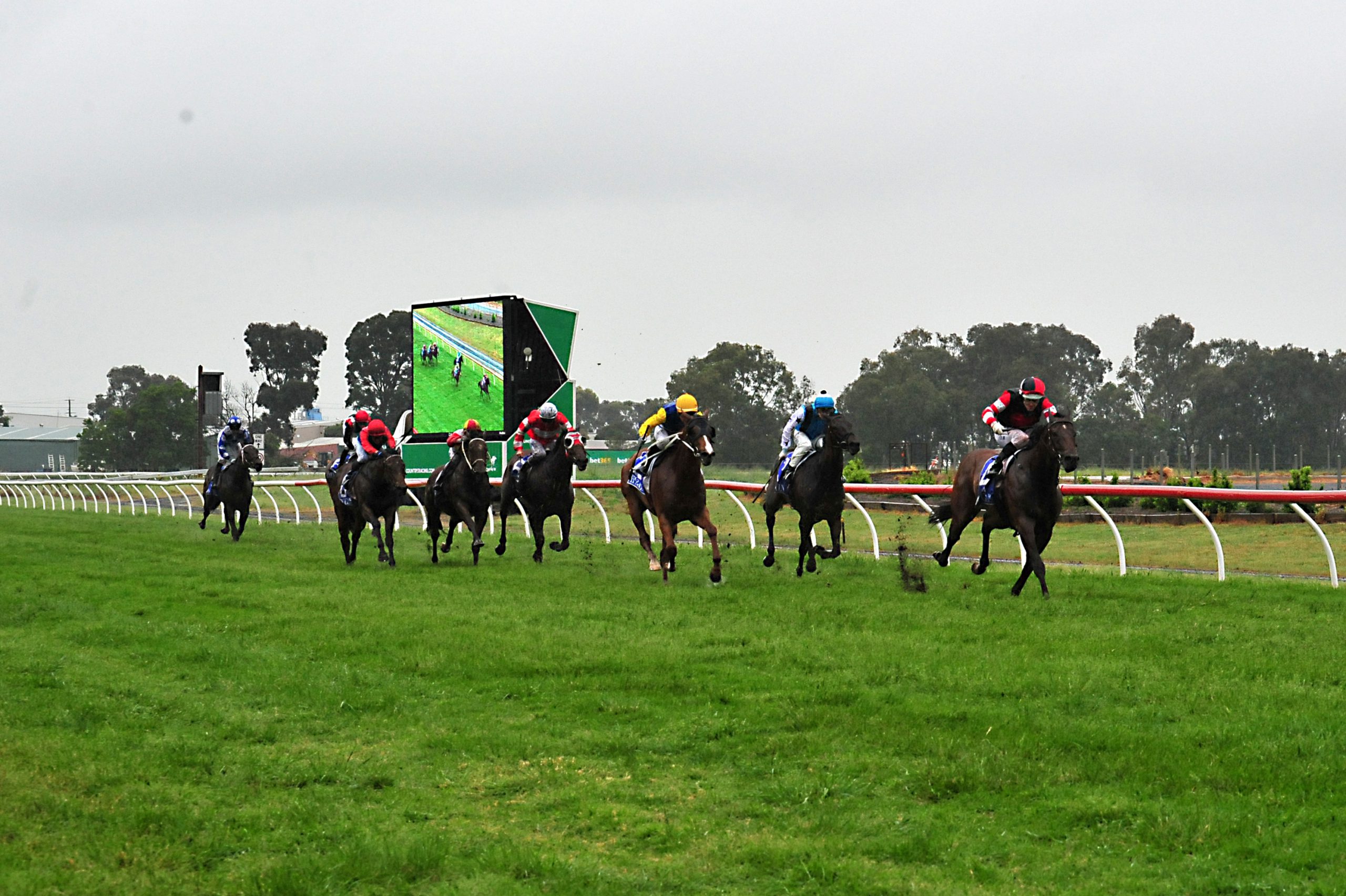 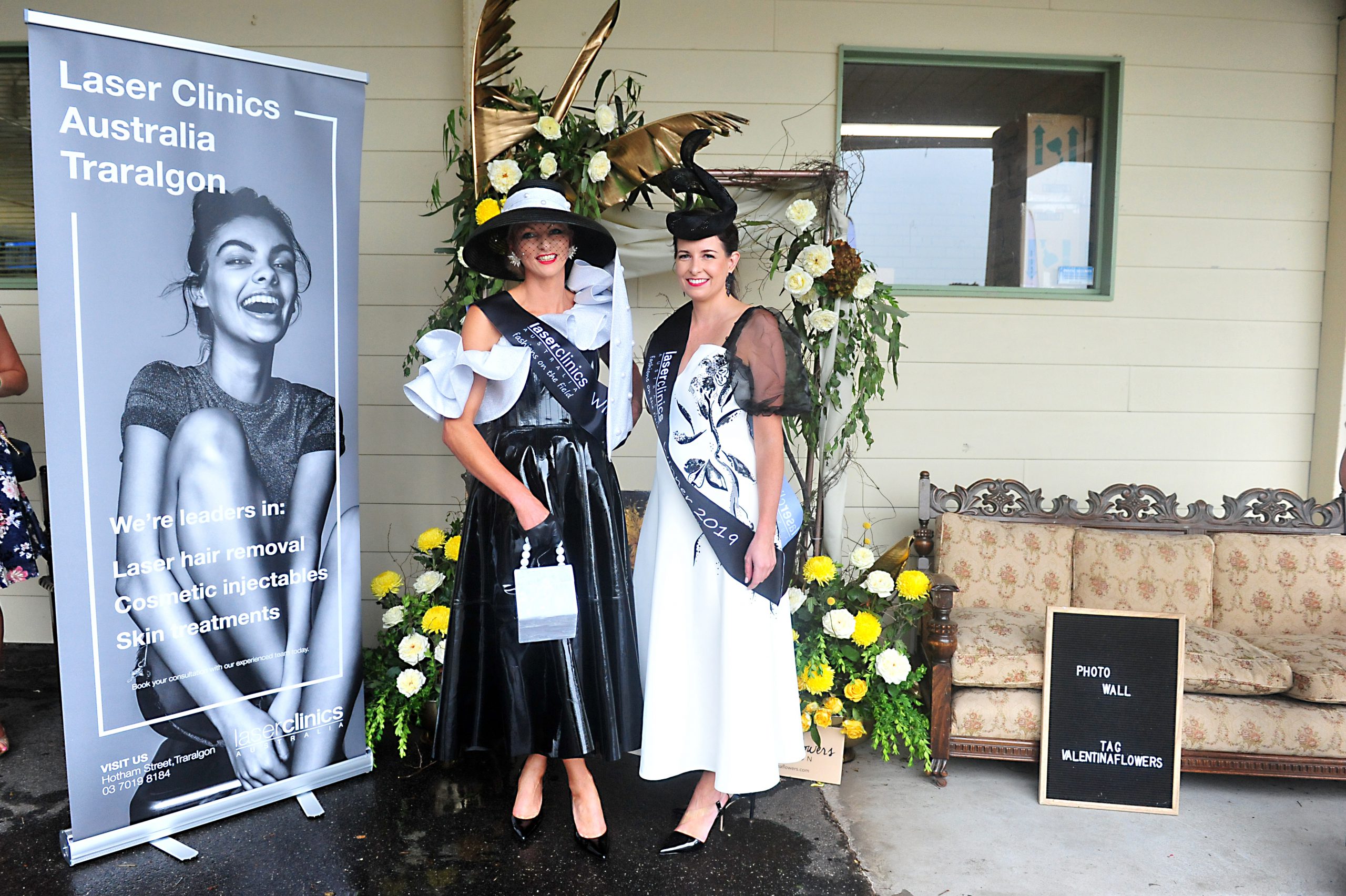 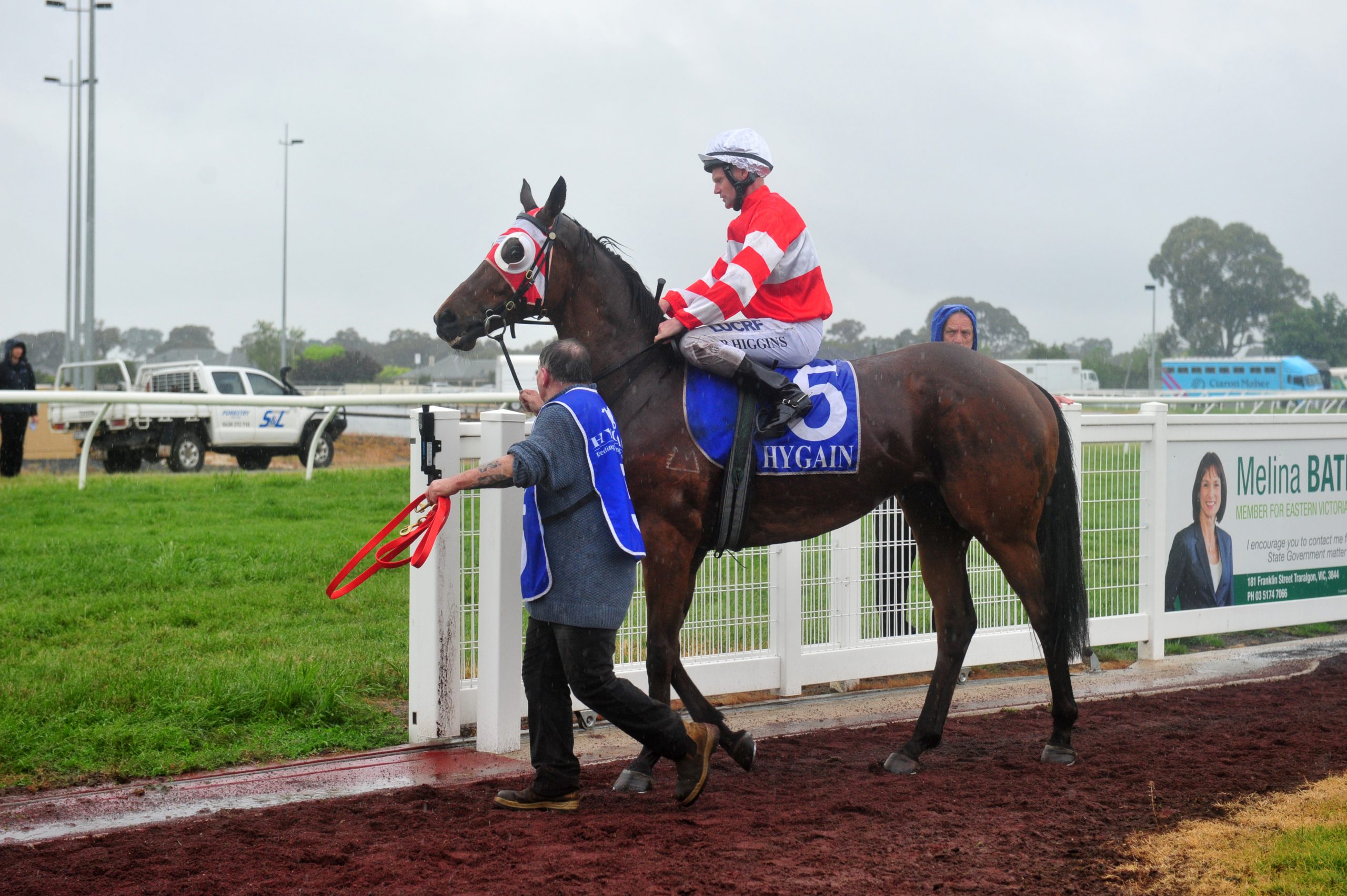 Derby Day went ahead at Latrobe Valley Racing Club despite persistent rain hitting the region across the day.

The woeful weather had an impact on course with the last race of the seven-race card abandoned, however, it didn’t prevent racegoers from having a good time around the track.

LVCR chief executive Jenelle Fothergill told The Express revellers were able to enjoy themselves despite the rain.

“Everyone undercover had a fantastic time and it was nice to see people walk out smiling and laughing,” she said.

“We had to expand the Off the Bench marquee at the last minute due to increased numbers and they had an absolute ball in there.

“Everyone in the marquees had a lovely day and at the end of the day we had to show people the exit because they didn’t want to leave.

“I want to thank patrons for their good humour in the rain.”

The track was downgraded to a Soft 7 for the running of the sixth with the decision to scrap the final race being made due to poor visibility.

Fashions on the Field

The Fashions on the Field was moved to an undercover area due to the soggy conditions but that didn’t put a dampener on proceedings according to Ms Fothergill who felt the drawcard nearly made up for the abandoned seventh race.

“The standard was amazing and the quality of attire was very impressive,” she said.

“There was a massive crowd [who offered] massive applause which made it like a horse race of its own.”

Locals dominated Fashions on the Field with Traralgon residents winning four of the five categories including best dressed lady and best dressed gentlemen which was won by Alison Spence and Ashley Roscoe respectively. Rose Calabro won the best dressed child while Sam Schulz seized the sash in the best dressed diamond. Karlie Owen travelled from Cranbourne South to win the best millinery category.

Their first win came in race two with $4.80 chance Titan I Am charging home to beat Annabeth and Kiezer.

The pair got up in the next race with Yanacocha ($4.60) beating Beau Mec and Moss Landing by half a length. There last triumph in Traralgon came in the form of French Fizz ($4.40) who pipped Kaphit on the line.

Maher and Eustace weren’t far off having a perfect day with $4.20 hopeful Cataracta running third in race five.

The partnership, who have three Group 1 wins under their belts, will be at Flemington on Tuesday with Southern France running in the Melbourne Cup.

A key factor in Maher and Eustace’s success was Group 1-winning jockey Harry Coffey who was on all four of the duos runners.

The 24-year-old was also aboard Hunch for Amy and Ash Yargi.

Coffey must have been confident of success in the Valley as he forewent his annual pilgrimage to Wycheproof.

The Swan Hill jockey has competed in every Mt Wycheproof Cup since 2012 including in 2016 when he went into Mt Wycheproof and District Racing Club folklore by winning six of seven races, including the Cup which he won with Vianden trained by his father, Austy.

No luck for Moe trainers

There was little on offer for local trainers at Traralgon with only a couple of places throughout the day. Race one saw Paul and Tracy Templeton’s Deyama ($3.40) bolt at the line only to lose to Hot Glory by a fifth of a length.

Miracle ($8) gave a good account of herself for Peter Gelagotis in race four, finishing second by a length to The Armani.

Molly Dook ($14), out of the Ian Jones stable, ran second to last in race three, only better than Russell Cluning’s Bonnie Redeem ($26). Cluning had two runners on the day with the other, Yasey Sun ($11) running six out of nine in race five.

Cluning’s Game Up Hardy and Catherine Martindale’s Longneck Larry were in line to run in the last before it was abandoned.