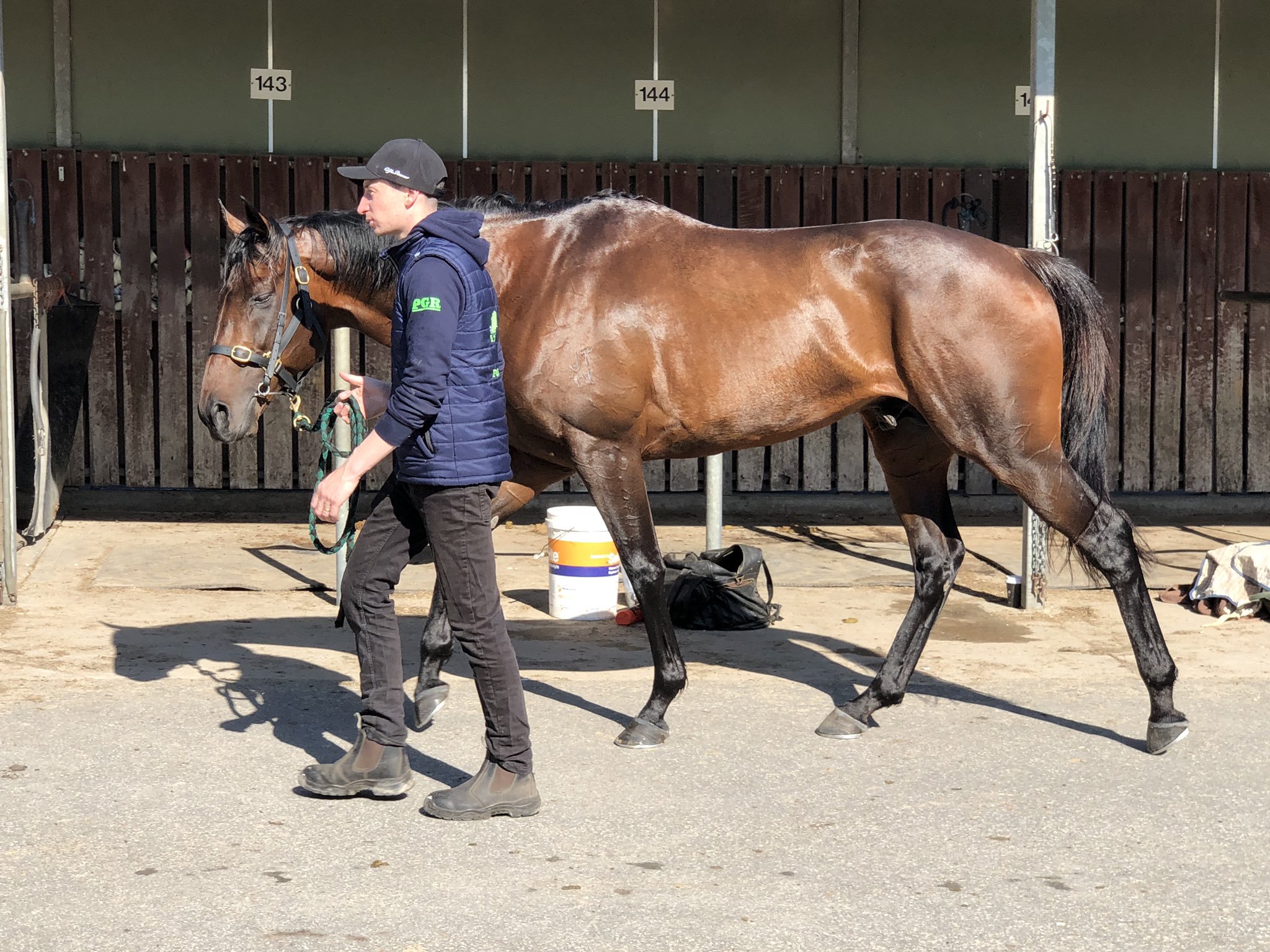 Champion Moe galloper Levendi is set to return to the track after a 588-day layoff in Saturday’s Kevin Heffernan Stakes (1300m) at Sandown.

The Peter Gelagotis-trained charge had bone chips removed from his knee following his memorable ATC Derby triumph at Randwick in April 2018.

He was preparing for an autumn return only to suffer a pelvic fracture during a Warwick Farm trial in February.

The five-year-old stallion, ran fourth in a 990m trial at Cranbourne on Monday, leaving Gelagotis confident the Group 1 winner was ready to make his racing return.

“I loved the way he stepped out of the gates,” Gelagotis told racing.com after the trial.

“He was nice and bright and strong out of the machine. [Jockey] Jye [McNeil] had to let the speed go and come back on him and he relaxed beautiful.

”I thought his endeavour and enthusiasm is what we expected and I thought he ticked the boxes.”

Levendi has won five of his 10 career starts, but is more accustomed to running at distances greater than Saturday’s assignment.

However, Gelagotis said it would be a good litmus test to see where the horse is at in preparation for next autumn.

”It was going to be tight to get a spring campaign into him and it would have been pushing the envelope, so we had to make that conscious decision about his future,” he said.

”He’s got a future as a stallion and so the sounder we keep him now, if he can return in the autumn and perform credibly it holds him in good stead going forward.”

McNeil will be aboard on Saturday.

Moss ‘n’ Dale will also run at the meeting with the seven-year-old lining-up in the Eclipse Stakes (1800m).