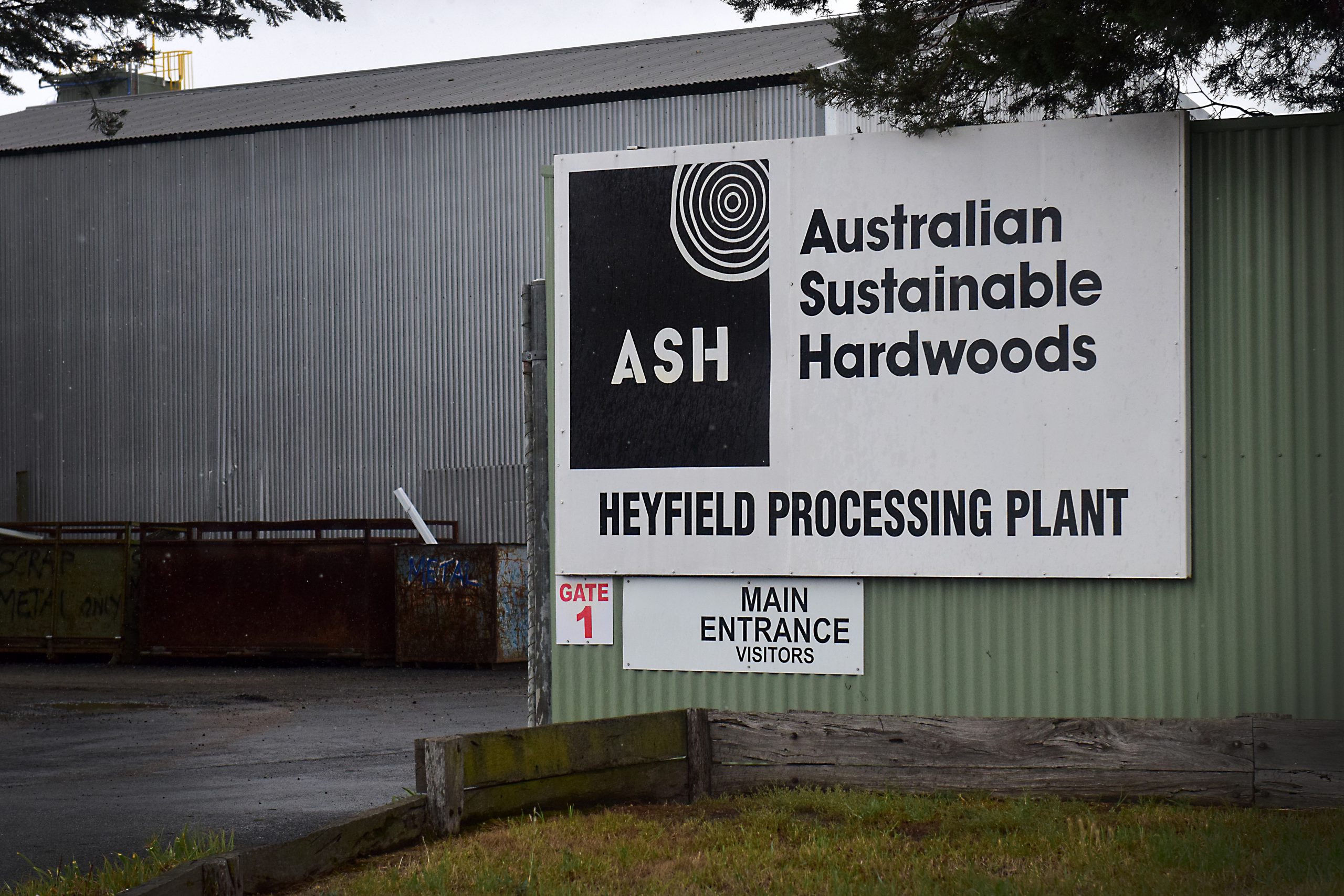 As the timber industry comes to grips with the impending end of native forest logging, Australian Sustainable Hardwoods chief executive officer Vince Hurley has vowed to fight to “overturn” the state government’s decision.

Mr Hurley told The Express the announcement last week “came completely out of the blue” and accused the state government of “pandering to politics rather than facts”.

“As usual, our employees heard it through the media. These people have been through enough,” he said.

“But we’ll be working very hard to overturn the decision and the Australian Forest Products Association will be leading the charge.”

The state government became a 49 per cent silent shareholder of ASH in 2017, in a move Mr Hurley described as “a means to an end” for the business.

Since the buyout, he said the Heyfield-based company had turned an eye towards the future, looking at long-term sustainability and investing heavily in the manufacturing side of its operations.

“‘It’s now a manufacturing business that mainly turns logs into slabs but we also buy other feedstock, import raw oak from the United States and manufacture it here, which is unusual but it’s what we do,” he said.

“Over the last two years we really have transformed very successfully. We’re strong and profitable and we’re employing more people.”

Before the announcement, expansion plans were underway with the purchase of a new innovative bandsaw.

The super high strain twin bandsaw, which is the only one of its kind in Australia, can cut through any type of timber on the market.

“What’s disappointing is that we want to diversify and expand,” Mr Hurley said.

“It basically can cut a much bigger range of logs and opens up the saw mill to cut any resource whatsoever, and that’s any hardwood resource.

“Rather than just rely on good quality ash logs, we put a saw in that could cut anything.

“But there’s wood and logs available until 2030. We’re going to have a red hot go and probably win most of them”

Mr Hurley said ASH was also in the process of transitioning to mixed species logging.

“We knew that the ASH resource was decreasing in volume but we had plans to still be operational long beyond 2030,” he said.

“We’re also building a new 5000-square-metre manufacturing plant, which is the fifth one, to manufacture mass timber columns and beams.

“That enables us to use a whole wide range of species in making beams and, in addition to feed from our own saw mill, we can use other products including pine.

“So we really did diversify the business to make sure we would be a strong into the future.

“We’ve got 170 employees and that could have been as low as 119 if we just sat back, but we really got stuck into transforming the business into a manufacturing plant that has a saw mill.”

Mr Hurley also raised the issue of environmental sustainability and claimed there was “a lot of misinformation” being circulated.

“Everything here is monitored – noise, water, soil, you name it.” he said.

“We basically track all of our wood and it has to be certified and that’s another key.

“The figure that came out from VicForests is that for everyone 10,000 trees in forest, we use four and they’re replaced.

“That’s the whole of the industry. That’s a big factor – it is sustainable.”