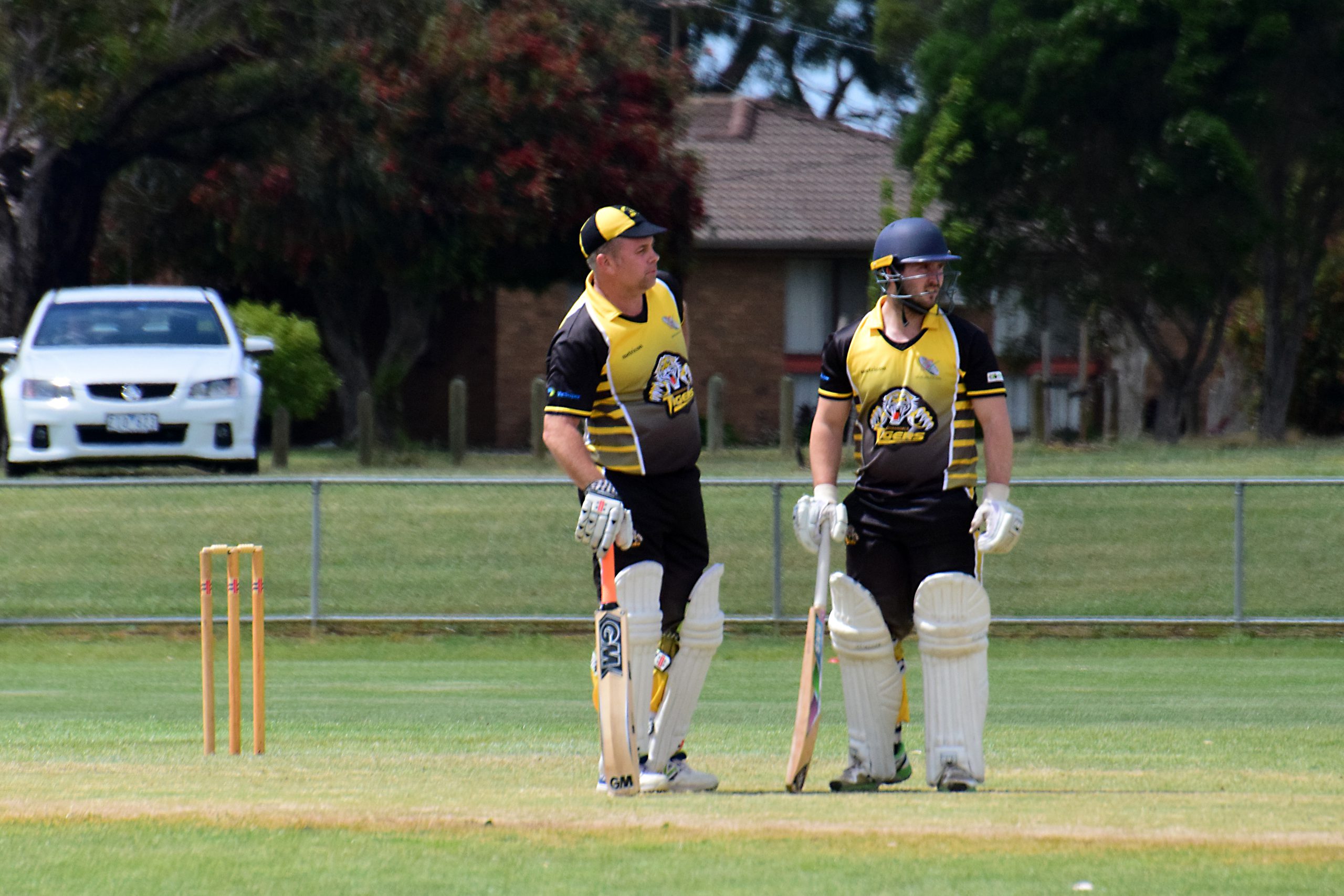 Round 6 of the TDCA did not disappoint with all three matches delivering something special after a frustrating three weeks of washouts.

In the battle of the heavyweights, Ex Students and Toongabbie couldn’t be separated as last season’s grand finalists played out a tie. Ex Students batted first and were on the ropes early as none of their batsmen were able to settle against the potent Toongabbie bowling attack.

In a good sign for the Sharks, Lee Stockdale was able to get his highest score for the season but Toongabbie’s bowlers were just too good and didn’t allow any of the other Ex Students batsmen to get over 25.

Toongabbie’s new star signing Mitchell Floyd introduced himself to the TDCA taking a five-wicket haul while Keenan Hughes and Sam Moran both claimed two. When it was time for Toongabbie to bat, their top order didn’t do too much better than Ex Students and with the score on 4/32 it looked like the Sharks were in the box seat.

Kev Stoddart, Tom Shippen and Jason Veneman all got starts to help build the score, but it was left up to Rob Wheildon and Richard Hughes at the end of the match who were able to get the score to 146 which tied the game but then just couldn’t get that last run to win it.

Ties don’t happen too often in cricket and surely both teams will look back on this match when the dust settles and recognise that they both played in something special.

Imperials had a magnificent win against Gormandale on a day when talented young batsman Ryan Morley showed just how good he could be, notching up his first A Grade hundred.

Imps won the toss and bowled expecting the wicket to offer a little bit more support to the bowlers but as usual, the Stoddart Oval deck was a batsman’s paradise.

After dropping Chris Lehner in the first over Imperials then had a hard task with Gormandale’s opening batsmen batting well up until drinks.

Cricket is a funny game and little moments can build big reputations for players and as Brett Chapman threw the ball to part-timer Morley before drinks who went on to claim the wicket of Lehner – Morley will now be Imperials golden arm bowler for the rest of his career.

Paul Roberts showed that experience matters making a brilliant 74 while Matt Hibbs made 50 not out to put his side in a winnable position.

The third generation Imperial had to get through a tricky period early as Imps lost three for 22 until Nick Smith joined the youngster.

Imps and Morley built their innings perfectly and with four runs to win in the final over of the day Morley was able to loft a straight drive to the boundary with two balls to spare, which not only won the match, but also brought up his century.

It’s hard to not be romantic about cricket when things like that happen and in what was truly one of the most well compiled hundreds anyone will ever witness the day certainly belonged to the young opening bat.

Glengarry got on the board with a commanding win over Rovers.

Rovers won the toss and batted first but at three for 34 skipper Dougal Williams would have been thinking maybe he should have bowled but as Williams was joined by Conner Little they built a steadying partnership to help get the score up to 143 from their 50 overs. James Porter was the best of the bowlers for Glengarry claiming three wickets while the two Sri Lankan imports Ruchira Perera and Iraan Indika both took two.

Glengarry then got to work with Al Jenkin and Frank Marks putting on 111 for the first wicket before Jenkin was dismissed on 55. Frank Marks finished the day 58 not out as Glengarry chased down Rovers total in 34 overs, earning a bonus point in the process.