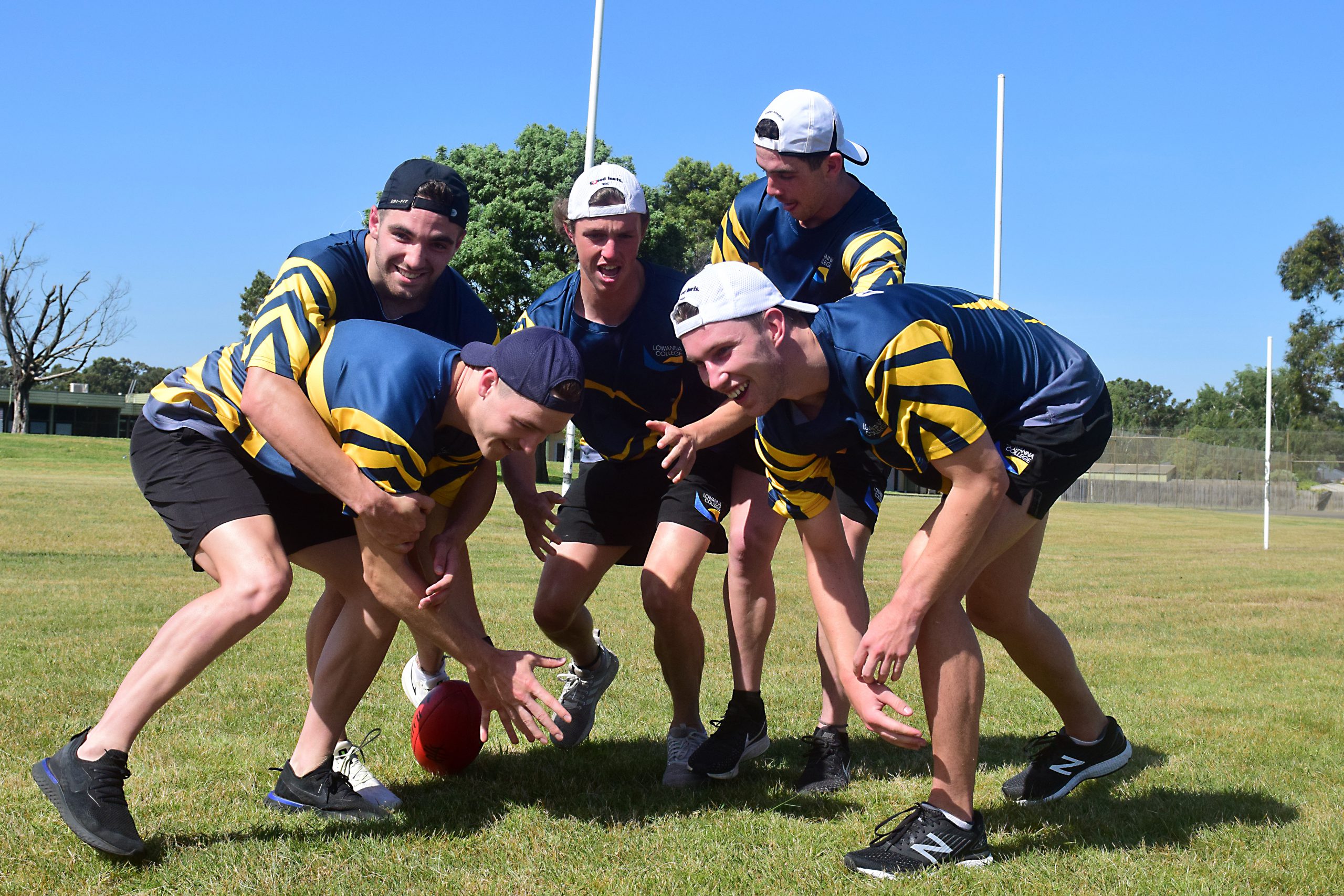 Lowanna College is on the cusp of history with five students up for the AFL Draft which starts on Wednesday night.

Brock Smith, Sam Flanders, Riley Baldi, Leo Connolly and Harry Pepper are in contention for the draft, with the quartet dreaming of making it on to an AFL list after playing pivotal roles for Gippsland Power in 2019.

“I think we are really lucky to have had this talent come through the school,” he said.

“I think we have a program that helps these kids hopefully achieve their goals.

“There is a South Australian school with six students up for the draft and we are probably second with five so it’s a massive achievement.

“I think the connection with Power with them coming in here once a week has really helped these boys. I think we are developing a program that is helping them with their studies as well as their sport.

“From a Gippsland Power point of view, there’s not just five [players] there are nine or 10 that are a chance so we are extremely lucky to have played a part in this cohort going through and fingers crossed they all get a gig.”

Smith finished his studies at Lowanna in 2018 before deferring an exercise and sports science degree at Federation University to focus on getting draft-ready.

The tough defender skippered Power to a top-two finish in the NAB League, which has attracted the attention of a majority of AFL clubs with experts tipping him to go in the second round.

Smith said playing football at the highest level has been a long-term aspiration and feels he is in a good place days out from the draft.

“Since I was three or four I have wanted to be an AFL player,” he said.

“I was probably 14 or 15 when I started to really think I could become one and began devoting all my time to it [in an effort] to realise what I wanted to do.

“I am feeling really good at the moment, my body feels good and I have been trying to spend a bit of time with my mates and family.

“Hopefully I get picked up, it’s just really exciting.”

The Vic Country representative is a Collingwood supporter, with both his father and grandfather passionate Pies.

He said those allegiances won’t tarnish his ambitions of playing AFL football or the family’s Christmas lunch.

“It should be fine,” Smith laughed.

“It’s my dad and pop and a few others [who go for Collingwood] but we are pretty mixed around.

“Mum’s Bulldogs, my brother goes for Richmond, but I would be happy to go anywhere and I know they will support me.”

Smith said going to school with his teammates has helped build the bond between them. He believes having schoolmates at Power has helped spur him on around the training paddock.

“We are all supporting and looking out for each other,” he said.

“The competitiveness gets the best out of each other.”

Smith was struck down by glandular fever during the finals series, giving the opportunity for Baldi to lead Power out alongside Ryan Sparkes.

Baldi, who is seen as a chance of being scooped up later in the draft, said it was an honour to captain Power and it keen to see how the week unfolds.

“It was a big privilege to captain Power in the absence of Brock,” he said.

“It was great to be able to stand up and lead the boys out in a big game in the finals. [The draft] has come around pretty quickly to be honest, it’s really exciting and we are all just waiting to see how it pans out later in the week.”

The hard-working midfielder said it was great for the school to have five players in contention and while they all have the same goals, he said they’ll be cheering each other on when the first selection is made.

“We are all rooting for each other and hoping each on of us can go as high as possible,” he said.