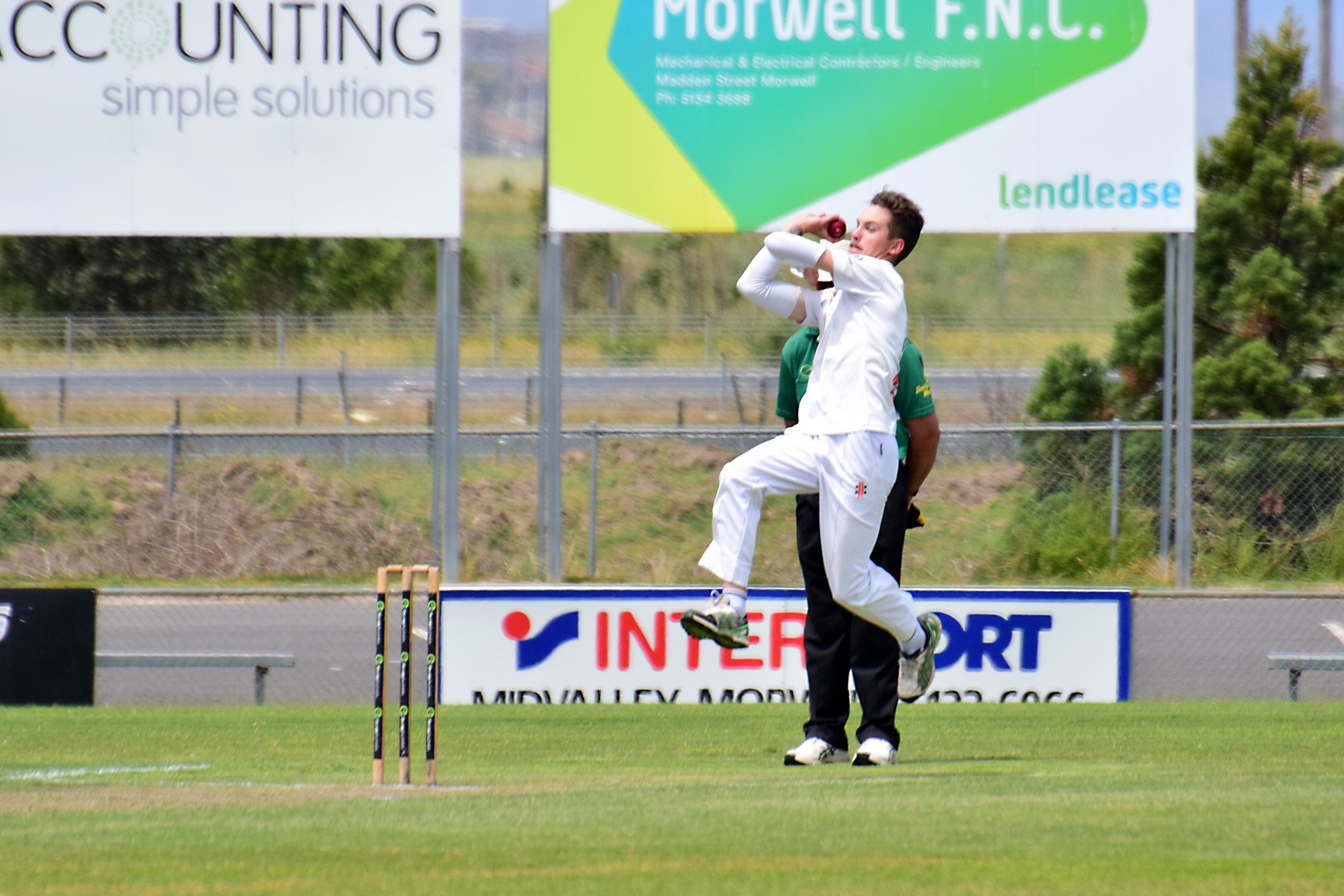 Two-day cricket returned to the LVDCL on Saturday with second innings top order collapses seemingly the theme of the weekend.

A superb effort with the ball has Latrobe in a strong position at the halfway point in the side’s match at home to Raiders.

The visitors sent the Sharks in to be and three of the top four went for a run between them, however, Steve Freshwater produced a patient 63 to hold the innings together.

Benn Zomer made a half century lower down the order while Chris Johnson scored 29.

It wasn’t fast paced cricket with Latrobe being bowled out for 171 with a ball to spare in the 77th over.

Latrobe blunted Raiders reply with Tyron Gamage bowling opener Mark Waller for a second-ball duck. Chris Stanlake made 12 before he was dismissed for lbw, the same form of dismissal as Michael Higgins who went for 11.

The Raiders finished the day four down for 38 runs after 14 overs with Maynard (10) and Jack Findlay (two) still at the crease. Gamage and Johnson were the only bowlers for Latrobe used, collecting 2/22 and 1/16 respectively.

Mirboo North opted to bat on its home deck and the Tigers were able to scratched out an relateviely good 196 from 67.5 overs.

Callum Polo made a handy 43 at the top of the order while William Cheatley notched his second half century of the season, scoring 69 before he was caught by Dylan Keyhoe off the bowling of Brad Foster.

Mirboo North captain Jesse Van Rooye hit 26 while the pick of the CATS bowlers was Callum Stewart, who bowled 12 overs which including six maidens, three wickets and a measly 15 runs.

CATS got its innings off to a disasterous start with Declan Wilson and Keyhoe gone for one and five respecitvely.

Captain Ben Julin went for no score and Marty Anthufor was bowled for seven. Luke Bence (four) and Stewart (seven) finished as the not out batsman while Dean Musther will have forgotten about his disappointing eight, having taken two wickets for just five runs across his six overs.

The match at Morwell Recreation Reserve is delicately poised after a solid bowling performance from the Tigers saw Churchill dismissed for 154 two balls into the 63rd over.

Skipper John Keighran was the main contributor for the Cobras with 47 off 46 balls while Kurt Holt’s 38 at seven could prove vital.

Apart from those two scores, there was little else to be positive about regarding the Churchill innings which was the side’s lowest of the season.

Brendan Brincat was the standout bowler for Morwell with 4/39 while Robert Webber took a tidy 3/22.

The Tigers enjoyed a solid start in reply, reaching 3/58 at stumps.

Kris Fortuin is leading the way with 25 off 58 balls and he will resume next weekend with Jordan Campbell (three).

Chris Williams, Steve Warr and Holt all have a wicket each.