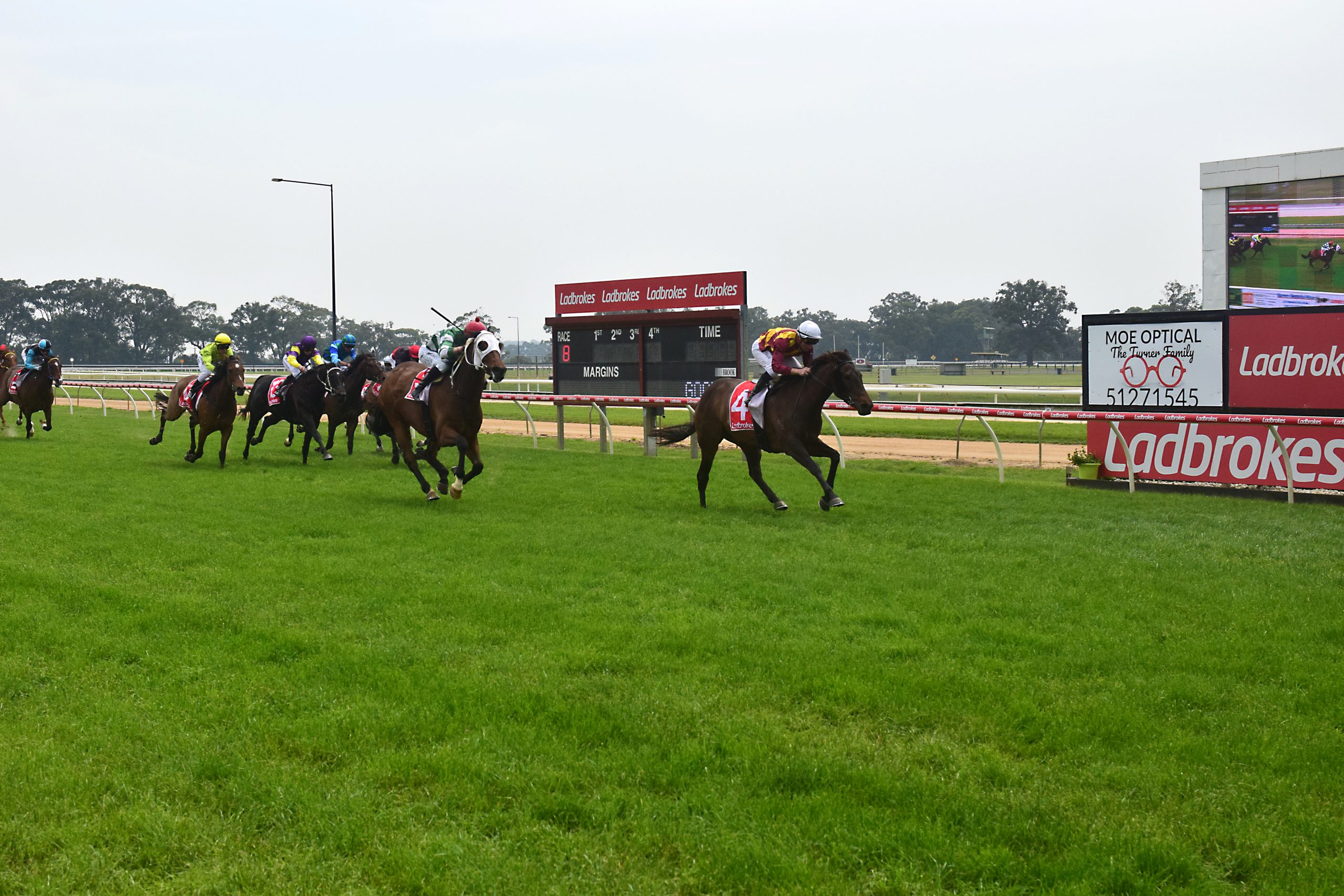 The intense heat, which topped out at 38 degrees, forced Racing Victoria to bring forward the action by two-and-a-half hours in line with its hot weather policy.

It proved to be a tough day to pick a winner with just two pre-race favourites finishing in the top three.

Those two horses, Rapid Romance (Race 3 $1.80) and Reliabelle (Race 4 $1.85) reflected the market by taking out their respective races.

Close but no cigar

There were a handful of fair runs from Moe-trained horses, headlined by Allison Bennett’s Mr Charisma ($9.50) who was beaten by the best part of a length by Reliabelle.

Bennett was content with the seven-year-old, who delivered his best run of this preparation.

“He hasn’t had a lot of luck [this preparation],” Bennett said.

“He doesn’t like being stuck on the fence and he drew one today but [jockey Theodore Nugent] did well and got him off the rails.

“He was just beaten by a better horse today but he’s going okay.”

Bennett had another two horses feature in the meeting with Sei Bella ($71) running last in the second and the more fancied Crisis Point ($5.50) finishing seventh out of 10 in race eight.

The trainer had another hint of success the following night at Moonee Valley with Appmat ($71) running a brave third over 2040m.

Christine Sexton had Delightful Celyna ($10) in the last at Moe.

The mare hadn’t shown much of late but a six-week freshen-up helped her notch a hard-fought third, 3.75L off winner Prism ($5).

Sexton was happy with the six-year-old’s effort and said she could feature in Sunday’s Traralgon Cup.

“The track was too hard last time so she jarred up and pulled a couple of muscles so I have to get her over those issues,” Sexton explained.

“She went really well, I was rapt with that and hopefully she doesn’t pull and sore and we will go forward.

“If she pulls up well I am going to enter her in the Traralgon Cup, if not there is another 1900m there if [the track] is not too hard.”

The long-odds latter was edged by the aptly named Ultimate Shock ($41) to make up a $2519 exacta.

Daniel Stackhouse journeyed east for rides in the first and last and left with two wins under his belt.

The Group 3-winning jockey saluted in the first with Cunnamulla ($5) before riding home on Prism.

Stackhouse rode Cunnamulla from the front before holding off Zero Doubt ($6.50) and Kiezer ($6.50) by less than a length.

In the last, he stalked the leaders before storming to the lead with 300m to go, beating Bouffon ($10).

The following day, Stackhouse had success at Benalla, taking out the third on $1.45 favourite Ayton.

Gelagotis gets a winner at Benalla

After attracting headlines for events off the track last weekend, the Peter Gelagotis stable was able refocus its attention to the track on Friday.

The Moe horseman took Audacious Beau to Benalla and he proved a hit, taking out the third at $4.60 odds.

The three-year-old had a barnstorming finish to the 2046m maiden, going from second 400m out to down Vuni ($1.50) by four lengths.