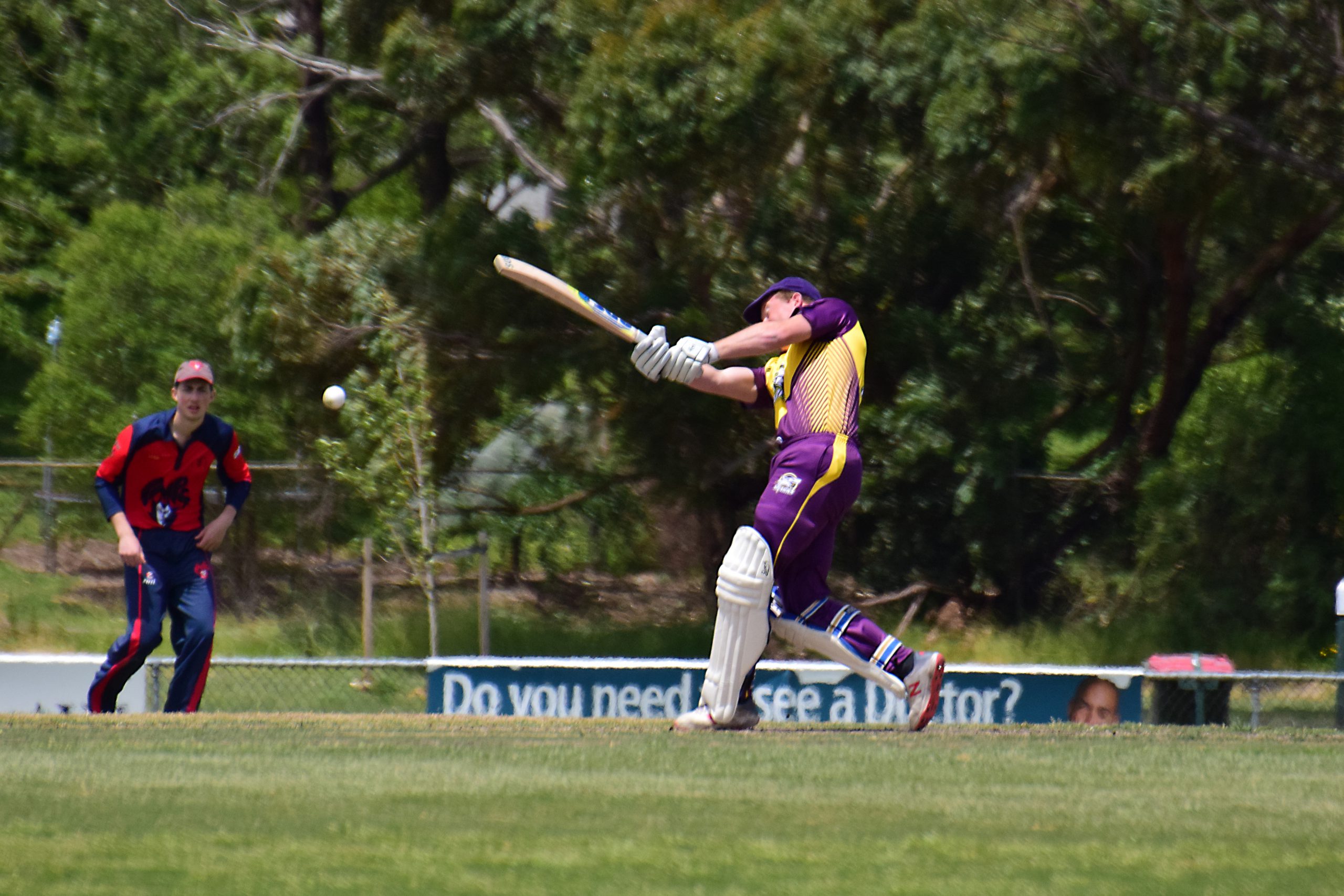 Round 7 of the TDCA produced a massive upset with Rovers demolishing reigning premiers Toongabbie on the back of a five-wicket haul from Jack Lynch. Ex Students sent out a big warning to the rest of the competition in crunching Imperials while Glengarry smashed a disappointing Gormandale.

The Sharks have flexed their muscle with a commanding demolition of the highly fancied Imps.

Batting first, Jackson McMahon (56) and Matt Dyke (45) put on an opening stand of 89 to set Ex Students on the path to a massive score.

Lee Stockdale made 24, while Rick Battista top-scored with a well made 65.

Ryan Foulkes, while a touch expensive, was the best bowler for Imps with 4/61.

In reply Imps never looked likely surrendering for a disappointing 153.

Ryan Morley continued his fine form top scoring with 45 while Brett Chapman and Nick Smith scored 37 and 25 respectively. The Sharks were superb in the field, affecting three run outs.

The Tigers batted first and were in no man’s land when they failed to score a big total.

Matt Hibbs continued his great form with a top score of 47 while Chris Lehner made 18.

Sundries was the next best with 11 as nine Tigers failed to reach double figures in a poor effort.

Glen started their innings poorly, losing the key wickets of Al Jenkin for 1 and Frank Marks for 2.

Hamish Busk then settled in to top score with 39, while Ben marks came in to finish Gormandale off with 31 not out.

Toongabbie batted first in a match many thought would be a cakewalk but Jack Lynch had other ideas and was a star for the Blue Army, destroying the Rams with his first five-wicket haul in A Grade taking 5/15.

Zac Russell and Robert Wheildon hit 24 and 25 respectively, but were the only batsman able to make starts.

Rovers never took a backwards step and cruised to victory in the 36th over.

In a shock return, Dean Gillard, one of Rovers best player from 2000s, hasn’t lost any ability top-scoring with 42 not out while Ewan Williams was very good for 30. The Rams didn’t help themselves, bowling a staggering 31 wides.