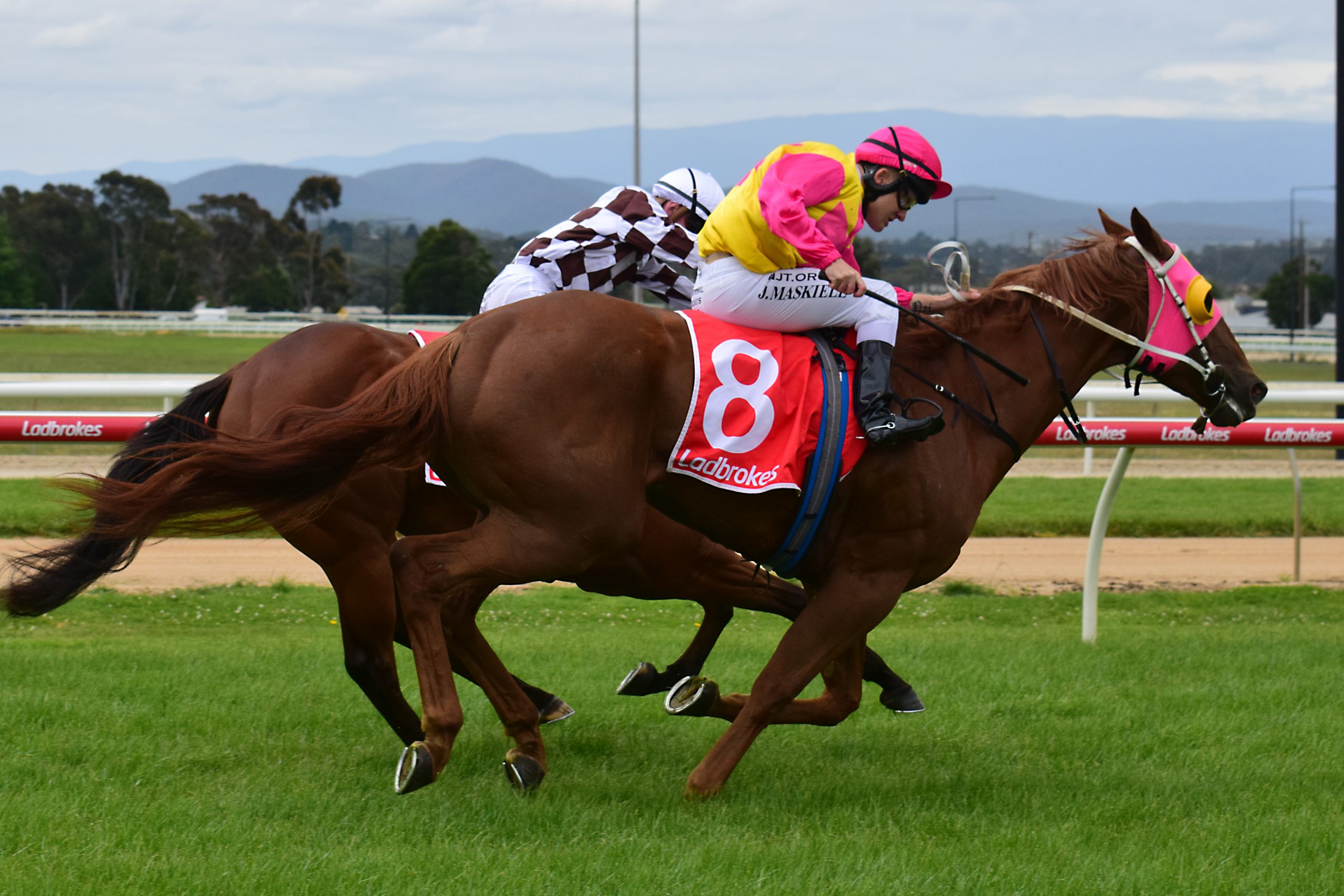 Moe Racing Club held its final meeting of the year on Friday.

The eight-race twilight event was held in mild December conditions, a welcome change from the drenching rain and overbearing swelter which marred the club’s last few meetings.

Punters enjoyed a Christmas themed afternoon with the Hillside and Mistletoe marquees selling out before the gates opened.

After Moi Choux took out the last, racegoers rocked out to AC/DC tribute band Thunderstruck.

Jason Maskiell was in fine form on Friday with the Tasmanian jockey bagging a treble at Moe.

The 29-year-old went into the meeting on the back of a win at Pakenham six days prior and he featured in all right races at Moe, securing three wins and a further two places.

Maskiell’s first sale came in the second, when he charged home aboard Sale-trained Iloveannie ($4) to edge out $3.60 favourite Glamorize by a nose.

The jockey teamed up with former Moe horseman Darryl Blackshaw in the next race, riding $6.50 chance Gold Ollie to his maiden win.

Maskiell held the three-year-old off the lead before storming forward in the last 200m to beat out $3.40 favourite Dargo.

Maskiell also rode Peter Gelagotis-trained Boss’n The Moss ($4.60) to third on debut in Race 1 and the Stanborough ($26) to third in the last.

Apprentice jockey Jaden Lloyd was having a mediocre meeting before taking out the final two races on Friday.

The 17-year-old, who is the son of champion South African jockey Jeff Lloyd, finished eighth and 11th in his two starts before Race 7 where he pushed $26 shot Elvaric to victory in a Benchmark 58 Handicap by less than a length over Pure ($13) and favourite The Great Bratski ($3).

Lloyd had the four-year-old mare well back and wide heading down the straight before swooping over the top to claim the unlikely win.

Lloyd was trusted with $1.65 favourite Moi Choux in the final race of the day and despite having plenty of work to do with 400m to go, the pair managed to beat out four horses by less than a length with Hawksmoor ($21) finishing second.

The two wins take the teenager’s career tally to 12 wins in 96 starts.

Not much for the locals

Home track trainers had little to crow about after a tough day at Moe with only two placings out of eight runners.

The meeting got off to an encouraging start when Boss’n The Moss, out of the Peter Gelagotis stable, had a strong debut run for third.

The other Moe horse to feature in a first three was Christine Sexton-trained The Great Bratski who went into the penultimate race as the $3 favourite.

The four-year-old had a commendable second-up run, finishing a length off winner Elvaric.

The Ian Jones-trained Magic Kappy ($21) finished a nose behind Tank Attack ($10) who ran third in Race 2.