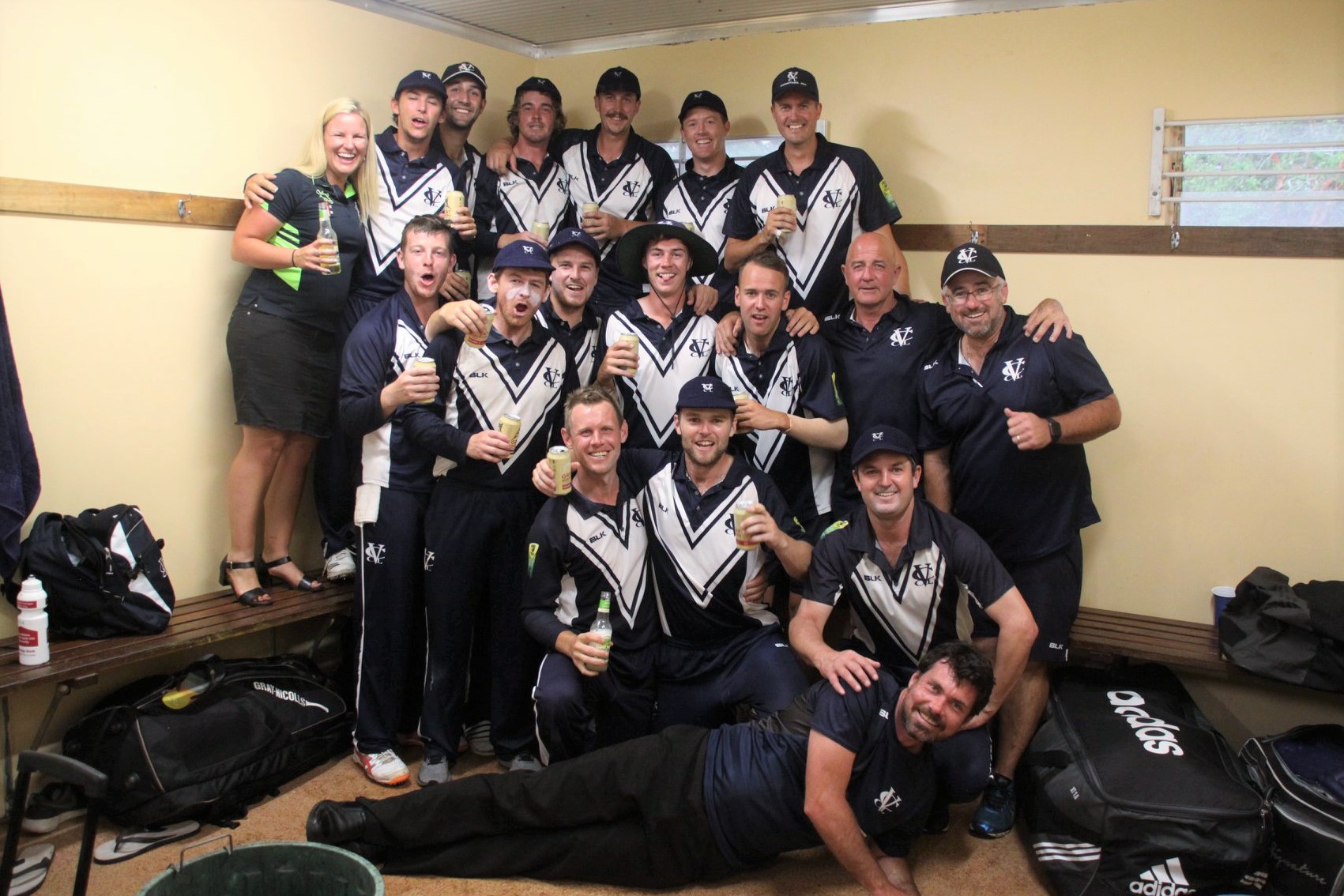 A year on from losing to Western Australia in the Australian Country Championship final, Victoria Country exacted its revenge on the boys from the west to take out the 2020 title.

Ex Students skipper Lee Stockdale vice-captained the Bushrangers to their success in Toowoomba with a half century and a wicket in the side’s 49-run final win.

Victoria had a tremendous finish to the week, winning its last three group matches to finish top of the table and two points ahead of Western Australia.

In Round 7, Victoria secured a three-wicket win over the ACT with Stockdale making a handy 39 and snaring a wicket.

The Bushrangers backed the following day to comfortably beat South Australia with five wickets in hand.

Stockdale bowled 10 overs for just 34 runs to help restrict South Australia to 185 before he finished 11 not out as Victoria chased the total down with nearly 10 overs to spare.

Victoria were level with Queensland heading into the final match against NSW where the Bushrangers posted a commanding 6/290 with Stockdale putting on 42 at more than a run a ball.

NSW were valient in reply but fell 24 runs short with Stockdale unable to take a wicket in his full allotment of overs.

Western Australia beat Queensland which set up a replay of last year’s decider which the Warriors won by 69 runs in Shepparton.

Victoria elected to bat first with the side put 49 runs on the board before Stockdale walked to the crease at five.

Stockdale and Jack Craig (36) recorded a 76-run partnership before they were both out within 13 runs with the Ex Students star making 59 off 87.

Victoria’s lower order scratched together 28 more runs with the side all out for 194 with three balls remaining.

In reply, Western Australia got off to a horrendous start, losing 2/5, a position the side coulnd’t recover from to be all out for 145 in the 43rd over.

Stockdale claimed the scalp of Damien Burrage, taking his wicket hail for the tournament to 15 at 26.1.

He finished not out on four occasion with his 59 in the final his top score for the event.

Stockdale took two catches at the Championships, both against the ACT.