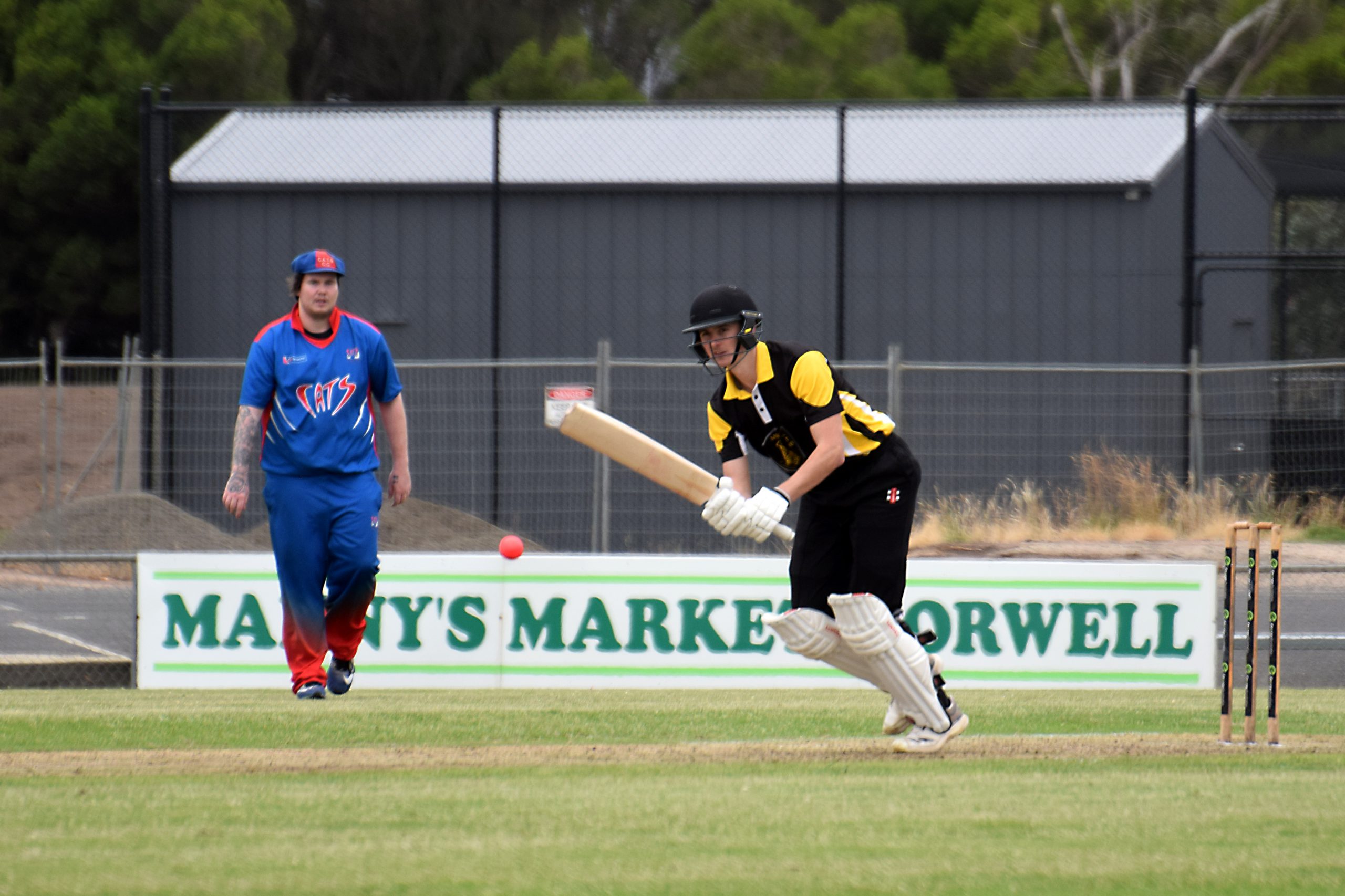 It was a fantastic weekend for Raiders with Liam Maynard’s charges picking up two Twenty20 wins from as many matches.

Raiders’ first victory came at Peter Siddle Oval against Latrobe after the Sharks sent the visitors in to bat.

Jason MacFarlane was out for a duck, bringing Maynard to the crease.

The skipper played a match-winning knock, top-scoring with 39.

George Cheshire (10) was the only other Raider to reach double figures with the side compiling 8/81 off its 20 overs with Chris Johnson picking up a brilliant 3/10 off his four overs.

Raiders smothered Latrobe, who were all out for just 60 in reply with Jack Howarth claiming a pivotal 4/9 with Cheshire getting 3/5.

Raiders ventured across to Morwell Recreation Reserve to take on Morwell, who had just been stunned by CATS, with the Raiders performing much better with the bat.

Maynard once again led the way with 44 while Michael Higgins scored 39 at the top of the order to help Raiders to 4/126.

Morwell fell 16 runs short of victory with Webber top-scoring with 35.

Cheshire picked up another three wickets, this time for just 13 runs, while Jonathan Randall claimed 3/21.

Latrobe fared better in its other match against Mirboo North with Adam Duncan’s side chasing down the Tigers’ paltry 8/76 with nine balls to spare.

Ronnie Chokununga took a season-best 3/13 for the Sharks while Johnson back up his earlier performance with another wicket and a match-defining 30.

Mirboo North’s first match against Churchill had been washed out, while the day’s other contest featured the Cobras and CATS at Morwell Recreation Reserve.

John Keighran’s side posted 7/123 with the skipper’s 24 only bettered by Brendan Mason’s 33.

CATS captain Ben Julin took 4/27 before leading with the bat, posting 37 at first drop before being bowled.