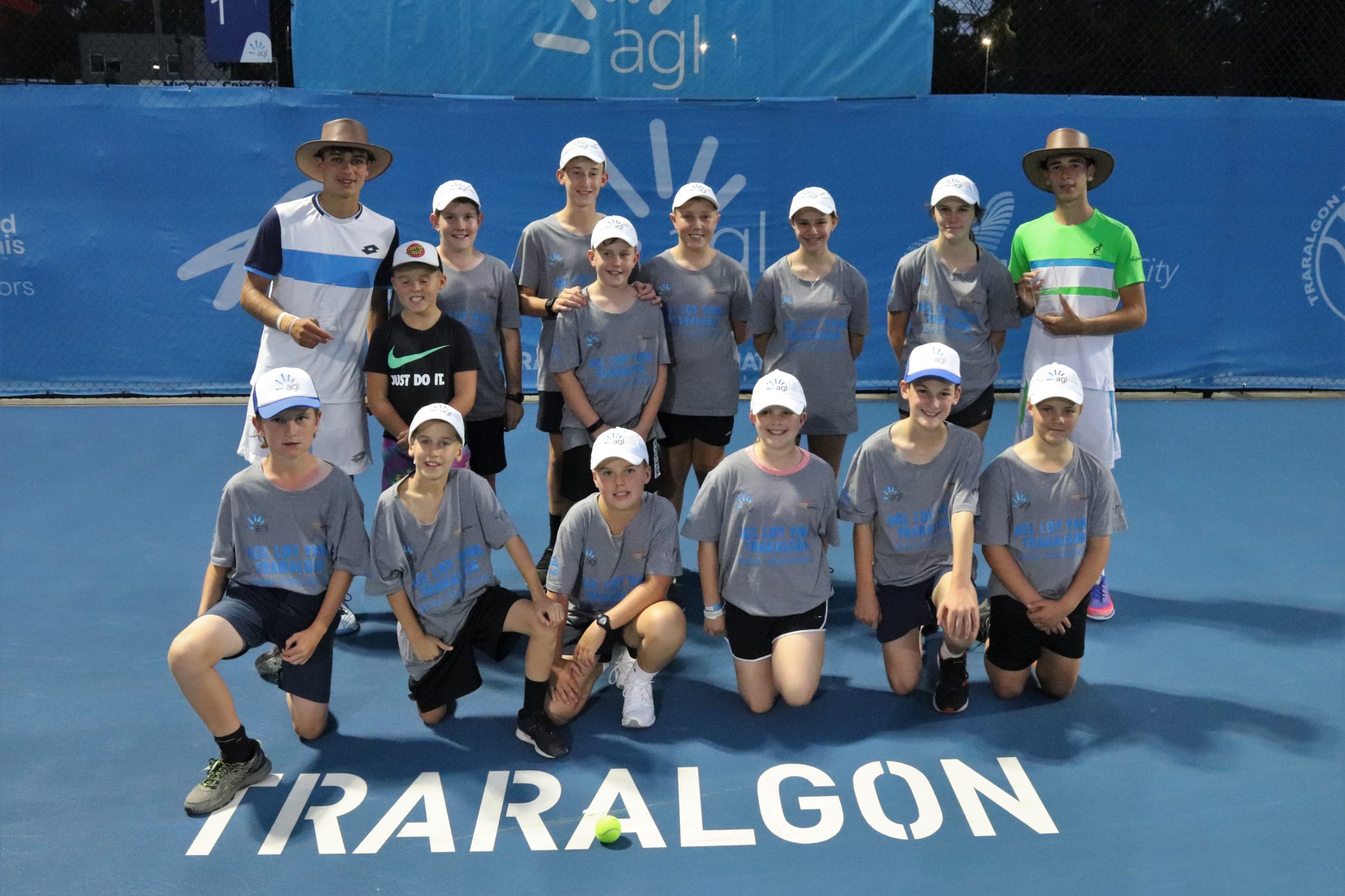 With 232 matches on the cards, the AGL Loy Yang Traralgon Junior International was always going to be a hectic seven days of tennis.

Chuck in smoke haze scuppering day one and persistent rain, it was a minor miracle the 27th edition of the prestigious junior classic ran just a couple of hours over schedule.

Traralgon Tennis Association manager Susie Grumley has been assisting with the event for more than a decade and said this year’s tournament, which concluded with the boys’ doubles final on Wednesday night, was the toughest to date.

“It’s been the most trying year with the weather,” Grumley said.

“This is the first year we have had so many rain delays (leaving us to having) so many matches to catch up on the final day.”

Grumley praised the exploits of the international field of competitors with some having to play as many as four matches in a day to get through the tournament.

“The players have been so wonderful and professional,” she said.

“They haven’t complained, they’ve just taken it all in their stride and they know there’s nothing you can do about the rain so they just have to deal with it the best way they can.

“Everyone’s really banded together, the players, the officials, the volunteers have been here till 10 o’clock some nights to make sure we can catch up.”

Plenty of people went through the gates throughout the week, with spectators sticking around for the final match which began at 7.30pm.

Grumley thanked those who turned out to support the event, as well as the band of ballkids who assisted during the latter stages.

“It was great for the players to have a crowd,” Grumley said.

“It’s not often these players get to play in front of a crowd, so they really enjoy it and it makes for a good atmosphere.

“I can’t speak highly enough of the ballkids. They do an amazing job and I’m so grateful of their support and their parents who allow their children to be a part of it.”

The girls’ singles final was the first to be contested with Russian Polina Kudermetova (7) knocking off Italian Melania Delai 6-1 6-1.

Next up was the boys’ decider which saw Frenchman Arthur Cazaux defeat Flavio Cobolli (8) 6-2 6-4.

The match was Delai’s fourth of the day, after playing in the girls’ singles and doubles semi-finals and the aforementioned singles final.

Droguet and Janicijevic battled to a 6-3 win in the first set before dominating the second 6-2 to claim the title.

Cobolli featured in his fourth match of the day in the boys’ doubles final, pairing with Matteo Gigante.

Cobolli and Gigante, who muscled past Pole Mikolaj Lorens and Latvian Karlis Ozolins in the semi-final which concluded just over an hour before the final, played some classy shots to win title 6-2 6-3.

“It was a great week,” Gigante, who lost to Cobolli in the singles semi-final, said in the post-match presentation.

“We are very happy to win the doubles.

“Thanks to my partner Flavio and my coach Stefano and Giaci and the staff (at the event).”