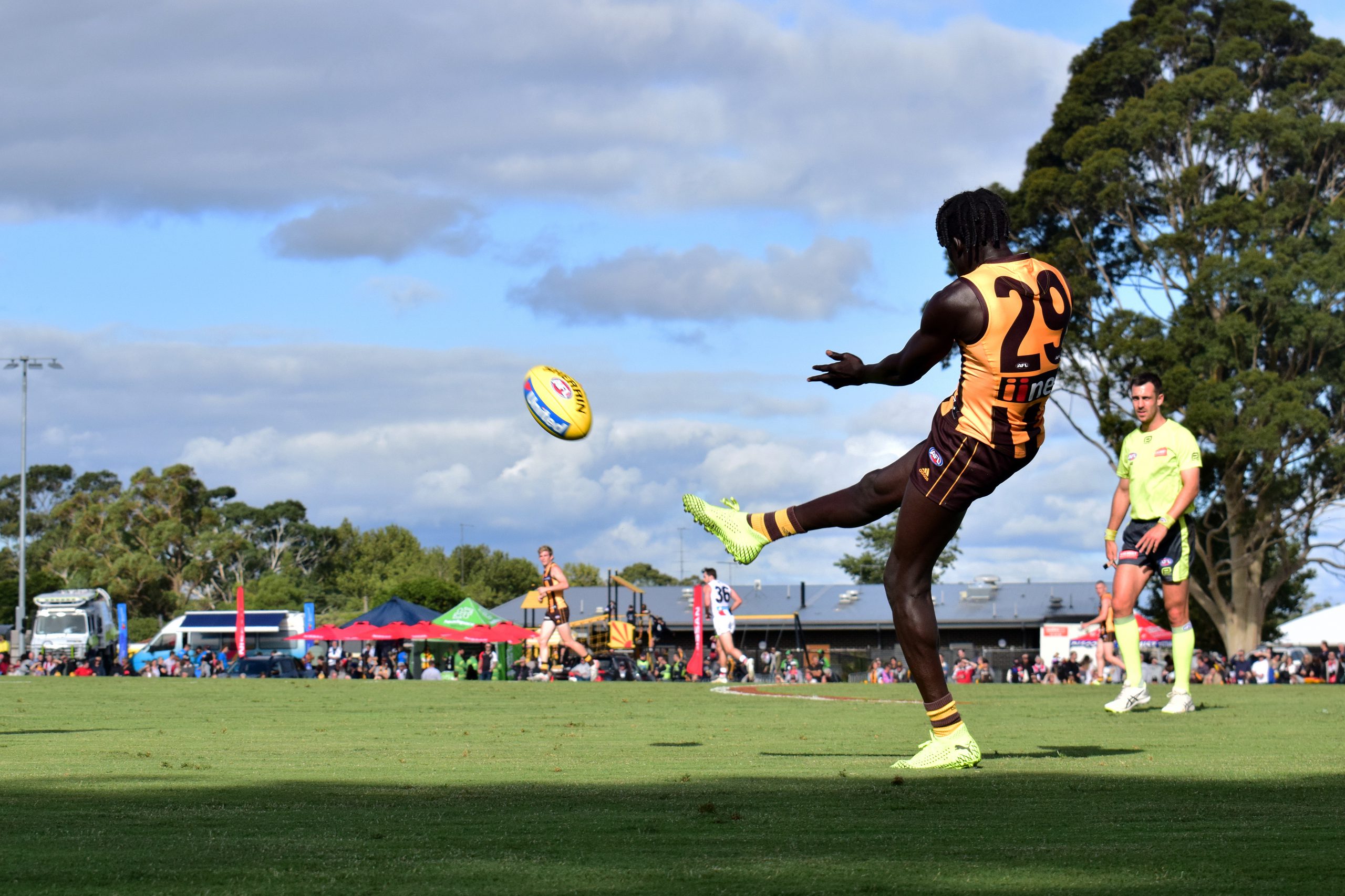 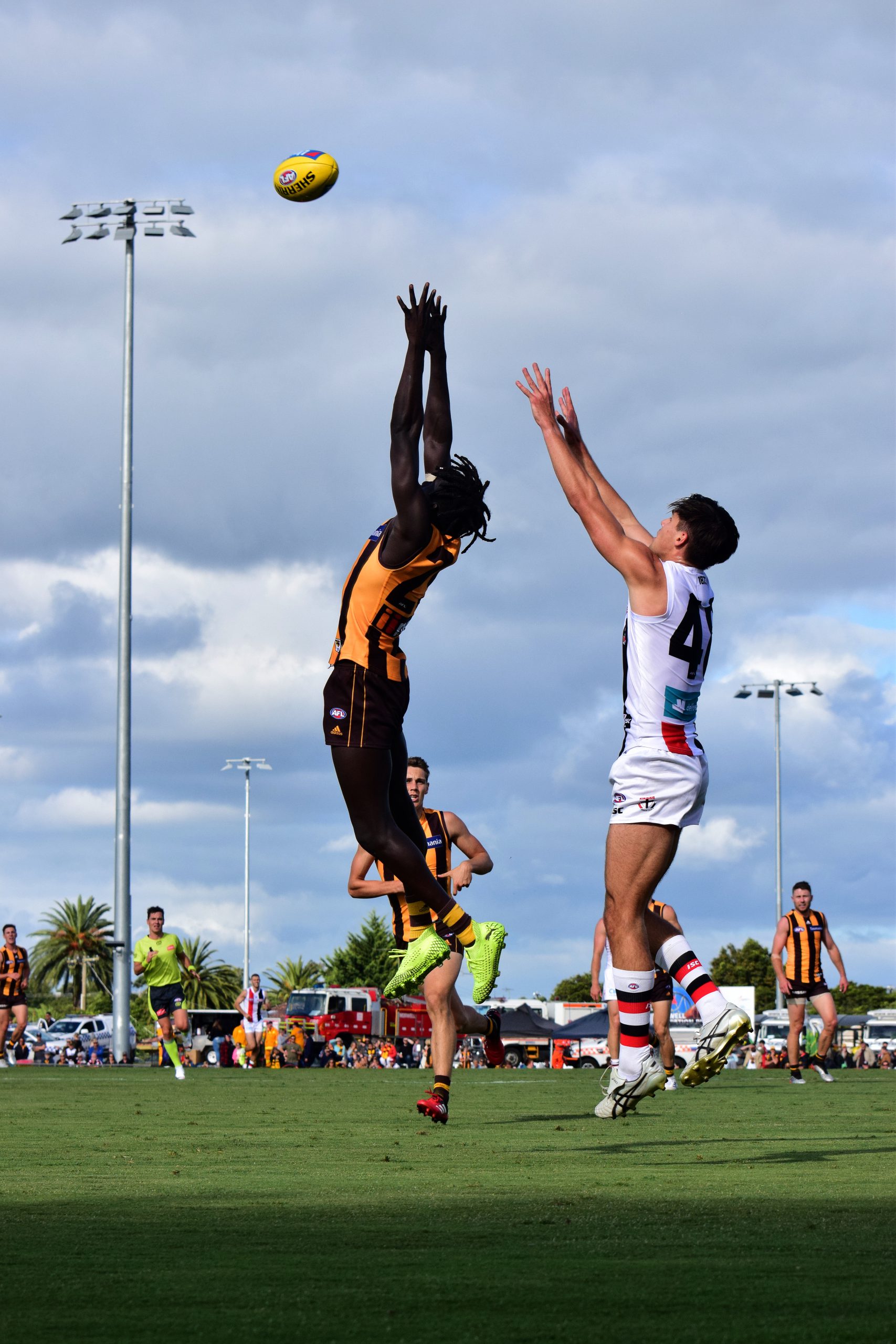 MORWELL football export Changkuoth Jiath did his hopes of winning a Round 1 berth no harm with an impressive performance for the Hawks.

With friends and family watching on in the crowd, Jiath rose to the occasion, playing his part in shutting down a number of the Saints’ attacking forays.

Jiath laid a number of crunching tackles and proved a cool head when he got the football in a backline that strangled St Kilda, conceding just one goal in the first half.

A strong mark at the 10 minute mark of the second quarter, attracted warm applause from those watching in the crowd.

Jiath said he had an extra spring in his step to get the opportunity to play an AFL game in his home town.

“I grew up at Morwell East just five minutes away, so it’s a good feeling to play on this ground and means way more to be here today,” Jiath said.

Harry Pepper, another former Gippsland Power player, took to the ground in the final quarter and settled in quickly to the pace of the game.

It was a similar story for Leo Connolly, the Trafalgar product, who was drafted to the Saints last year.

With a number of his family and friends in the crowd, Connolly did some nice things and will be better for the chance to play against a Hawks side that contained star names such as Shaun Burgoyne, Tom Scully, Jaeger O’Meara and Chad Wingard.