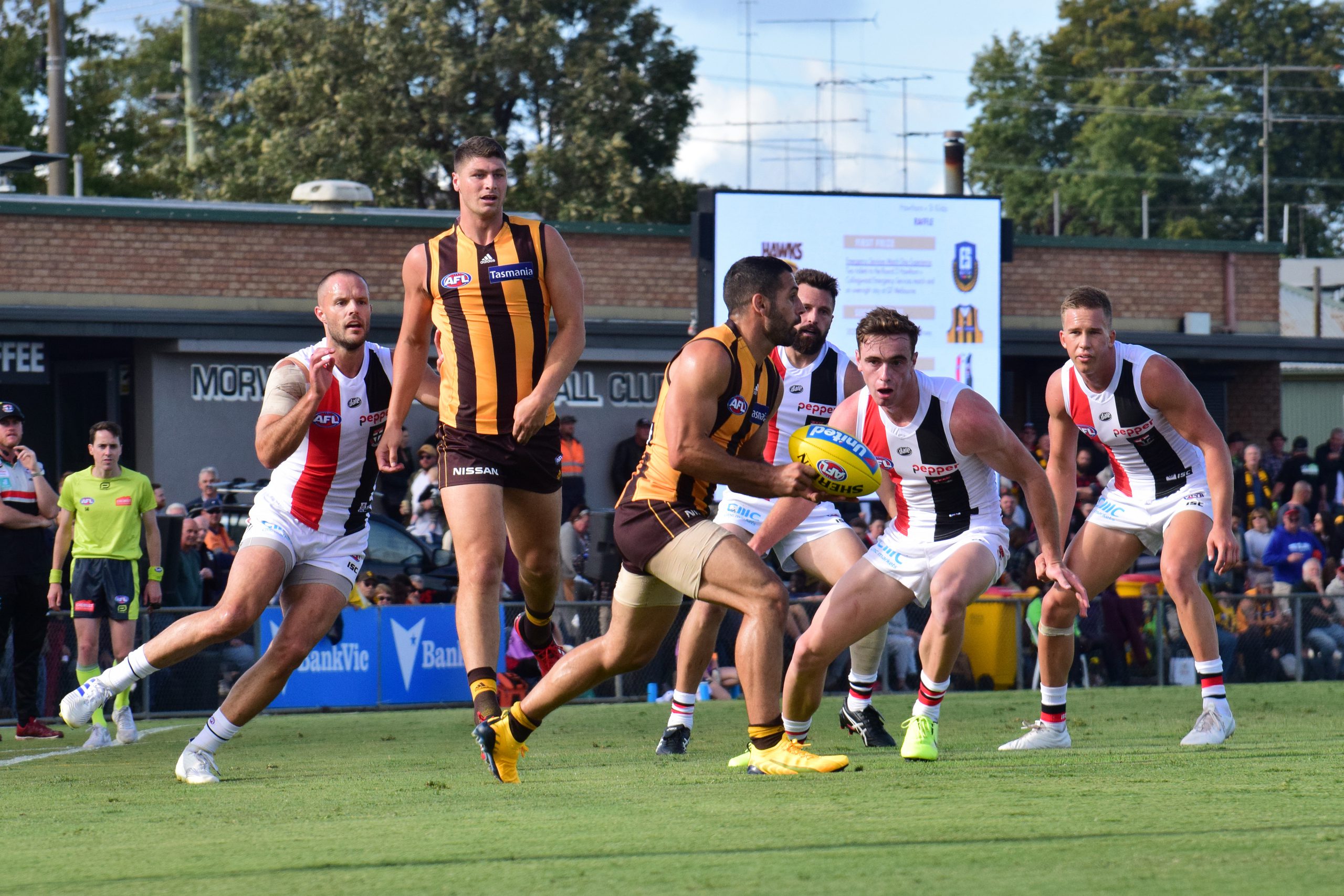 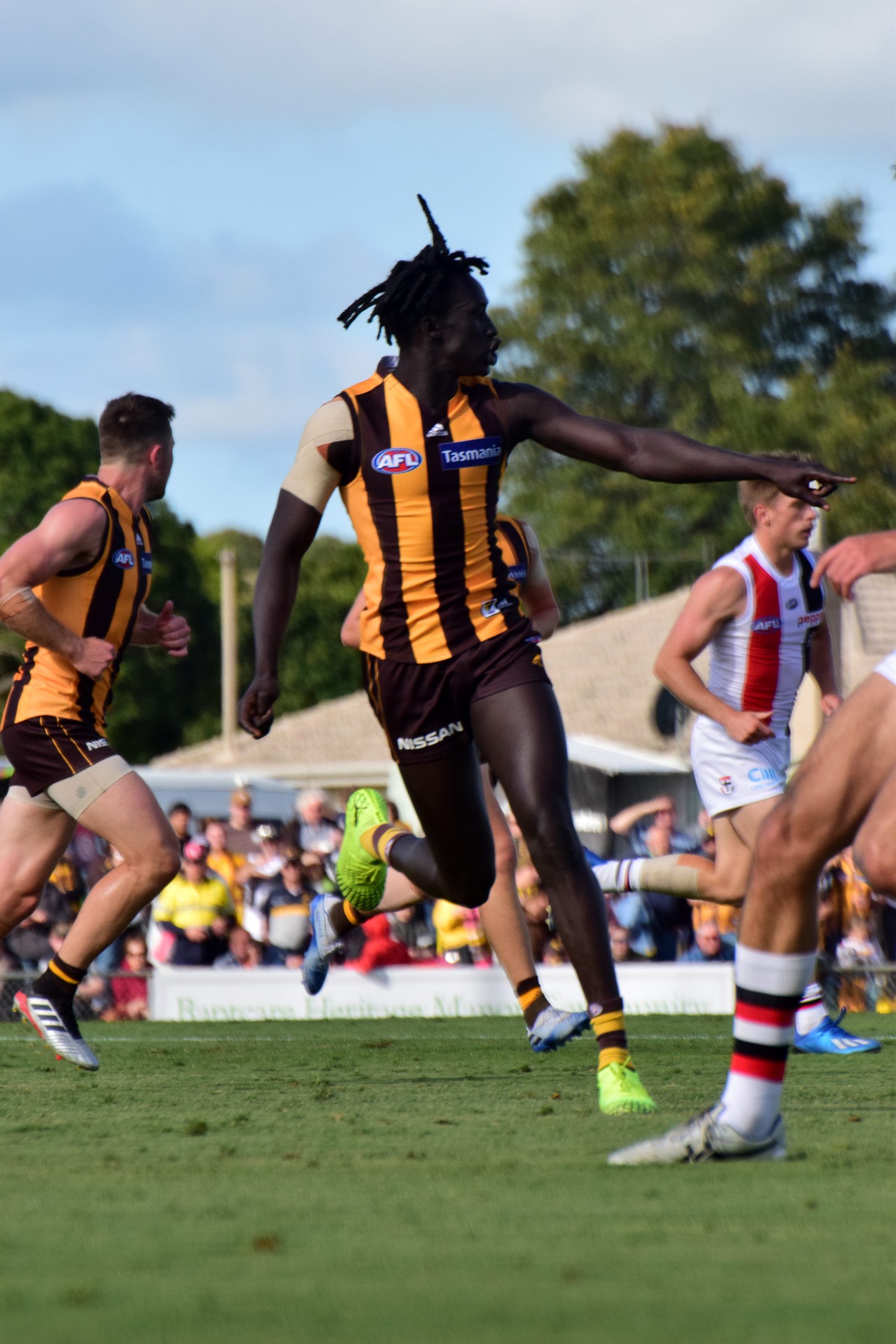 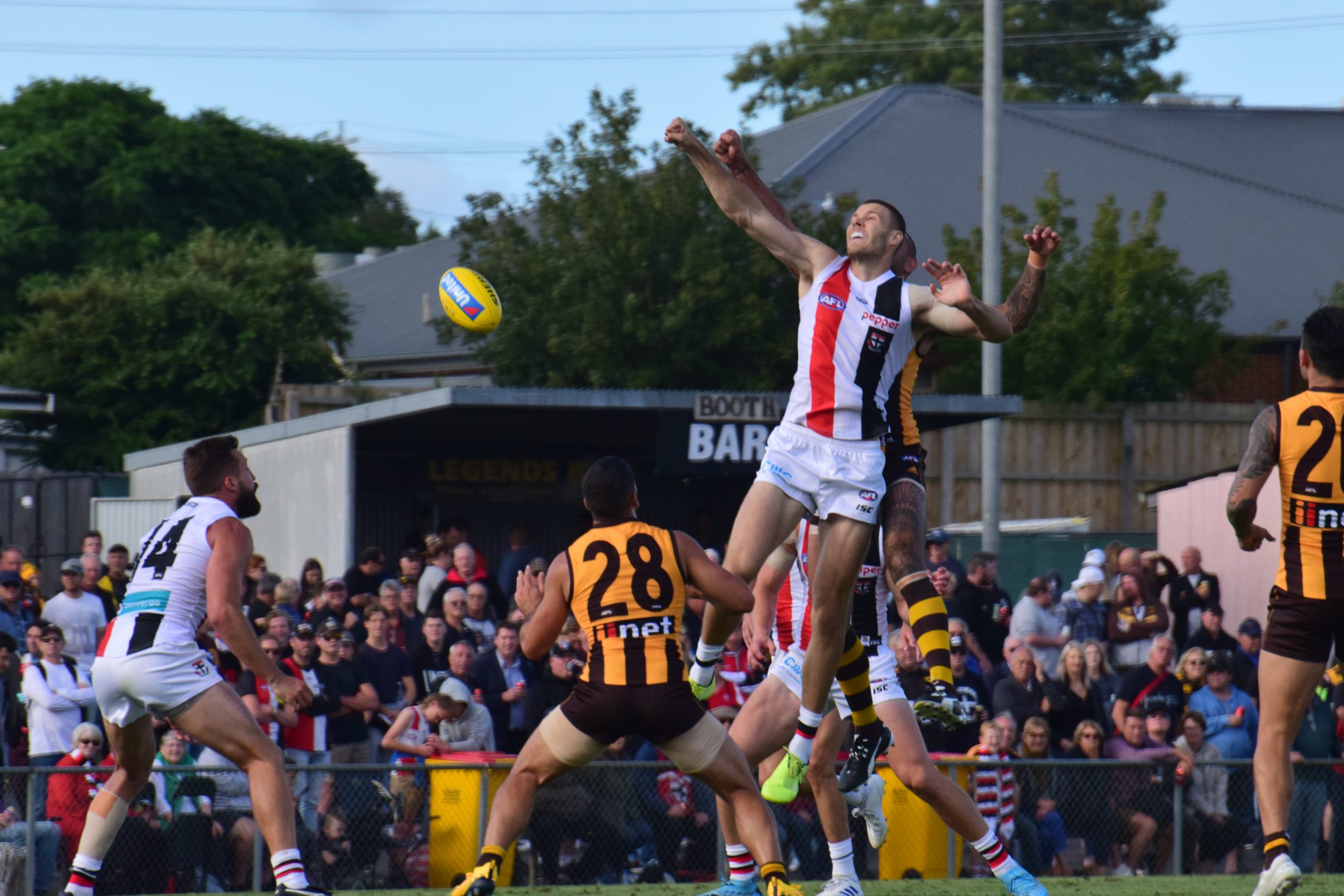 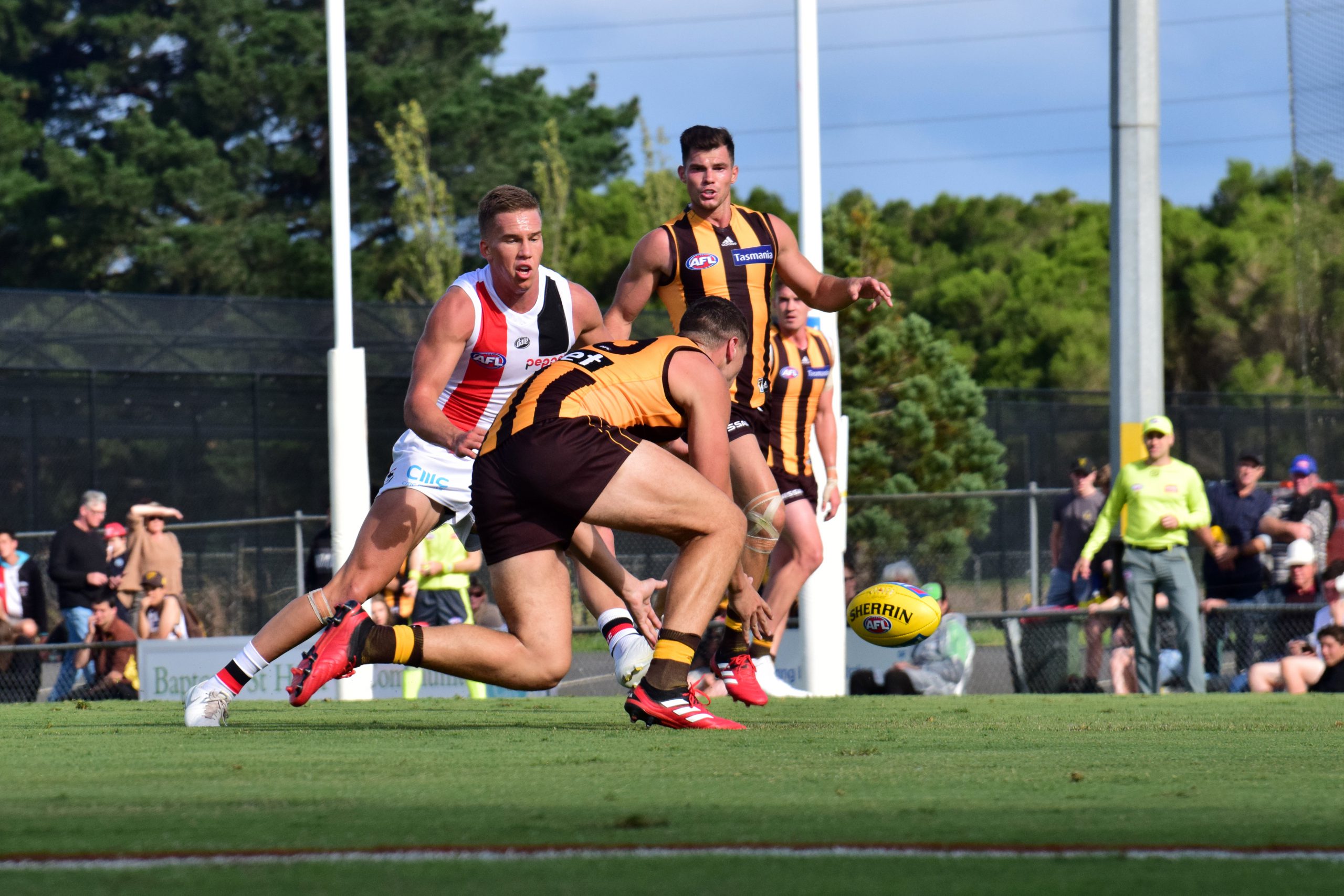 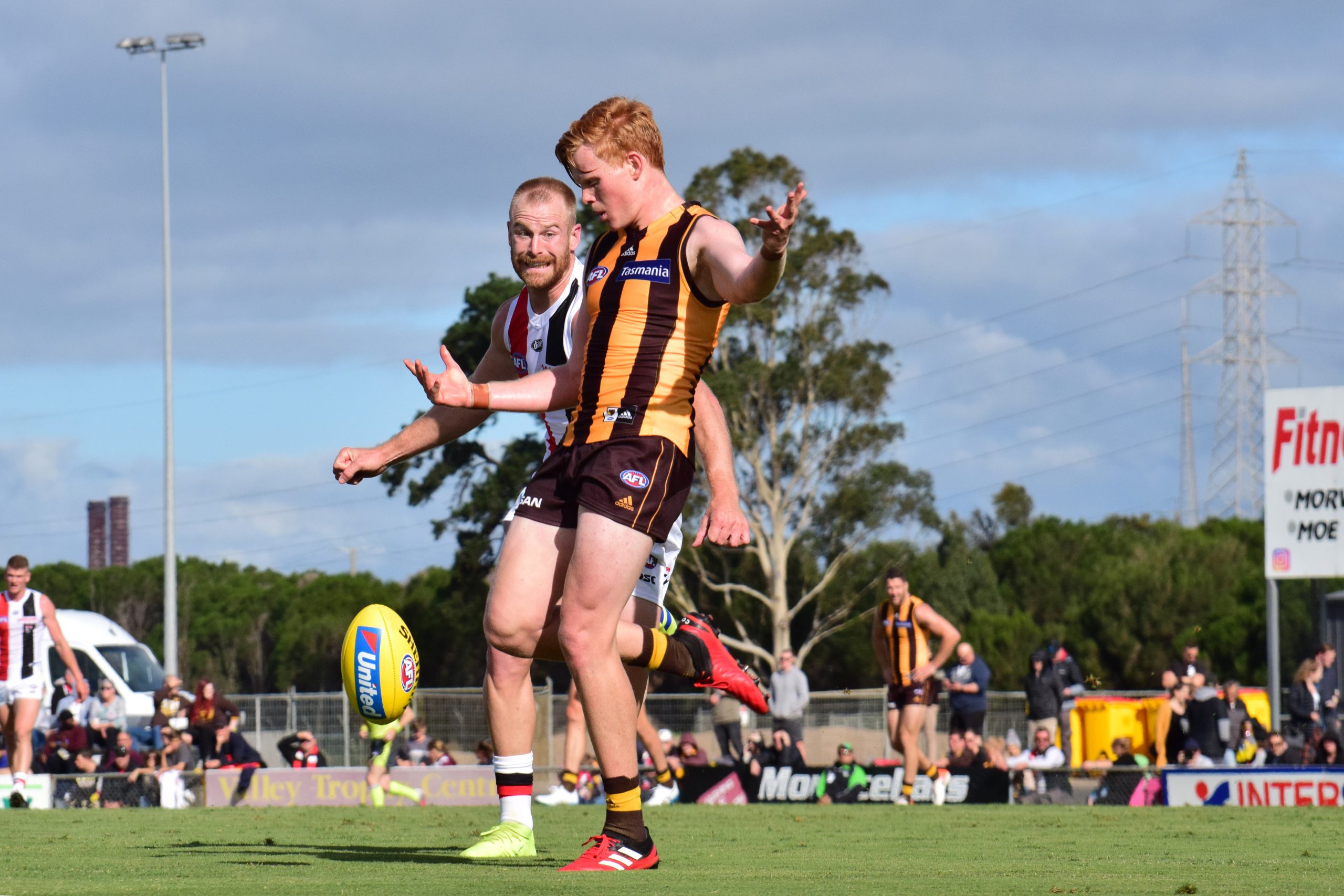 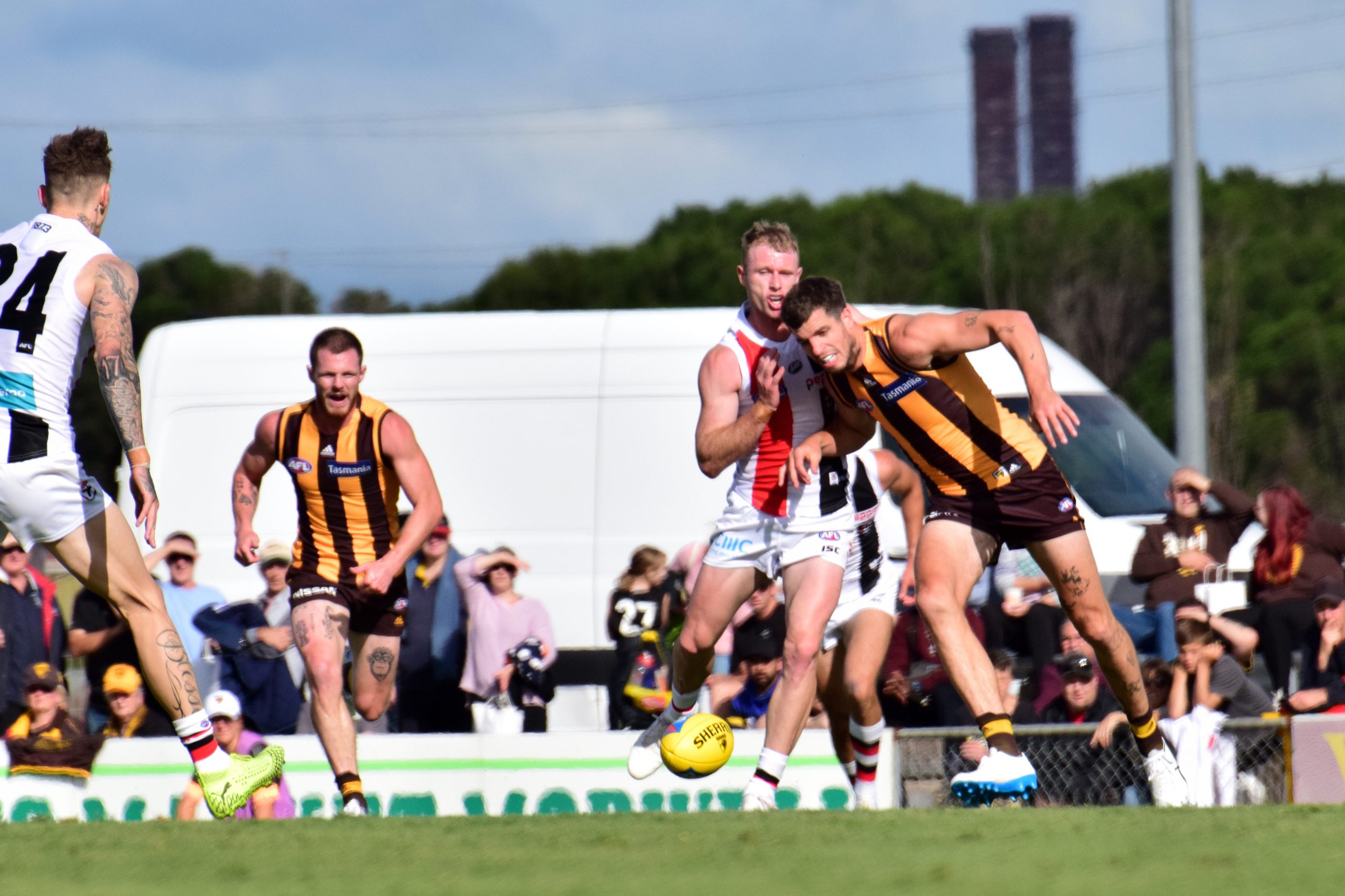 GENERATION next became generation now for Hawthorn in Friday’s 26-point defeat of a young St Kilda in the Emergency Services game.

With Brownlow medallist Tom Mitchell in the crowd looking on, Cousins seized his chance to shine in the engine room alongside the likes of Jaeger O’Meara and Luke Shiels.

Now in his fourth season as a Hawk, the 21-year-old impressed with his toughness, ability to win the football and composure when he had it.

Opportunity often knocks in pre-season and Cousins was not the only young gun to make his mark.

But it wasn’t all about the youngsters.

The evergreen Shaun Burgoyne showed his class to bag three goals and spent a large amount of his game time as a deep forward.

Speaking post-match, the AFL’s oldest player said it was a fruitful day out for the Hawks.

“It was good to get some minutes into the legs,” he said.

“We had a (close to) full strength side and St Kilda had some young kids, so we won which was good.

“To get a good turnout and raise some money was also great.

“It’s good to see all the boys get a kick and get through uninjured unlike last week when Big Boy (Ben) McEvoy went down in the first 10 seconds.”

The only injury headache for Hawthorn was forward Tim O’Brien, who did not return to the field after getting what appeared a poke in the eye during the first 10 minutes of the contest.

Roughead was looking on in his new role as a member of St Kilda’s coaching staff, although a few Hawks supporters commented on how different he looked in the red, white and black.

Following a scrappy opening term, Hawthorn seized control of the contest in the second quarter, skipping out to a 16-point halftime advantage and shut down any thoughts of a Saints comeback after the main break.

The Hawks booted five goals to two in an entertaining third quarter, with former Saint Darren Minchington bobbing up with a pair of smart efforts to sink his former side.

St Kilda’s best period of the pre-season clash came when the sting went out of the game in the last quarter.

Daniel McKenzie, another who has spent most of his career in defence, showed some signs up forward.

Trafalgar talent Leo Connolly also got some game time and did a couple of nice things for St Kilda.

Despite the scoreline, Saints coach Brett Ratten told the club’s website that the Morwell trip was a worthwhile one.

“We were really competitive and to give Jack Bytel, Ryan Byrnes, Leo Connolly and Sam Alabakis the chance to line-up against the likes of Shaun Burgoyne and Jaeger O’Meara was great,” Ratten said.

“It gives them a taste at this level and that will hold them in really good stead this year.”