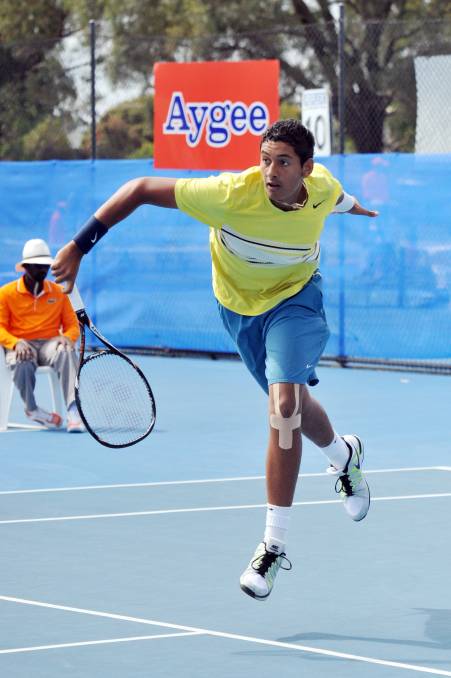 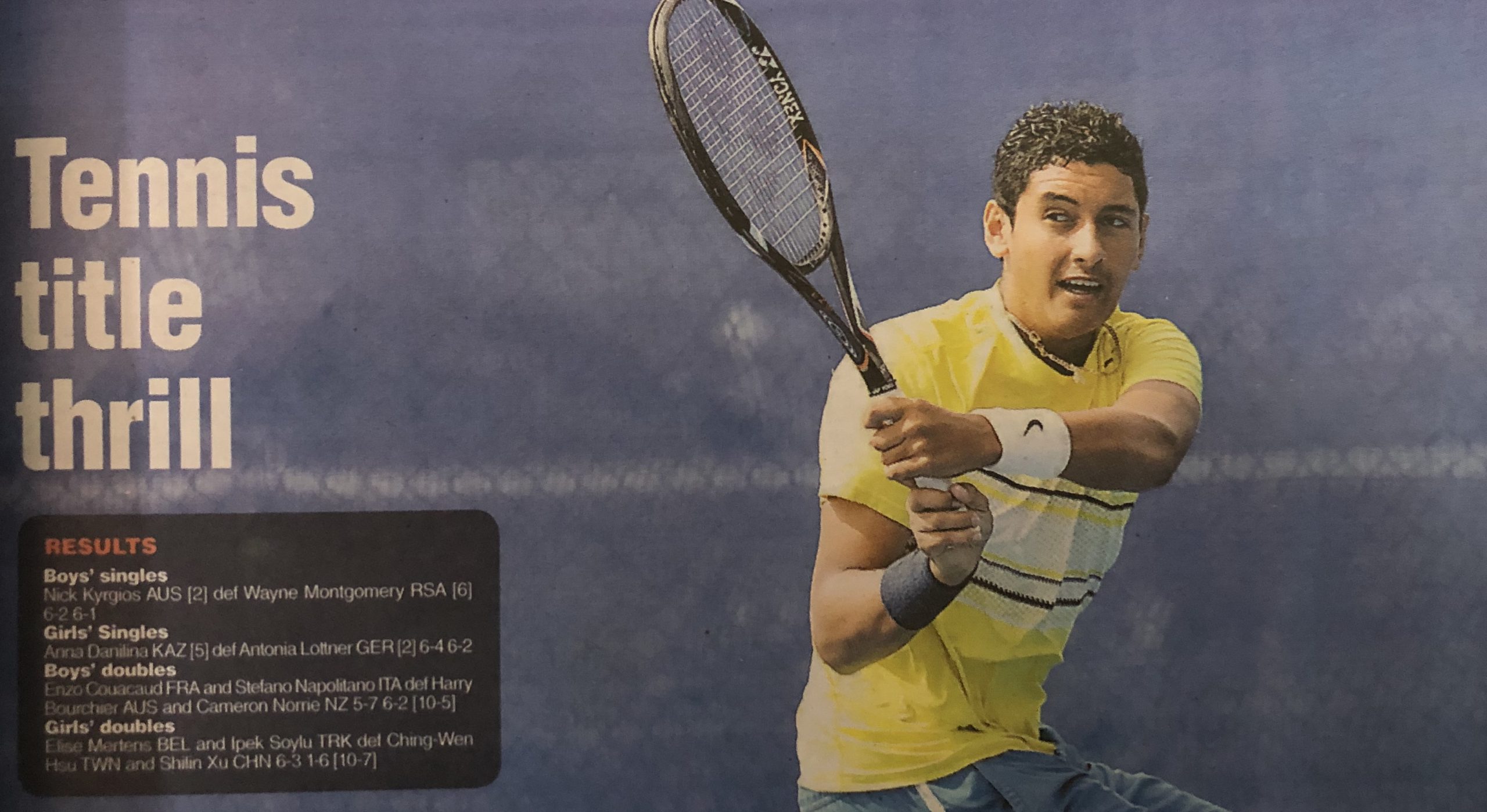 In 2013, a bright-eyed and brash teen raised eyebrows at the AGL Loy Yang Traralgon Junior International with his flashy, big-hitting brand of tennis.

Seemingly unawed by the event’s prestige and its illustrious honour roll of past winners, 17-year-old Canberran Nick Kyrgios etched his name alongside Roger Federer’s on the championship shield with victory in the boys’ final.

With an imposing serve and heavy ground strokes, The Express chronicled the teen sensation’s “Akubra crown” win on Monday, January 21, 2013.

The long levered Australian set the tone for the match at 1-1 in the first set, when he served three consecutive aces to go from 30-40 down on serve to claim the game.

Nick then broke Wayne in the following game to establish a 3-1 lead, and continually found clutch first serves to quash the South African’s attempts to hit back.

After running away with the first set, Nick again broke early in the second after a long deuce game to go up 3-1 before breaking a second time to record an emphatic 6-2 6-1 drubbing.

“I’ve got a bit of size on Wayne and I knew I couldn’t let him run me around to dictate points; I knew I had to come out and serve well (and) my serve sort of got me here this week,” Nick said.

“I knew I had to play aggressive whenever I could and obviously that’s my strength, shrinking the count and not giving my opponent much time.”

The win capped off a hectic week for Nick who travelled to Melbourne to play his Australian Open men’s doubles first round last Wednesday, which he ultimately lost, directly after his semi-final in Traralgon.

Nick went into the junior Australian open full of confidence after the win and started his campaign in Melbourne with a 6-2 6-3 win over Turkey’s Cem Ilkel, as he looks to emulate his grand slam doubles success in singles competitions after claiming two doubles slams in 2012.

“It’s a privilege to play in the Australian Open, it’s one of the four biggest tournaments you’ll ever play in and it’s the best experience for tennis.”

In a blockbuster 20th edition of the tournament, Kyrgios made no bones about his desire to join some of the game’s best in the Traralgon Junior International hall of fame.

“Before the semi-final I was looking at the board and I saw him (Federer) there and I got some tingles down my spine, I really wanted my name up there (in singles),” he told The Express.

a bit of a burden to carry and I thought I played really well.”

But few would have tipped he’d go on to stun the tennis world just 18 months after his show at Traralgon, except perhaps Kyrgios himself.

The 19-year-old – a veritable rookie on the ATP tour – slayed world number one Rafael Nadal in four sets at Wimbledon in 2015 to advance to the quarter finals in his debut at the grand slam.

He became the first teenager to defeat a world number one in a grand slam event in nine years and the first ranked outside the top 100 to do so since 1992.

“Seeing Nick play there’s one thing that stands out, and that’s his self-belief; he has unbelievable confidence in himself and the game to match it.”

Then 17, Kyrgios swept through the ITF junior in Traralgon with minimal fuss, blowing South African Wayne Montgomery off the court in the final 6-2, 6-1 with his already booming serve and ground strokes.

He went on to win the Australian Open junior title immediately after Traralgon with the same mix of power, bravado and relentlessness which was on display against Nadal.

“The most impressive part about that match is he won the third set; (usually) when Rafa’s one set all, he doesn’t lose the third set,” Charlton said.

“He’s ticking all the boxes… to play like that was just amazing.”

At the US Open in 2014 the young Aussie reached the third round, dispatching seasoned professionals Mikhail Youzhny and Andreas Seppi in the process.

It also marked a changing of the guard for tennis in the country, as Kyrgios usurped two-time grand slam winner Lleyton Hewitt to take the mantle of top-ranked Australian man.

In 2015 he reached his second grand slam quarter final as a teenager at the Australian Open – the first homegrown talent to do so in the men’s draw in a decade.

He played his first ATP singles final in 2015, where he was out-muscled by clay court specialist Richard Gasquet, but proved it was no fluke soon after with a win over Roger Federer at the esteemed Madrid Masters.

Kyrgios showed his breakout debut at Wimbledon was also no stroke of luck, reaching the fourth round to end the year ranked inside the top 30 for the first time.

He reached the third round of the Australian Open in 2015 before a maiden title win and a semi-final berth in Miami catapulted him inside the top 20.

And while Kyrgios may not have yet ridden the coattails of his own unbridled talent to the heights that many predicted, he has never failed to put on a show for spectators.

The 25-year-old reached a career-high ATP singles ranking of 13 in 2016 and has six title wins to his name.