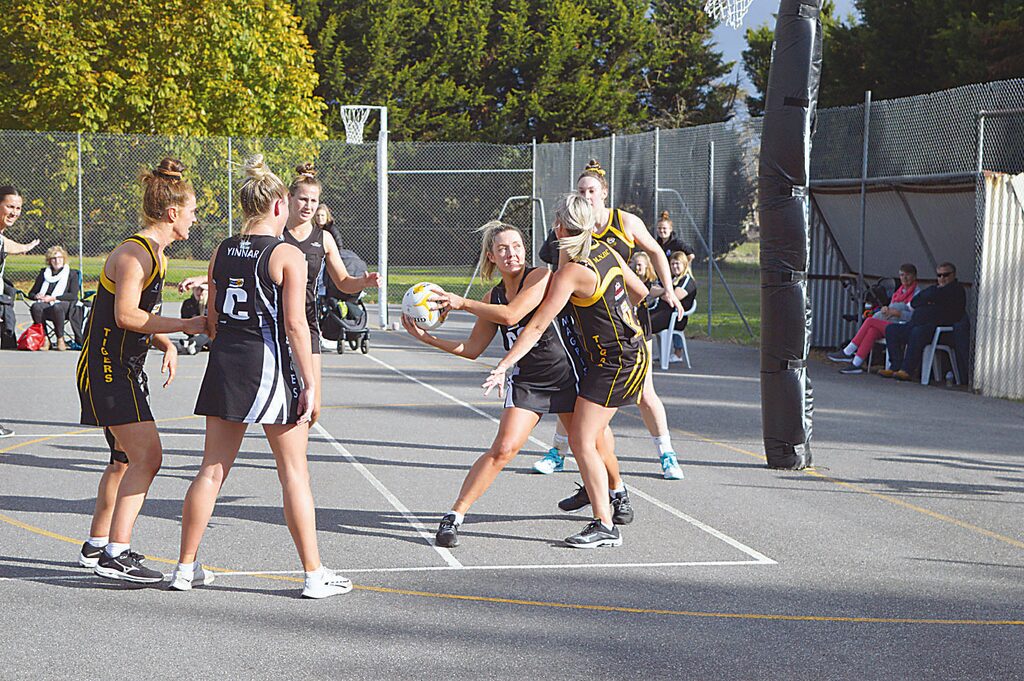 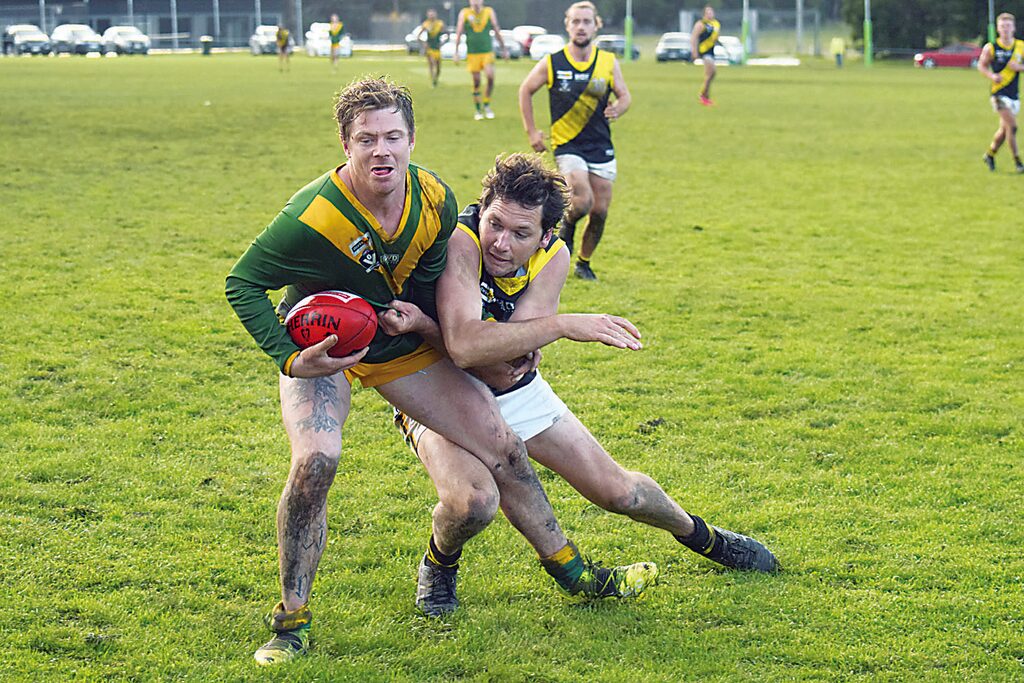 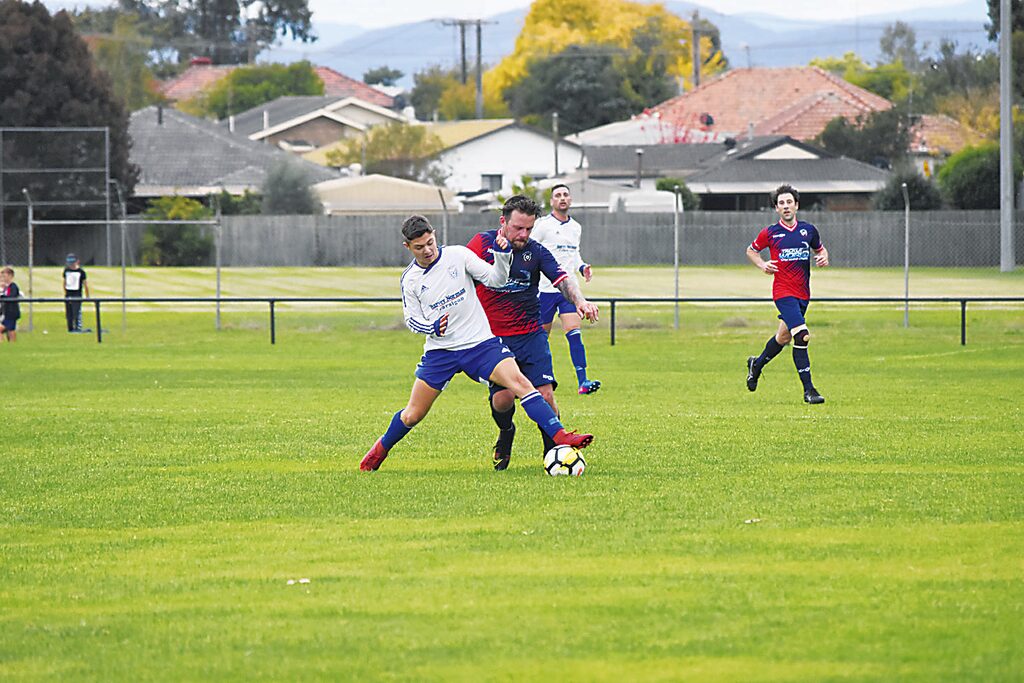 SPORT
By LIAM DURKIN
SPORTING players across various codes in Gippsland went from eager anticipation to incredibly deflated last Thursday after the state government announced a snap seven-day lockdown in light of rising coronavirus cases in Victoria.
It is the second time this year a snap lockdown has resulted in local sport being cancelled, after February’s five-day lockdown saw summer sport abruptly halted.
Just when it appeared to be smooth sailing for winter sport, the clamps were put on to any activity for the weekend was imposed.
Whispers of weekend sport not going ahead started to gather momentum last Wednesday, although most were under the impression those in regional Victoria would be safe.
However, with case numbers increasing, by the time Acting Premier James Merlino formally announced the lockdown at around 11.15am Thursday morning, most local players were confined to the fact that they would have to give sport a miss for the weekend.
Given the lockdown came into effect at 11.59pm, most clubs made the most of the time they had left to be together.
At football clubs, Thursday night is traditionally when selection takes place over a club dinner after training, so sporting organisations across Gippsland still opened their doors to patrons for a last supper of sorts before the lockdown took effect.
After dinner, many players ventured to nearby pubs for last drinks.
While it remains to be seen, the lockdown may actually prove beneficial to some clubs, especially those with mounting injury tolls, as players feeling a bit ginger will be able to give themselves an extra week to recover.
Conversely, for teams who had matchups against opponents where a pasting could well have been on the cards, the lockdown may well have enabled them to dodge a bullet.
Countless cricket teams have gotten out of jail over the years thanks to a second-week washout, with the result of those matches often having a drastic baring on final ladder positions – it is possible the same thing will be seen in football, especially in the Mid Gippsland Football-Netball League, which will not be rescheduling games from the weekend.
In the Gippsland League, all Round 7 matches will be postponed.
The league will work with member clubs in an attempt to reschedule the matches, which looks set to be July 10, a date originally set aside for a league wide bye.
However, if suitable times cannot be agreed by all member clubs the Gippsland League will implement the recommendations in the COVID framework and all Round 7 matches will be abandoned with no points or percentage awarded.
If Round 7 is abandoned, as per the recommendations in the COVID framework, the Gippsland League allowable player payments salary cap, which currently sits at $120,000 will be adjusted on a pro rata of games played.
If the state wide lockdown ends as scheduled on Thursday, Round 8 will recommence as scheduled and no adjustments to the current finals structure or finals qualification will occur.
The Mental Health round that was to be played last weekend will now be played in Round 16.
The junior football interleague training that was schedule for June 2 will be cancelled and the first training will take place on June 9.
Any Association Championships netball training scheduled by teams will be cancelled.
Timelines outside the seven day lockdown for the junior representative programs will remain as sent out.
In North Gippsland, a formal decision on whether Round 8 matches would be rescheduled or cancelled altogether had not been made at the time The Express went to print.
The NGFNL had written to all clubs by Friday morning with some options, which took into account the real possibility the current lockdown may be extended.
For this reason, it is believed the NGFNL held off making any announcements last week, given it could well have proven useless a few days later.
It is expected the NGFNL will make a public announcement early this week regarding Round 8 matches.
Local soccer was also postponed.
“All LVSL competitions and football activities (senior and junior training, LVSL squads and miniroos) will be suspended from 11.59pm tonight (Thursday) until further notice,” Latrobe Valley Soccer League president Allan Roberts said last week.
Golf courses across Gippsland have also been ordered to close until 11.59pm Thursday, June 3.