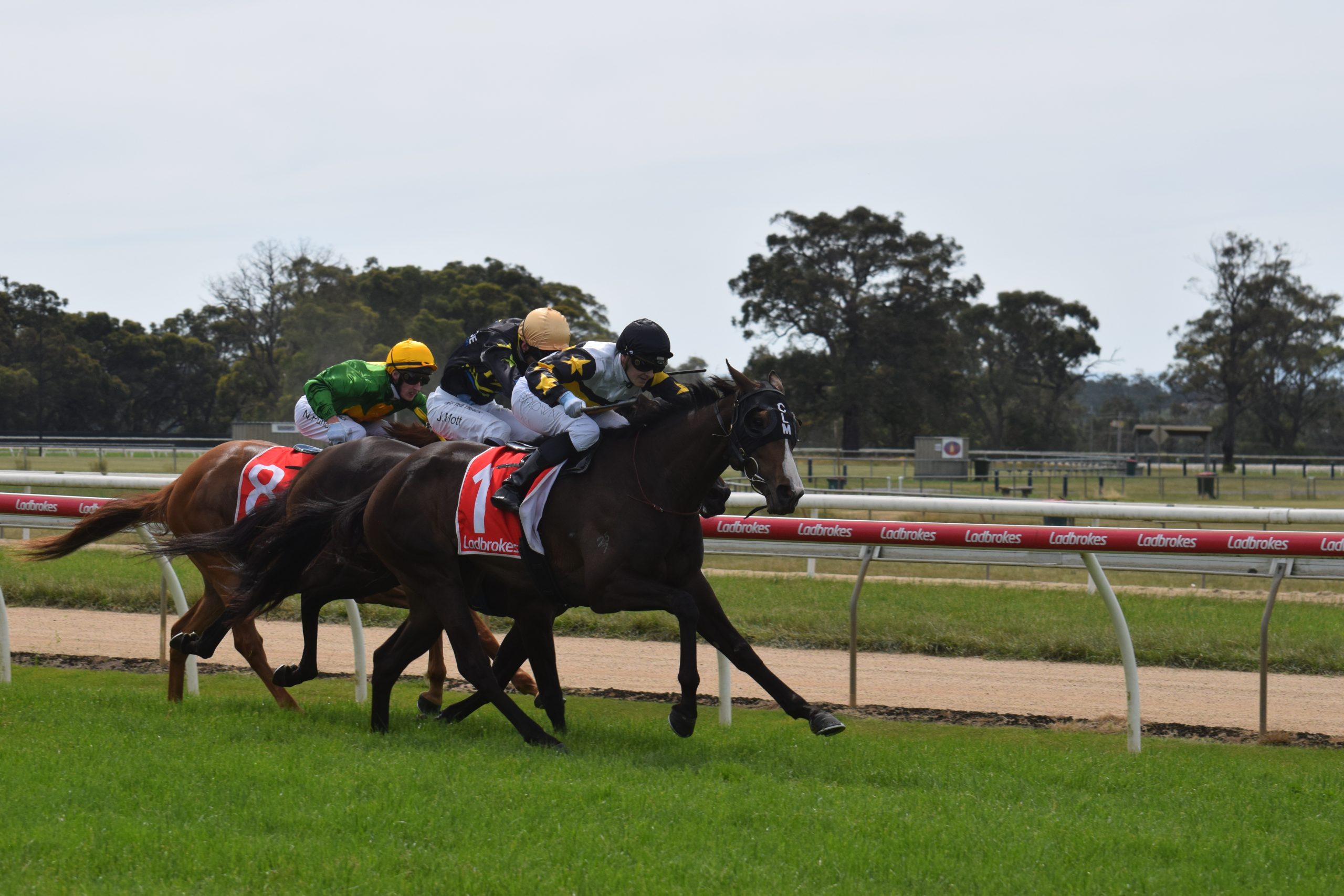 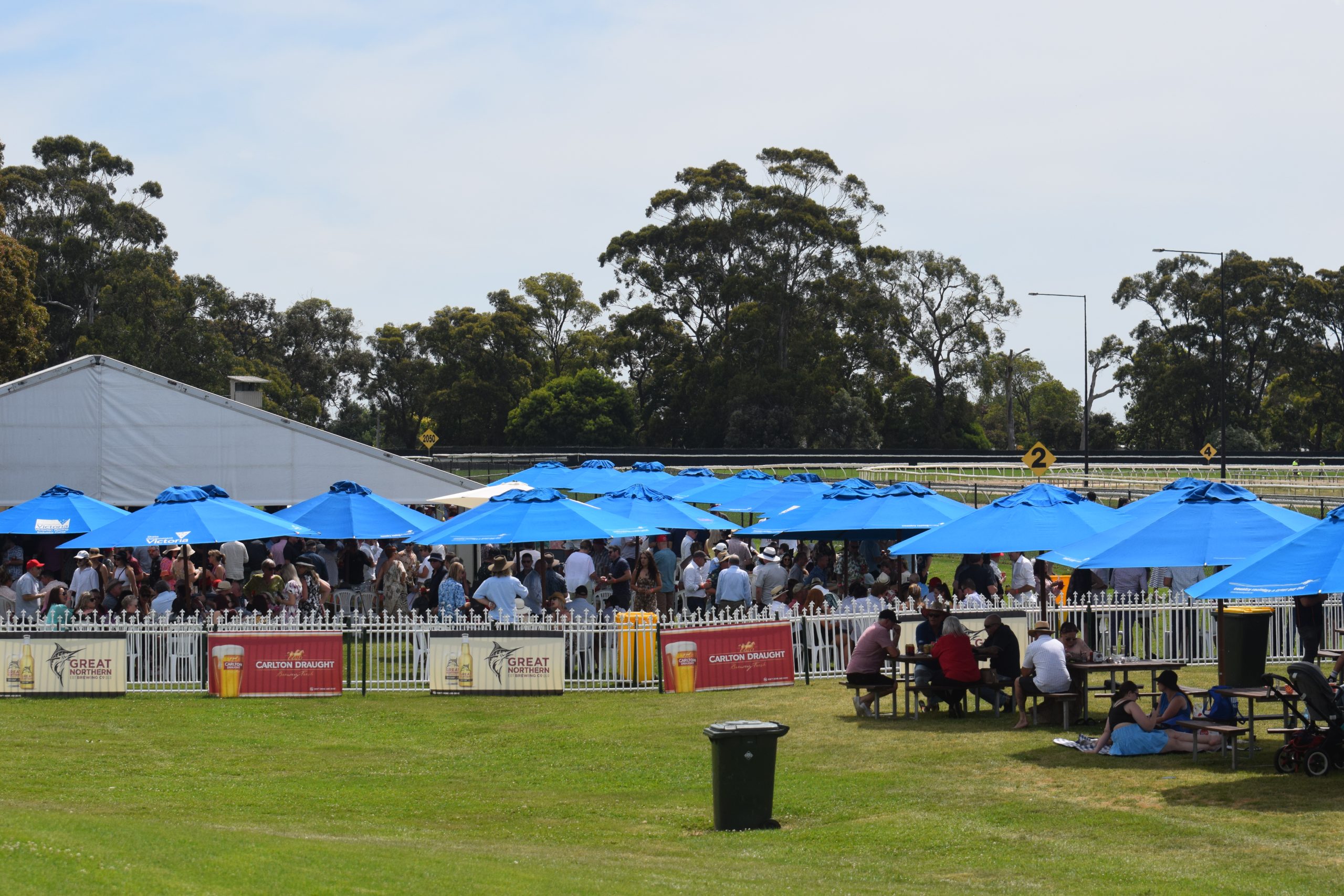 Blue skies and a top temperature of 28 degrees saw many racegoers enjoy the opportunity to get on track, something which has been rare during the past two years due to the COVID-19 pandemic.

Jockey Ethan Brown proved the star of the show, riding a winning treble.

Brown certainly proved the punters pal, with all three winners starting favourite after getting heavy support.

Trained by Jason Warren and Dean Krongold, Little Pickle made a great impression in what was the first run of her second preparation.

A daughter of Unencumbered, Little Pickle had been placed two of her three previous runs and signalled that bigger things could be in store, racing away to score by a 1 1/4 lengths from Tagomago.

Yaphet finished ninth in the Sandown Guineas at Group 2 level in his previous outing, with trainer Cliff Brown electing to drop the grey son of Blackfriars back in class in a bid to land a breakthrough win at start seven.

Supported from $1.75 into $1.50, Yaphet produced a tradesmanlike display, holding off second-elect Inordinate by a length.

Trainer Brown was pleased with the performance as he continues to make the transition back into Victorian racing after a successful 13 years in Singapore.

Weave That Web ($2.90fav) completed a fine day at the office for Brown when he held off Without Excuse in a thrilling Purcell Painting Benchmark 58 Handicap (1600m) for the fillies and mares.

Trained by the powerful Ciaron Maher and David Eustace training partnership, Weave That Web is a daughter of the former champion three-year-old turned stallion Pierro.

After racing without landing a blow at tracks such as Mildura, Swan Hill and Ararat, eastern Victoria looks to suit Weave That Web, who took her career record to two wins from six starts after getting home by a nose.

It was also a fruitful day for the combination of Michael Moroney and Jordan Childs.

Trainer Moroney, who won the 2000 Melbourne Cup with Brew, came to the fore early with the day’s longest-priced winner, Shiriki ($13) in the Paull’s Carpet Choice Maiden Plate (1100m) for the fillies and mares.

Shiriki offered little in her debut on a soft track at Geelong in June, but given further time to mature and the opportunity to race on a Good 4 surface, showed plenty of quality to lead throughout.

A daughter of Exceed and Excel, Shiriki was rated to perfection by jockey Childs, holding off Munchette by the closest of margins.

Having slipped under the punters guard on that occasion, the duo were more well-found when Jungle Jim won the last race on the nine-event program, the Bidfood Class 1 Handicap (1200m).

Jungle Jim ($3.20) won like Shiriki, jumping beautifully to lead and withstand a lion-hearted challenge from Santero to win by a nose.

A son of the Irish-bred stallion Canford Cliffs, Jungle Jim has now won his past two starts, with the Moe victory sitting alongside a Geelong maiden triumph back in January.

Expect Jungle Jim to tackle a race either at Cranbourne or Moonee Valley as his next assignment.

Some smart punters were all smiles after Toronasaurus Rex foiled a strong plunge on favourite Side Bet in the Ian Grant’s Caravans Maiden Plate (1100m).

Side Bet from the Matt Laurie stable jumped the $2.10 favourite on the strength of his previous appearance when second on the Ballarat synthetic track.

But Toronasaurus Rex, prepared by Mick Bell of Jungle Edge fame, did a great job to win and hold off the favourite by three-quarters of a length.

The win was the first at start five for the son of Toronado.

Mark down No Crying ($3.90) as a horse to follow. A daughter of Exceed and Excel, No Crying had been knocking on the door at tracks such as Wangaratta, Cranbourne and Mornington.

Ridden by Dean Holland, the three-year-old filly showed a sharp turn of foot to surge into the race in the straight and power away to score by a comfortable 1 1/4 length margin.

Not only that, but she overcame a betting drift from $2.50 out to $3.90 as punters came for the Peter Moody debutant Deece Scent Kiss, who failed to fire, running sixth.

$10 shot Halvoya (Nathan Punch) was another eye-catching winner as she powered home to win the Ladbrokes Switch Benchmark 58 Handicap (1100m).

The four-year-old from the Robbie Griffiths and Matt de Kock stable turned the tables on runner-up Make An Effort, who beat her at Bairnsdale the previous start.

This time Make An Effort had to fill the role of bridesmaid, but the Sale galloper lost no admirers, having covered plenty of ground in the run.

The day’s other winner was Milestone in the Yarragon Country Style Bakery Benchmark 58 Handicap (2400m).

The success was the first on Australian soil for the OTI Racing-owned French-bred gelding, whose previous success had come at Chantilly in May 2019.

Milestone was ridden to victory by jockey Tayla Childs for trainers Trent Busuttin and Natalie Young.