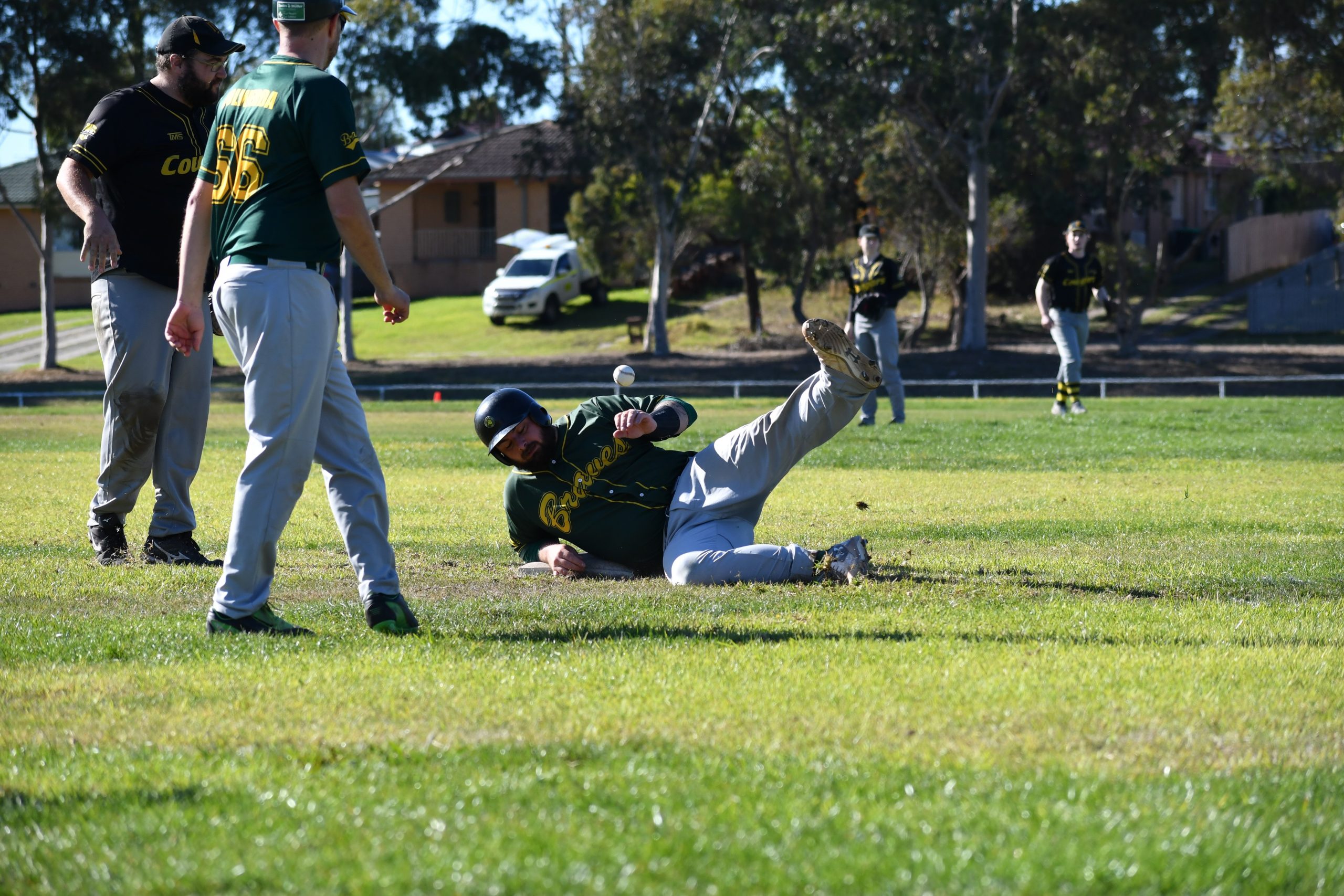 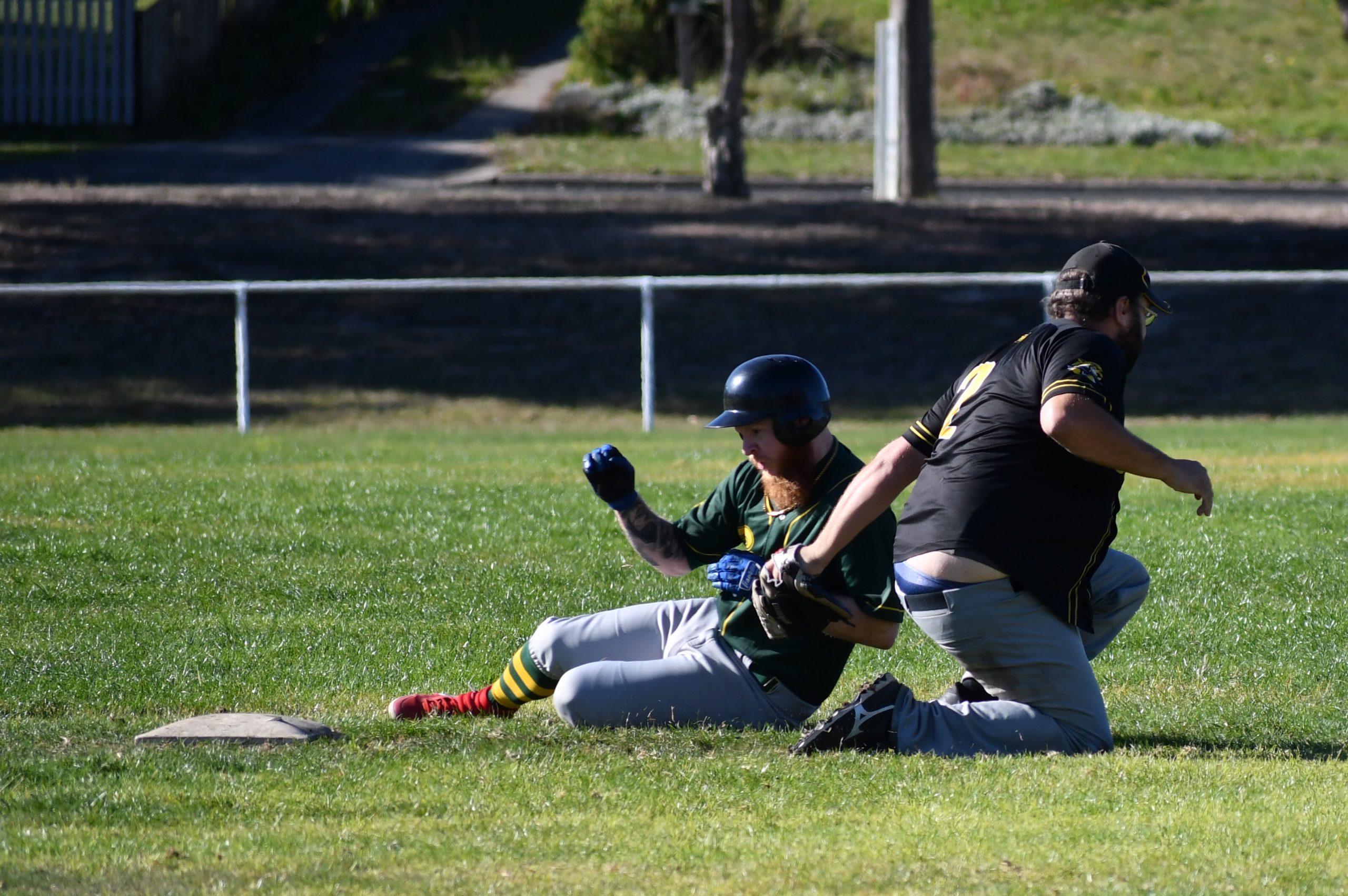 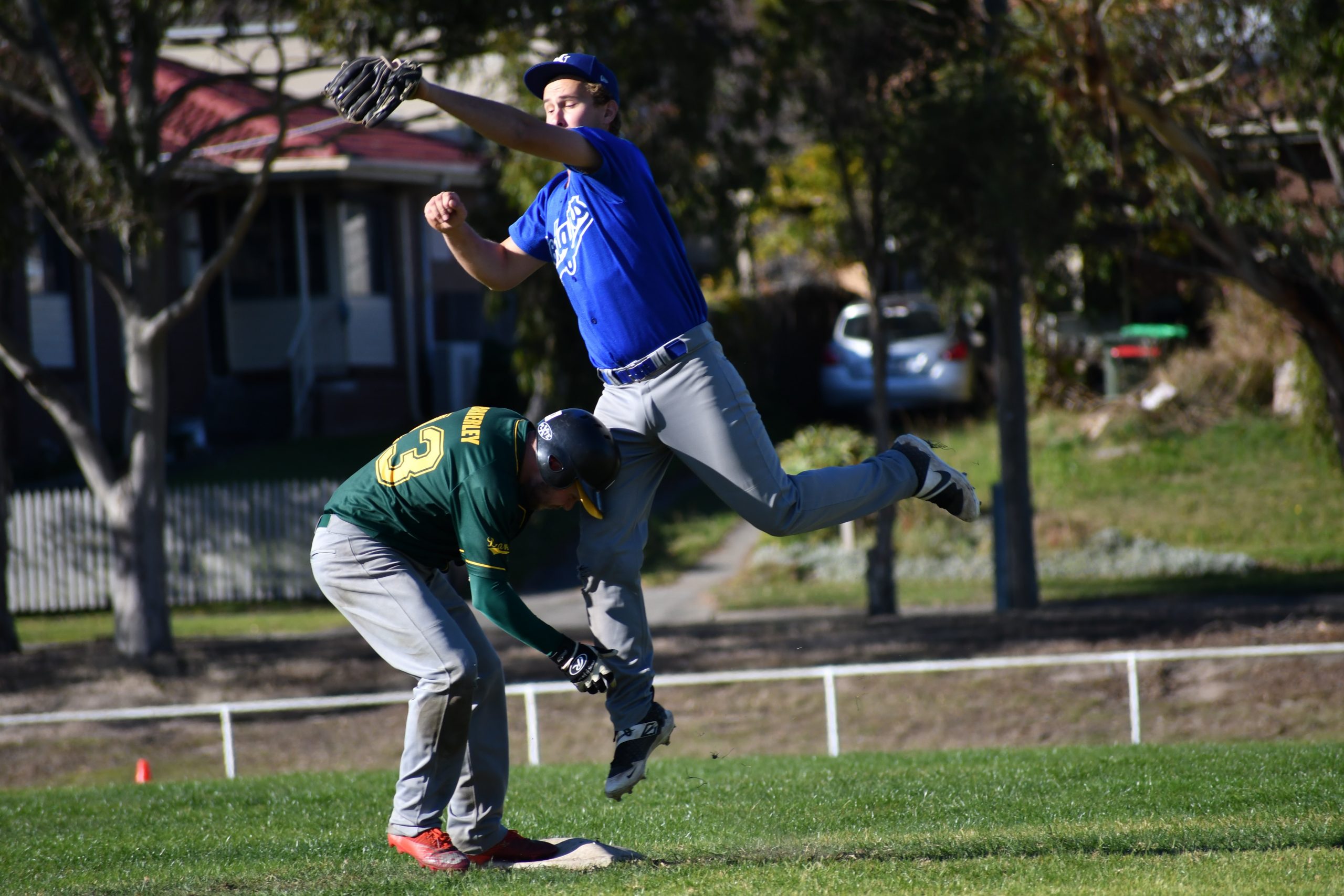 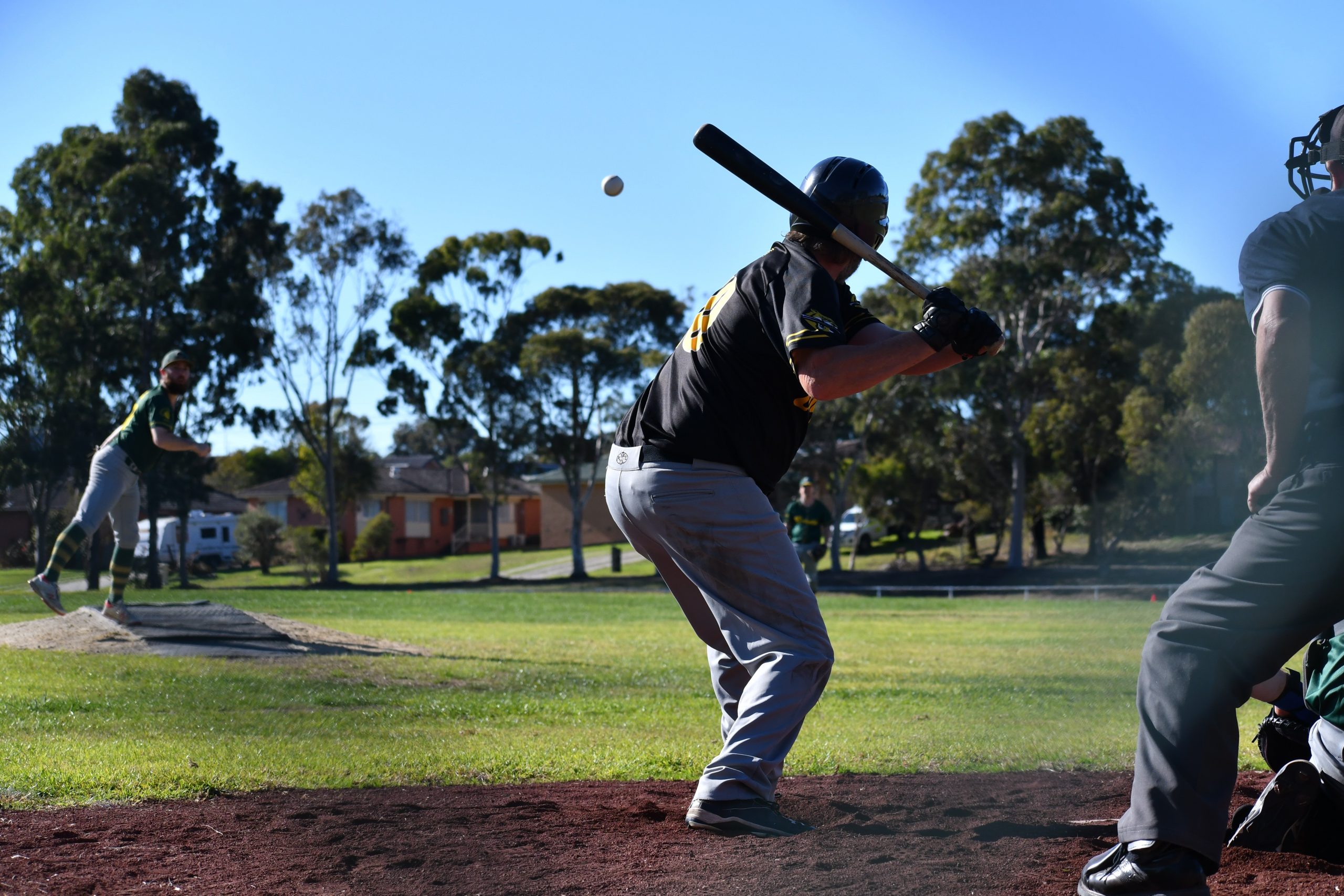 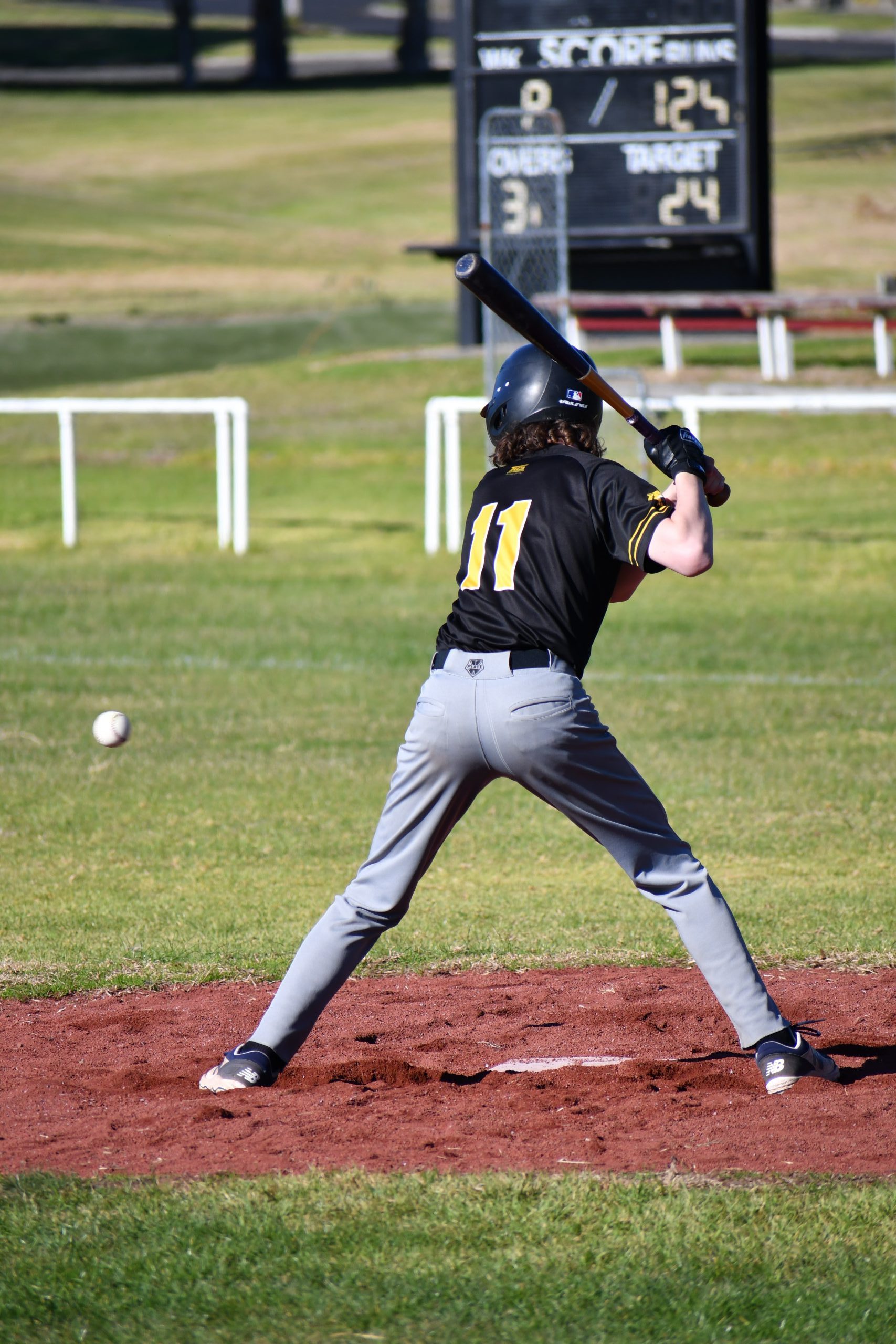 A GRADE
SUNDAY’S game between Moe/Newborough Dodgers and Churchill was a heartbreaker for the Braves as they lost the lead late in the game with a 17-6 defeat.
The game was tied at four with Moe/Newborough batting in the top of the seventh when Benn Zomer hit a single on a 2-1 count, scoring one run.
Despite the loss Churchill collected 11 hits in the high scoring affair. The Dodgers had 15 hits on the way to their victory.
Trent Job got the start for the Dodgers on the mound.
The hurler surrendered six runs from 11 hits over eight innings, taking seven strike outs. Sam Gillett started things off for Churchill, allowing 12 hits, one walk and eight runs over seven innings. Luke Anson stood in and relieved Gillett on the mound for the last innings.
SALE Rangers lost the lead late in their clash with Traralgon to go down 15-7.
The game was tied at seven with the Redsox batting in the top of the seventh inning, when Austin McConville Jr drew a walk scoring one run.
John Kus was on the mound for Traralgon, throwing one walk, nine strike outs and surrendering seven runs on 10 hits over eight innings.
Joel Hector started the game on the mound for Sale Rangers.
He threw six innings, allowing six runs on five hits and getting five strike outs.
Will Hector and Kevin Arbuthnot entered the game throwing one and two-thirds innings and one-third of an innings respectively.
Sale Rangers collected 10 hits and Traralgon 13.

B GRADE
CHURCHILL Braves jumped out to an early lead over Morwell Cougars and took home an 11-2 victory.
Brad Jones took the win for Churchill Braves, lasting five innings on the mound. Jones allowed four hits and two runs, with five strike outs and zero walks.
Michael Abrey started the game for Morwell Cougars. The pitcher lasted two innings allowing four hits, five runs while striking out one. Floyd Haines threw two and a third innings in relief.
Sale Rangers weathered a scare by Traralgon Redsox in the sixth innings where Sale coughed up three runs to the Redsox, but the Rangers still won with a score of 12-3.
The Rangers secured the victory thanks to seven runs in the fifth innings.
Rohan Hector was on the hill for Sale, lasting six innings, allowing five hits, three runs while throwing nine strike outs.
Traralgon started off with Will Brooker, who threw four and two-thirds innings, allowing 12 runs off eight hits and five strike outs. Andrew McConville Sr threw one-third of an innings as a relief.

C GRADE
CHURCHILL Braves defeated Morwell Cougars 10-9 after taking the lead late in the game.
The game was tied at nine with Churchill batting in the bottom of the fifth when Bryce Haley hit a single scoring one run. Sale Rangers struggled to get their offence going, getting easily dispatched by Traralgon Redsox with a 15-2 defeat.

UNDER 16
CHURCHILL Braves watched the game slip away early and couldn’t recover in a 13-8 loss to the Moe/Newborough Dodgers. Five RBIs from Beckie Stevens wasn’t enough as the Sale Rangers fell to the Traralgon Redsox 15-7.