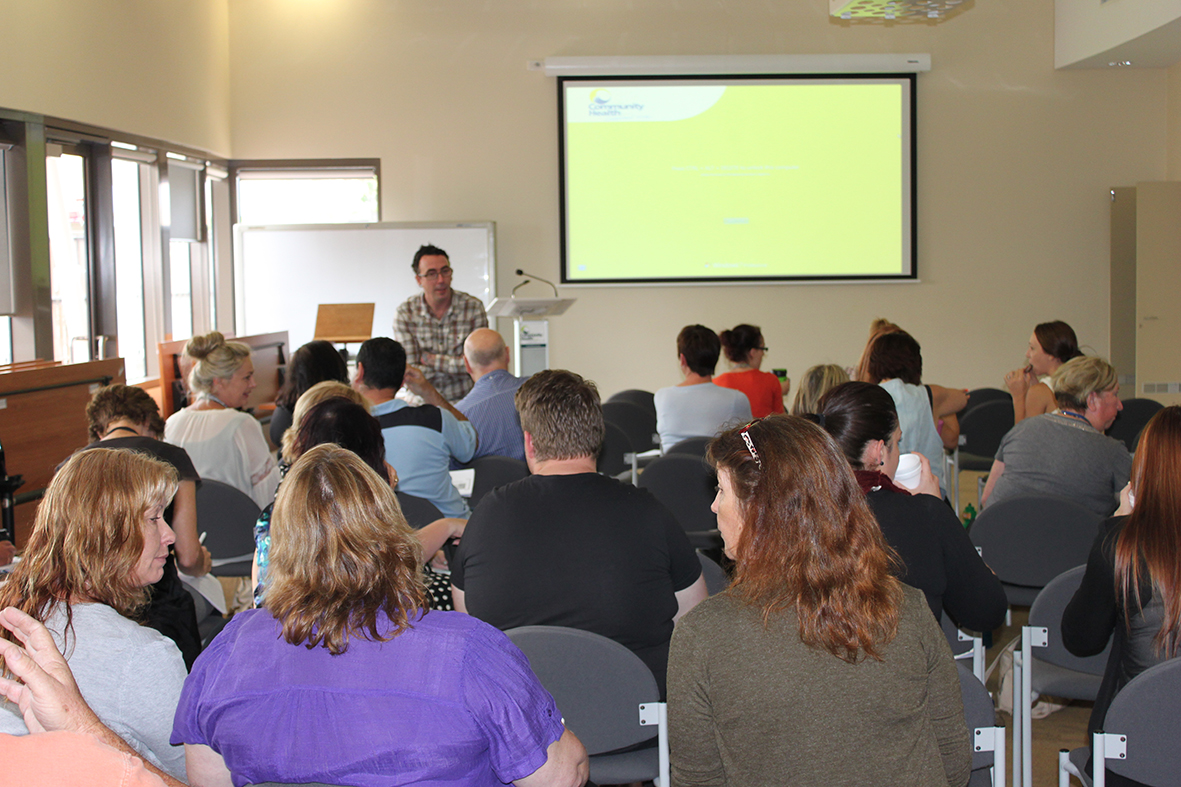 THE Latrobe Valley is facing a crisis driven by an increase in the use of the street drug ice.

Local police and health experts say information on the drug’s potency and “horrid” long-term effects must be urgently targeted at this region’s 16 to 20 year-olds in an effort to combat a scenario where it has become their “drug of choice”.

Data provided by Latrobe Community Health Service shows a 50 per cent increase in Gippsland clients last year, whose primary drug use was amphetamines and, “anecdotally, this is predominantly methamphetamine” (also known as ice or crystal meth).

Experts agreed the ease with which ice could be manufactured, its relative cheapness, intense impact and the mobility of today’s youth had contributed to the drug’s popularity but they uniformly warned it was “very, very hard to get off” and efforts to withdraw often required at least six months of rehabilitation, if not longer.

Local users seeking to reduce or cease ICE usage face an average wait of four months for residential rehab and up to two weeks for detox, but all sources agreed with LCHS manager drug treatment services Ann Hamden that users required immediate detoxification to help combat the high risk of relapse.

Latrobe Police Service Area Acting Inspector Jan McNally said last week’s Latrobe PSA crime data showing a 44.9 per cent increase in drug offences in the past year indicated police were “getting results” in terms of charging offenders but she said ice was proving a “major concern for us”.

Last week local police executed a warrant for 18 grams of ICE in Churchill, which Actg Insp McNally said was “huge”.

She said other ‘domestic’ laboratories had been busted across Gippsland.

Ms Hamden also said ICE was being manufactured with ease in “local laundries, sheds and kitchens”.

Ice may have become “socially acceptable and much more accessible” according to Anex project officer Nicola Cowling, whose organisation delivered ice training to local health workers recently, but “it easily becomes problematic” and users were “notoriously difficult to engage in treatment”.

The toxicity of ice meant users were “more prone to paranoia so they can become hostile and aggressive, and are often awake for days on end,” Ms Cowling told The Express.

“We can be quick to dismiss them as a ratbag element but it (the drug) is completely interfering with the chemistry of their brain”.

Actg Insp McNally agreed, saying the prevalence of ice meant “our arrests are becoming more violent” because “the reactions are totally different to someone who is drunk, for example, and the resources it takes to arrest someone on ice is three times what it would be for someone drunk or on other drugs”.

Ms Cowling said ice presented major challenges for “emergency staff and police who don’t know what they are dealing with”.

“Ambulance (officers) say they used to know what they were up against in terms of responses” but ice-induced psychosis was “having a huge impact on them”.

Ms Hamden said by the time users presented at LCHS they were often “at rock bottom”, experiencing depression, suicidal tendencies and sometimes homelessness. She said about two thirds of users were at risk of mental illness.

“The significant issue here is psychological withdrawals can take a really long time to abate…studies show it can take months to recover from the effect ice has on cognitive function and motivation,” Ms Cowling said.

Experts agreed multiple factors had contributed to the spread of ice in the Valley, including the use of social media to secure access to the drug.

The spread of ice use among a much wider demographic than the reach of other drugs is a key concern for experts.

“We are definitely seeing a greater diversity of people using ice , in terms of age and socio-economic status, and among adults not just kids,” Ms Cowling said.

The highest number of service users at LCHS were aged between 20 and 24 years, Ms Hamden said, adding “and we talk a lot about how people, who you would not expect, are using ice to get through work, stay awake and work longer hours.”

Actg Insp McNally agreed, saying “it is no longer about the disadvantaged (demographic) which is where our low level crime and theft used to happen, to fund (drug use), but this is widespread – from really wealthy families and across, these kids are choosing to take ice”.

“A lot of kids are going straight to it… it’s their choice, they want to be adults, but they are making choices that affect them for the rest of the lives; it’s very, very hard to stop and it can affect them forever,” she warned.

“It seems all new and exciting at first but suddenly they realise ‘I don’t want priors (convictions) for drug use; it means they can’t travel to some places and it’s harder to get jobs.”

“Because of its effect we have driving offences and violence, where people have taken (ice) and suddenly committed a serious assault out of the blue,” she said.

Actg Insp McNally also agreed with the claims of others that users were often desperate to get off ice but found “it is not about them just saying ‘I’m going to give up having a ‘choof’, or get off the gear’… ice is totally different and it is so dangerous because people make it; it’s not a natural drug and you don’t know what’s been put in it”.

Ms Cowling said the purity of ice was “very inconsistent” leading to “more intense reactions” to the drug.

Ice used all “the feel good chemicals in the brain” so “people go from feeling amazing to then feeling really lousy (as they attempt to recover) so it is tempting for them to go back to using,” she said.

Actg Insp McNally said “we find when these people are not using they are really apologetic (for their behaviour) because it’s not their normal behaviour”.

She said the “dangers and consequences” of ice far outweighed the drug’s “high” but “the young kids don’t know that”.

LCHS currently delivers drug education via a mobile support team to local youth, but Ms Hamden agreed “we need more” and Actg Insp McNally called for the 16 to 20 year-old age group to be targeted.

Ms Hamden said some reform was underway in the statewide drug and alcohol arena, with talk of a “central bed register” for withdrawal facilities, which would “stop us from having to beg for beds” and people would “go in order of where they should be”.

“It would be great to have a residential detox and rehab here, but we have been told there is no money for this, or it is very minimal,” she said.

LCHS focuses its efforts on counselling, harm minimisation, referrals and linking clients to support services including housing and employment to aid them in their post-rehabilitation efforts.

Ms Cowling predicted it would be “a long time before we see a reduction in (ice) use” but “we need really good education in place to spread the word via peers” and “mental health and other support services need to be supported”.

“There are a lot of acute presentations and I really feel for staff in (the field of) psychiatric care…they don’t know what to do with these people when they require long-term support,” she said.

Actg Insp McNally said the spread of ice had “hit so hard and fast” that the experience of police on the ground had “got in before training”.

“We have mental health training covering drug use and a five-day drug course, which is very hard to get in to” but “if you have done three months on a van shift you can be guaranteed to be very well versed on how to handle people on ice,” she said.

“I think what we need is resources (poured) into preventive measures… there is always a raft of reasons why we can’t do that but I would much rather see a kid say no than sorry”.