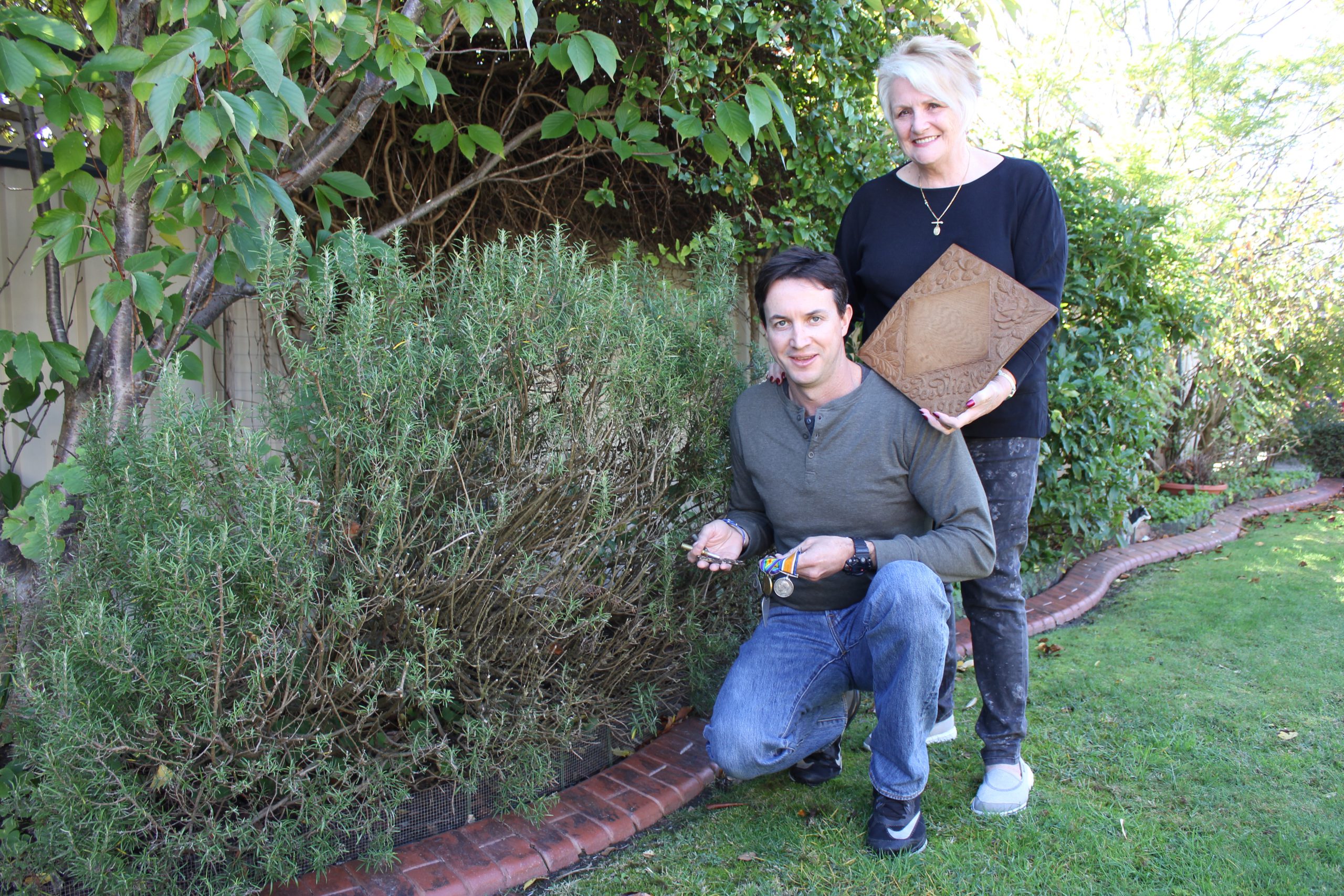 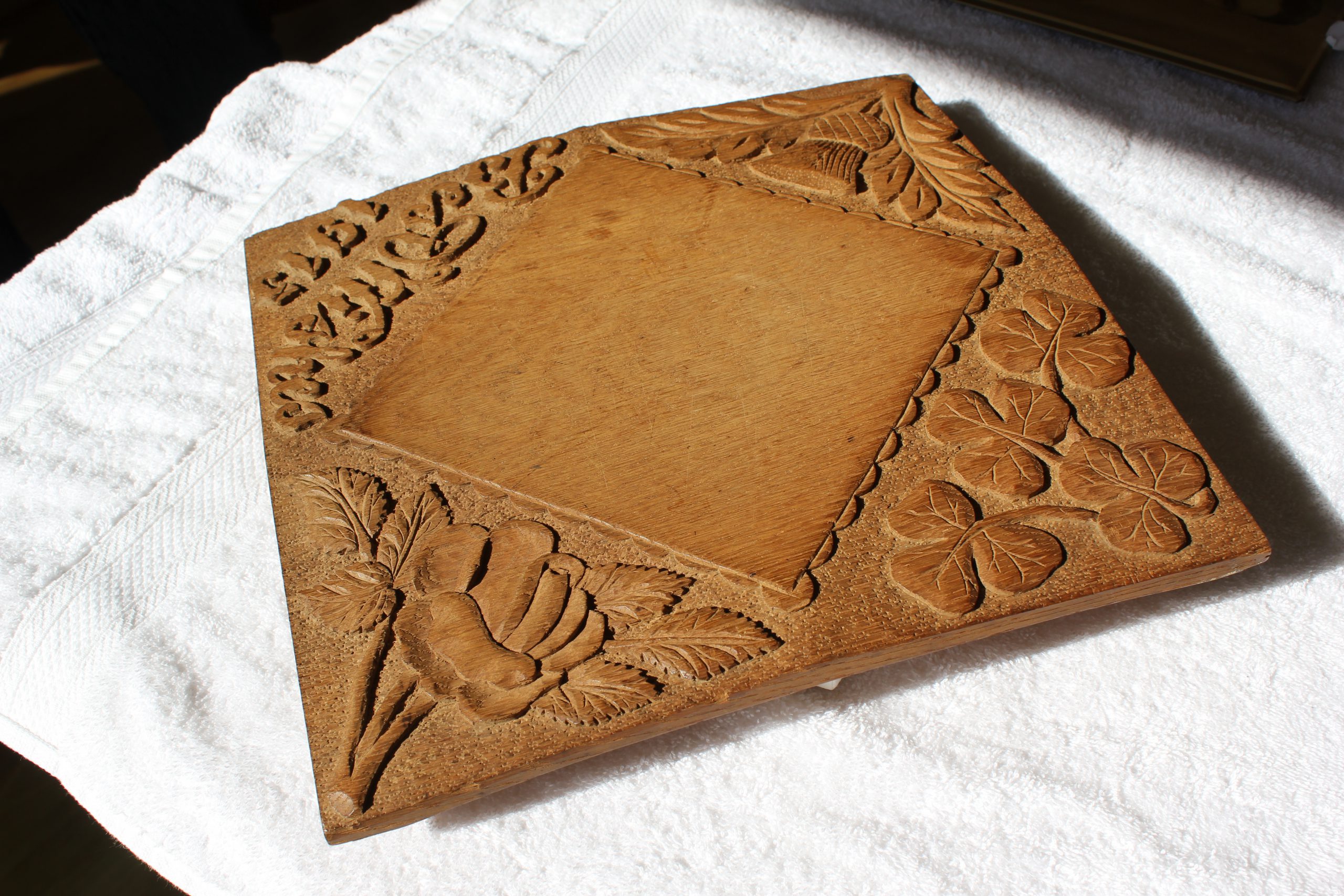 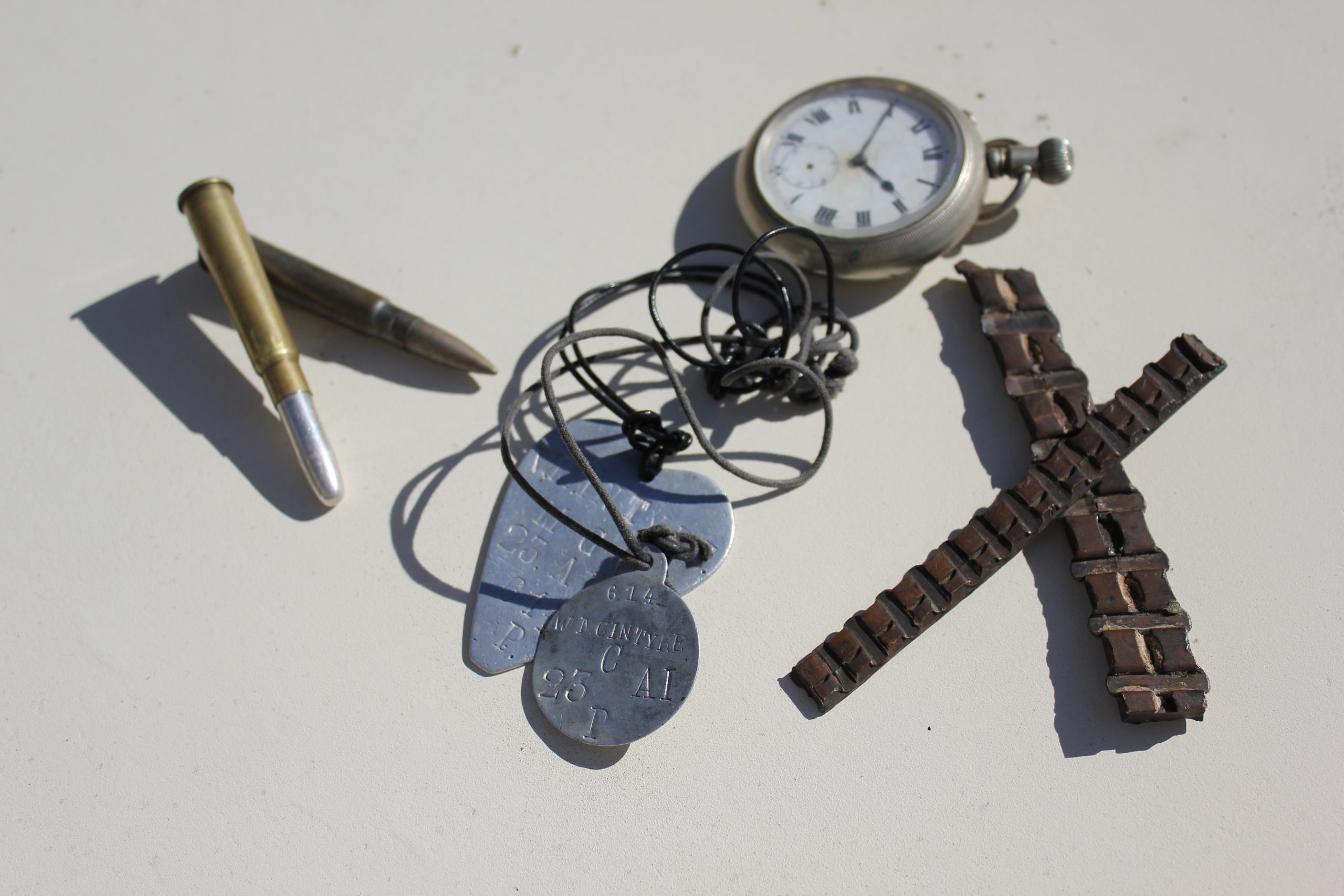 A MORWELL family has uncovered a hand-carved bread board made in the trenches of Gallipoli in World War I.

Embellished with the Irish three-leaf clover, the Scottish thistle, the English rose and the words ‘Best Wishes 1915’, the piece of ‘trench art’ was crafted by William McIntyre, grandfather to resident Carol Smith. Historians at the Australian War Memorial in Canberra told Ms Smith the artefact would have been made using a pocket-knife in the trenches, while the 23rd and 24th battalion alternated fighting at Lone Pine until they left Gallipoli in December 1915.

Known as ‘Will’ or ‘Bill Mac’, she said her Carisbrooke-born grandfather was a cabinet maker and once made cabinetry and wooden ladders for the Melbourne Fire Brigade.

“They said that often people that had a trade, when they had free time, would make different things,” Ms Smith said. But the board is one among one a trove of WWI artefacts remaining in the family. Ms Smith’s son, Rhys, recently found a box of items used by his great-grandfather, including diaries, three WWI medals, a tobacco tin, ration card, wallet, fob watch, bullets, aluminium cast pencil and oil-skin pouch.

“All the soldiers in our family never talked about their war experiences, but when you read these things, and learn what they went through, it amazes me that they could come back and pick up their normal lives,” Ms Smith said.

The family intends to keep the memorabilia and write a book about their personal history in WWI and WWII.