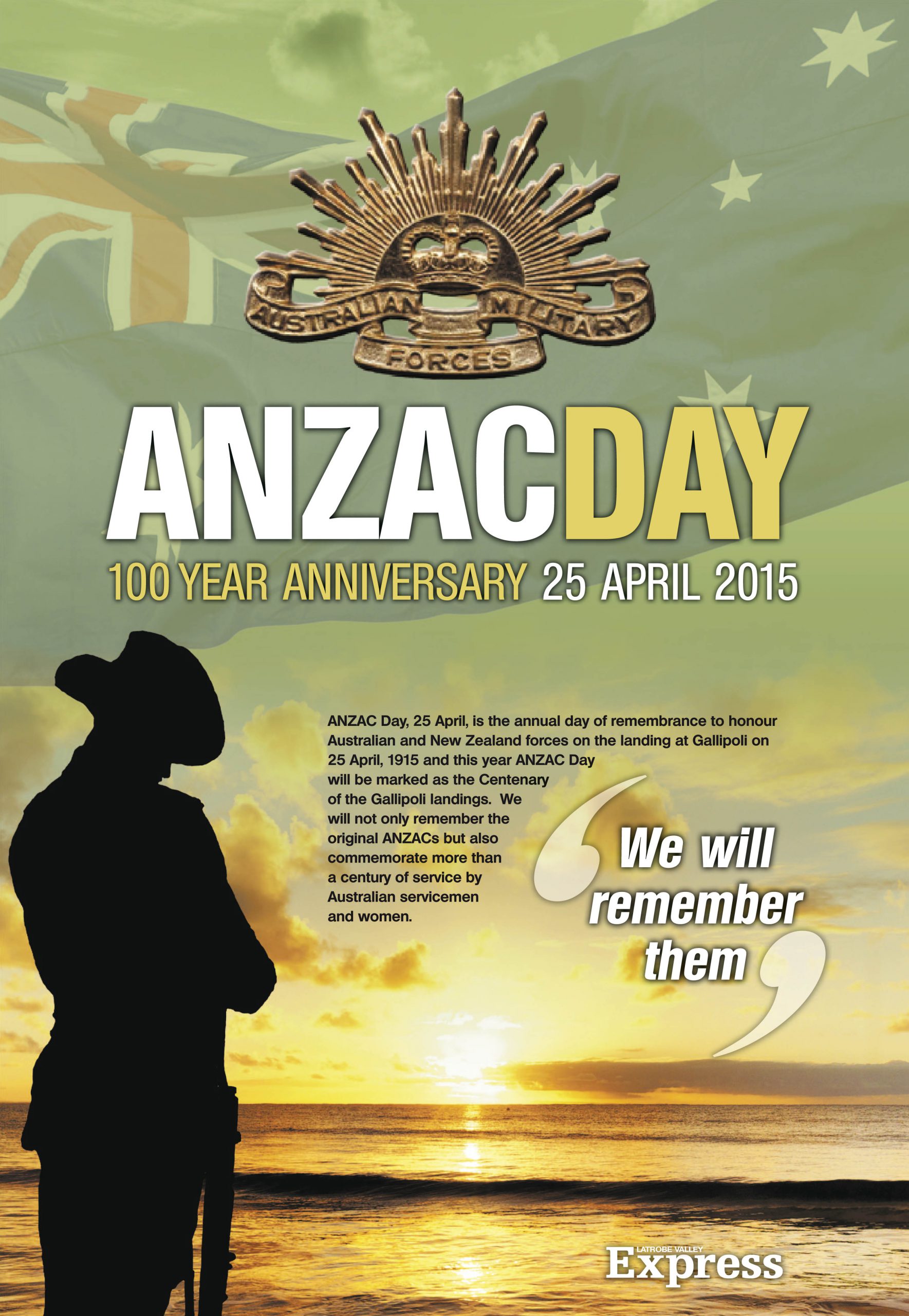 The Express together with all businesses listed within this special feature, honour those who continue to serve and those that made the supreme sacrifice, and acknowledge what was sacrificed and achieved.

We show our thanks by donating $26,300, being 100 per cent of proceeds from this feature, to RSL sub branches within The Express’ circulation area to aid their work in providing assistance to ex-servicemen and women and their families. The RSL sub-branches who will receive an equal portion of the revenue are:

Anzac Day is probably Australia’s most important national occasion. It marks the anniversary of the first major military action fought by Australian and New Zealand forces during World War I.

ANZAC stands for Australian and New Zealand Army Corps. The soldiers in those forces quickly became known as Anzacs, and the pride they took in that name endures to this day.

When war broke out in 1914, Australia had been a Federal Commonwealth for only 13 years.

The new Federal Government was eager to establish its reputation among the nations of the world.

In 1915 Australian and New Zealand soldiers formed part of the allied expedition that set out to capture the Gallipoli peninsula in order to open the Dardanelles to the allied navies.

The ultimate objective was to capture Constantinople (now Istanbul in Turkey), the capital of the Ottoman Empire, an ally of Germany.

The Australian and New Zealand forces landed on Gallipoli on 25 April, meeting fierce resistance from the Ottoman Turkish defenders.

What had been planned as a bold stroke to knock Turkey out of the war quickly became a stalemate, and the campaign dragged on for eight months.

At the end of 1915 the allied forces were evacuated, after both sides had suffered heavy casualties and endured great hardships.

More than 8000 Australian soldiers had been killed.

News of the landing on Gallipoli had made a profound impact on Australians at home, and 25 April soon became the day on which Australians remembered the sacrifice of those who had died in the war.

Although the Gallipoli campaign failed in its military objectives, the Australian and New Zealand actions during the campaign left us all a powerful legacy.

The creation of what became known as the “Anzac legend” became an important part of the identity of both nations, shaping the way they viewed both their past and their future.