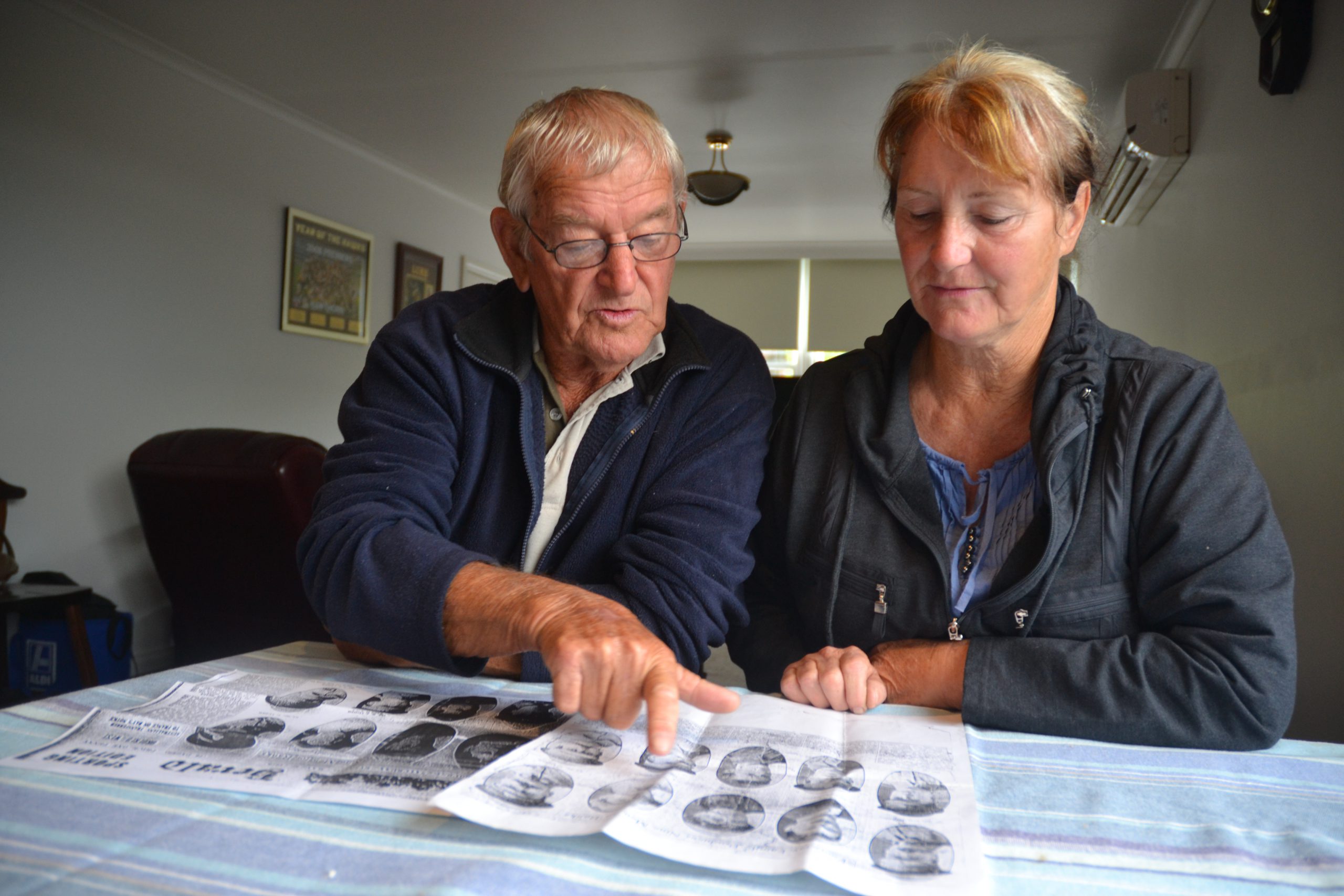 An impressive family history is still being unlocked this Anzac Day, after the discovery of a 99 year-old newspaper article by two Latrobe Valley brothers in their father’s garage.

More than 20 years after learning of their namesake’s formidable contribution to the Australian war effort, Kevin and Mervyn Fisher remain astounded by what The Herald described as a “remarkable record of enlistments”.

Of Moe and Trafalgar East respectively, Kevin and Mervyn hail from a family which three generations ago saw eight brothers enlist for armed services, three of them serving in the Battle of Lone Pine at Gallipoli.

“We knew there was a bit of an army history, but we never had any idea it was like this. I was so proud of it once we found out,” Kevin said.

The forms of the Fishers’ military contribution are as varied as they are many. While some brothers never left Australian shores, others endured multiple frontlines, such as great uncle Staff Sergeant Major Edward Fisher who earned distinguished medal conduct fighting in the South African wars. At Gallipoli, where the spirit of a nation was being forged, Lieutenant Walter Fisher was wounded twice commanding a battalion in the Battle of Lone Pine, where Captain Martin J. Fisher died as a sniper and Sergeant James Joseph Fisher was wounded.

Great uncle John Fisher was killed as a Lieutenant in a Scottish regiment in an unnamed battle, while at the time of the article’s printing his son was serving on an unknown European frontline. Their own grandfather George Fisher served as an armourer in France, while the newspaper clipping mentions a ninth brother’s desire to serve; despite five attempts to enlist his poor sight stymied his chances. In an attempt to explain how three great uncles fighting at Gallipoli became his family’s best kept secret, Mervyn has dwelled on a family tradition in which military service was clearly the norm.

“There was no big deal made of it, it was just normal for the family. If it wasn’t for those papers turning up we would’ve never known anything about it,” Mervyn said.

And with George’s service records and medals lost in a Longwarry house fire, The Herald article serves as the only concrete piece of the Fisher story amid scattered family anecdotes.

“All I can remember is he was an armourer in France, and later in the second world war he worked on the guns and everything in Darwin and was there when it was bombed,” Hetty said, apologising profusely for “being so dull” with her memory.

Hetty, herself working three years in a Footscray munitions factory during World War II making bullets for the war effort, remembers her father as military to the core.

“He was a real army man, we saw that in the home life and in discipline with the boys. We never saw him hit any of us, but he could certainly talk some sense in to you,” Hetty said.

Mervyn and his wife Heather plan to trawl the National Archives of Australia to learn more.

“There’s been some pretty different opinions on the army and national service in our family, it’s affected our generations. People came back from the war so disjointed and removed, have seen some horrific things and were chucked back on the street. It was pretty tough, (but) the Fishers never thought twice about it,” Mervyn said.