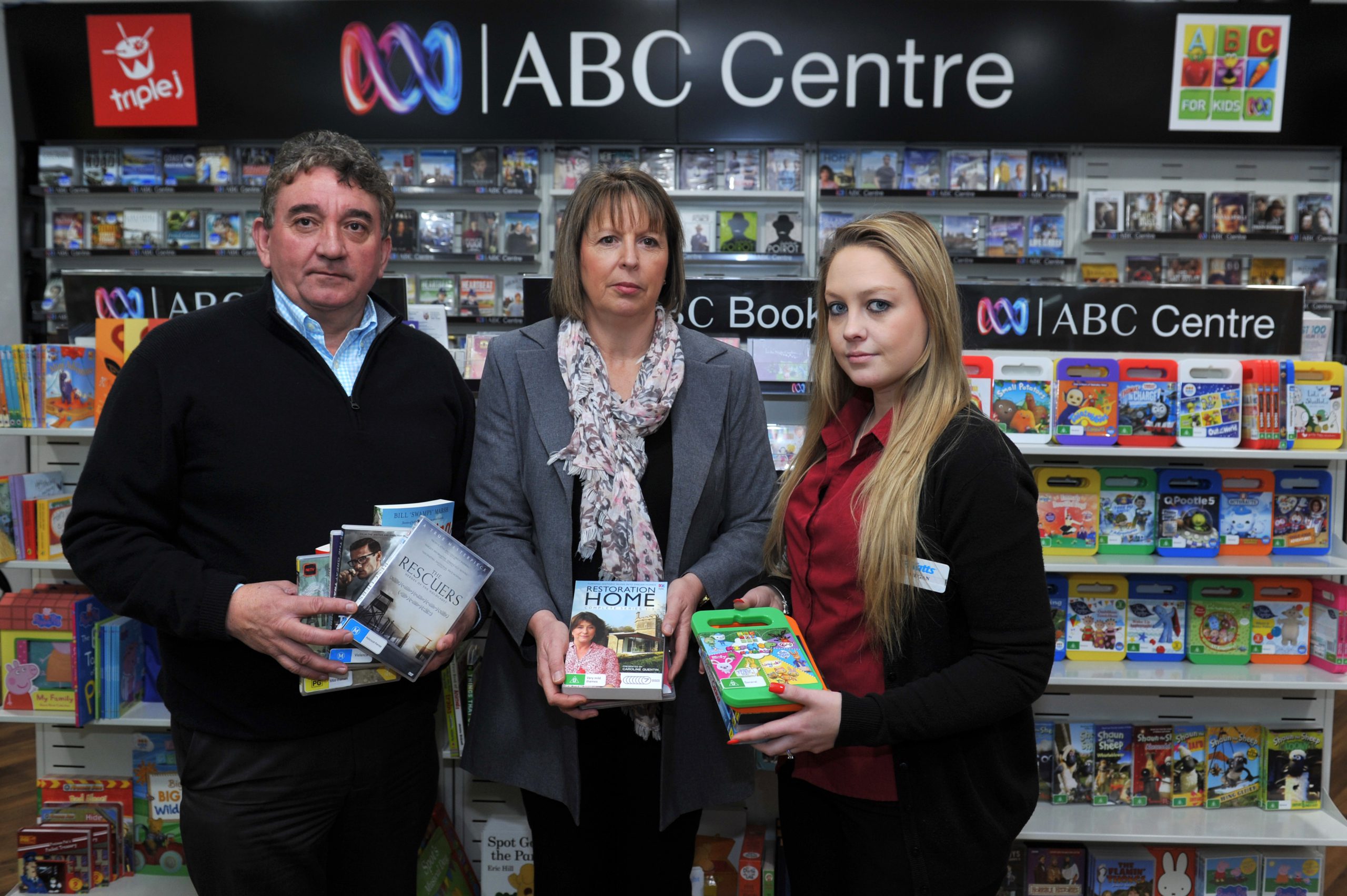 IT is business as usual for three Latrobe Valley retail outlets, whose owners have just been informed their ABC contracts will end in six months’ time.

The national broadcaster will phase out its bricks and mortar stores amid a rise in digital consumerism, revising its retail model to focus online.

The restructure will also focus on ABC-branded outlets inside independent retailers, including Morwell Newspower Newsagency, Moe’s Variety Bookroom and Traralgon News and Lotto.

Gary and Cheryl Garth, who took over the Traralgon store in February, said the news arrived as a shock, although the restructure did make sense.

“We’re naturally disappointed; the reason they’re closing (is) it’s the ABC shops are losing the money for them,” Mr Garth said.

“What that means is they’ll cancel all these agreements and do a new model, which is going to be based on the ABC online and have the products (available) through selected retailers.

“And we’re hoping we’ll be one of them.”

The ABC retail division has set out to debrief up to 300 staff who could lose their job ahead of the eventual closure of its 50 stores.

It will then begin consulting with the 78 ABC centres in the coming months, with talks to include the transition process and what outlets will remain selling ABC-branded products.

Each of the Latrobe Valley outlet owners have moved to reassure the community no one would lose their job.

“But basically we’re saying to them, the ABC centre is a small part of our book operations.

“No staff will lose their jobs and it will be business as usual, certainly over the next six months until this franchise agreement stops.”

Moe’s Variety Bookroom store owner Steve McNeilly has expressed his disappointment with the decision, having been contracted as an ABC centre for “not quite a year”.

“I’m not really sure how it will affect our store,” Mr McNeilly said.

“We’re still waiting for answers and we’re not sure how it’s going to work out.”

“We’ll just wind it down as it’s going, it could give us a chance to diversify,” Mr Burgess said.

“I’ve just had a talk to other staff members and it is a chance for something (new).”

Mr Garth said the sale of ABC gift cards would cease this Friday, although existing gift cards will be honoured until 5 February next year.

All ABC centre franchise agreements will end on 16 February, with the ABC not yet commenting on the impact of individual stores or licensees.