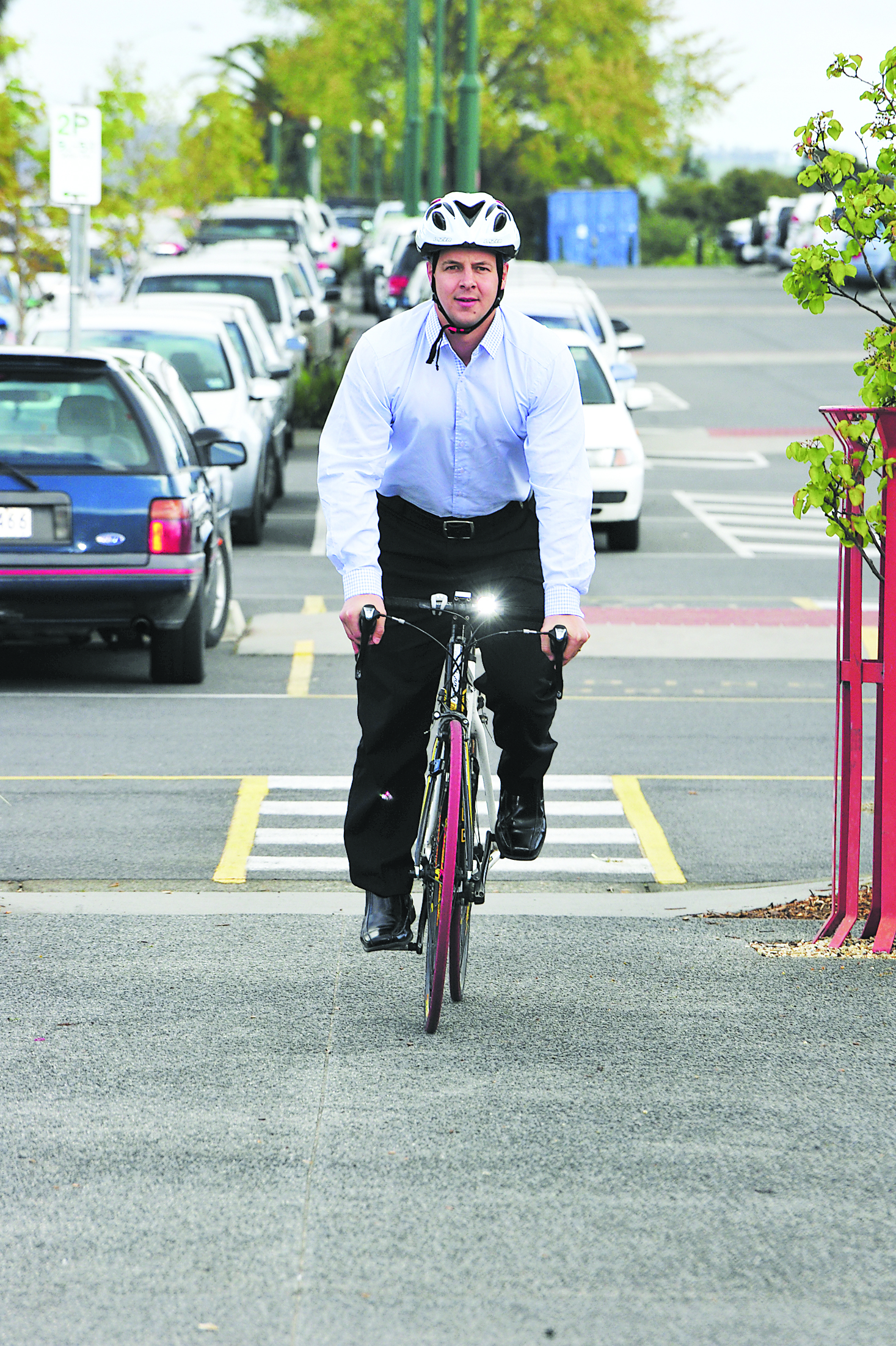 LATROBE Valley residents will put the pedal down this Wednesday for Ride2Work Day.

The event honours those who ride to work and encourages those who do not often pick up a helmet and give it a go.

Traralgon resident Andrew Legge rides to his office in Morwell three or four times a week and has been taking part in the day for more than 10 years.

Mr Legge said he could not ride everyday due to work commitments or poor conditions such as wind, but he would like to.

“I ride to work because it’s fun. When you were a kid you used to ride your bike just for fun, not for fitness or environmental impact,” Mr Legge said.

However, he said improve fitness was a bonus of riding.

“It’s good for busy people. If you can’t get your 30 minutes (of exercise) you can get it during your commute without even trying,” he said.

“I like to set an example because (at work) we are trying to promote a healthy lifestyle and the benefits of being active.”

He encouraged people to “give it a go”, especially those who were put off by the extra time and effort they perceived was involved.

“People think it’s hard, but it doesn’t take much extra time, just some planning. I pack my work clothes the night before and only have to leave a bit earlier,” he said.

Mr Legge said it took about 30 minutes to ride to Morwell, “but it would take 15 minutes to drive anyway”.

“This way I get to enjoy the fresh air and it gives you the ability to turn off and clear your head on the way home,” he said.

“You get to see things you wouldn’t normally get to see when you’re in a car.”

However, he said there were downsides, but he took precautions to avoid dangerous situations.

“Driver attitude is a concern. You have to be more conscious of drivers’ unpredictably and they are not looking out for cyclists,” Mr Legge said.

“It’s just something the cyclists put up with.”

To register for Ride2Work Day or to find out more visit ride2work.com.au