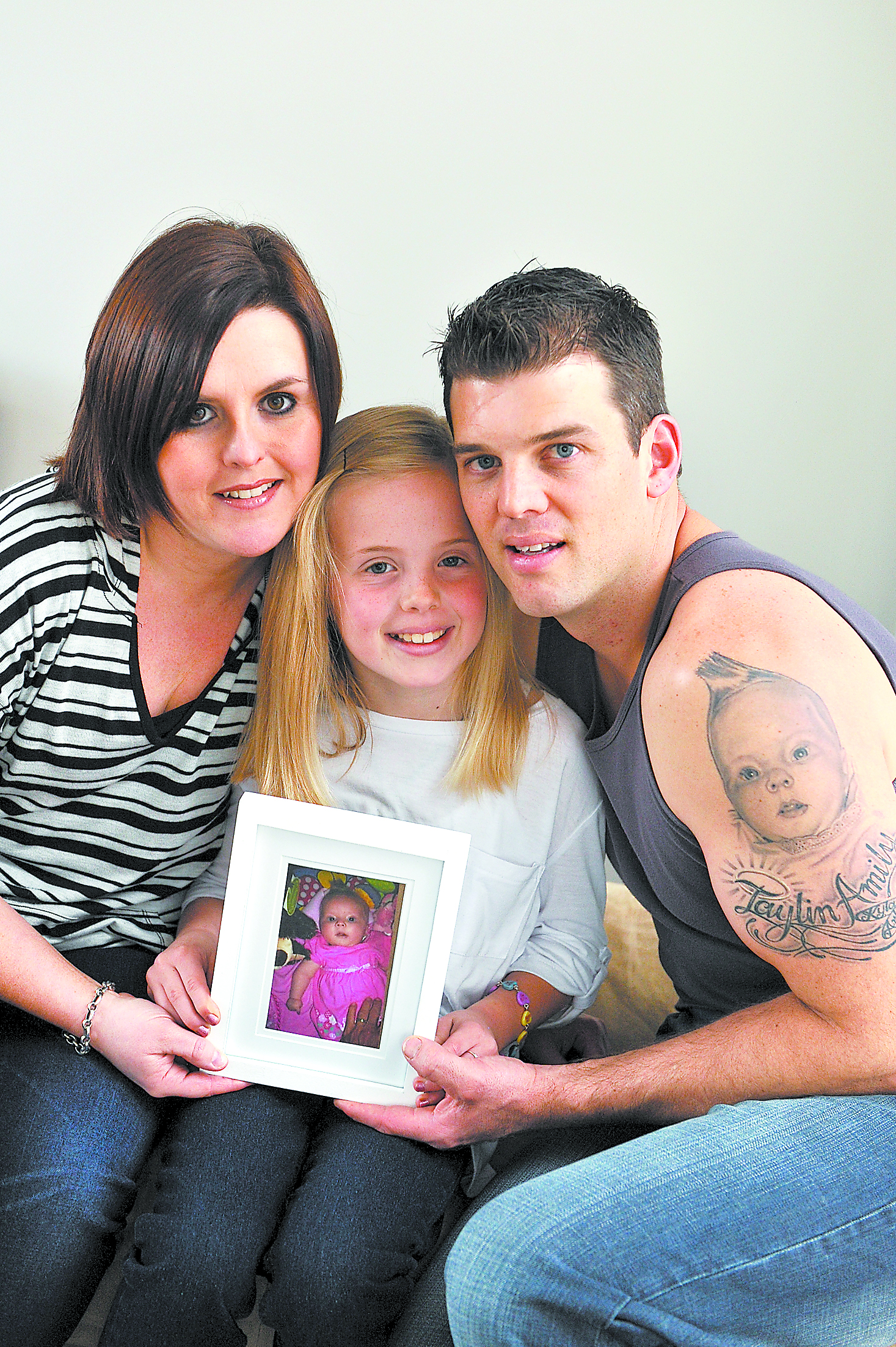 This time around, event organiser and Taylin’s mother Lee Mackay is hoping for an even greater reception.

“The community support that was behind us was really overwhelming,” Ms Mackay said.

“We’re looking forward to being bigger and better this year.”

The 2012 Million Steps for SMA will be held on 28 October to raise funds to fight the disease that claimed the life of Taylin in 2008, with researchers on the brink of a potentially major breakthrough.

Western Australian researchers, who are the beneficiary of the Mackay’s fundraising efforts, are hoping to perform human clinical trials in 2013 with a new drug designed to remedy the currently incurable disease.

“That’s a massive leap forward not only for research but SMA,” SMA Association of Australia chief executive Julie Cini said.

“Although they’re doing research on SMA it could definitely help with other diseases as well (such as Alzheimer’s and Parkinson’s disease).”

Taylin would have celebrated her fifth birthday in September, and Ms Mackay said the Million Steps lead-up was a poignant time of year for her family.

“It’s really emotional to know what she is missing out on; she should be starting school next year,” Ms Mackay said.

“We have friends with kids the same age and we can see what she would have been like and her sister misses her so it is an emotional time.

“On the actual day last year it was an overwhelming feeling, it was just pride and to be able to keep her memory alive, but (also) to know that so many people were there in her memory was really nice and we like to be able to do that to honour her.”

The Mackays have welcomed two healthy boys to the family since Taylin’s death and have celebrated her memory in a number of ways this year.

Ms Mackay brought the Million Steps run to Traralgon last year as part of her ongoing commitment to SMA fundraising.

“We thought it would be such a great event to bring to Traralgon and we knew that the community support would be good and everyone would enjoy the day,” she said.

“I’ve got three young kids and I see fundraising for SMA as my other job.

“I absolutely love it and I’ve never got so much reward or satisfaction out of a job in my life.”

Meanwhile, Ms Cini said the commitment and support from initiatives such as the Million Steps was invaluable for the progress of SMA in Australia.

“It’s really important because without them we wouldn’t be able to send money over to WA because we’re not government-funded,” she said.

“It basically means that the average person gets to say they helped contribute to a treatment for SMA, (the money) wasn’t given by the government, it was given by everyday Australians to help cure the disease.

“I think that’s the most exciting thing that everyone gets to play a part in it.”

The runs starts at 9.30am on Sunday, 28 October from the Traralgon tennis courts car park.

The event costs $20 to register and children are free.