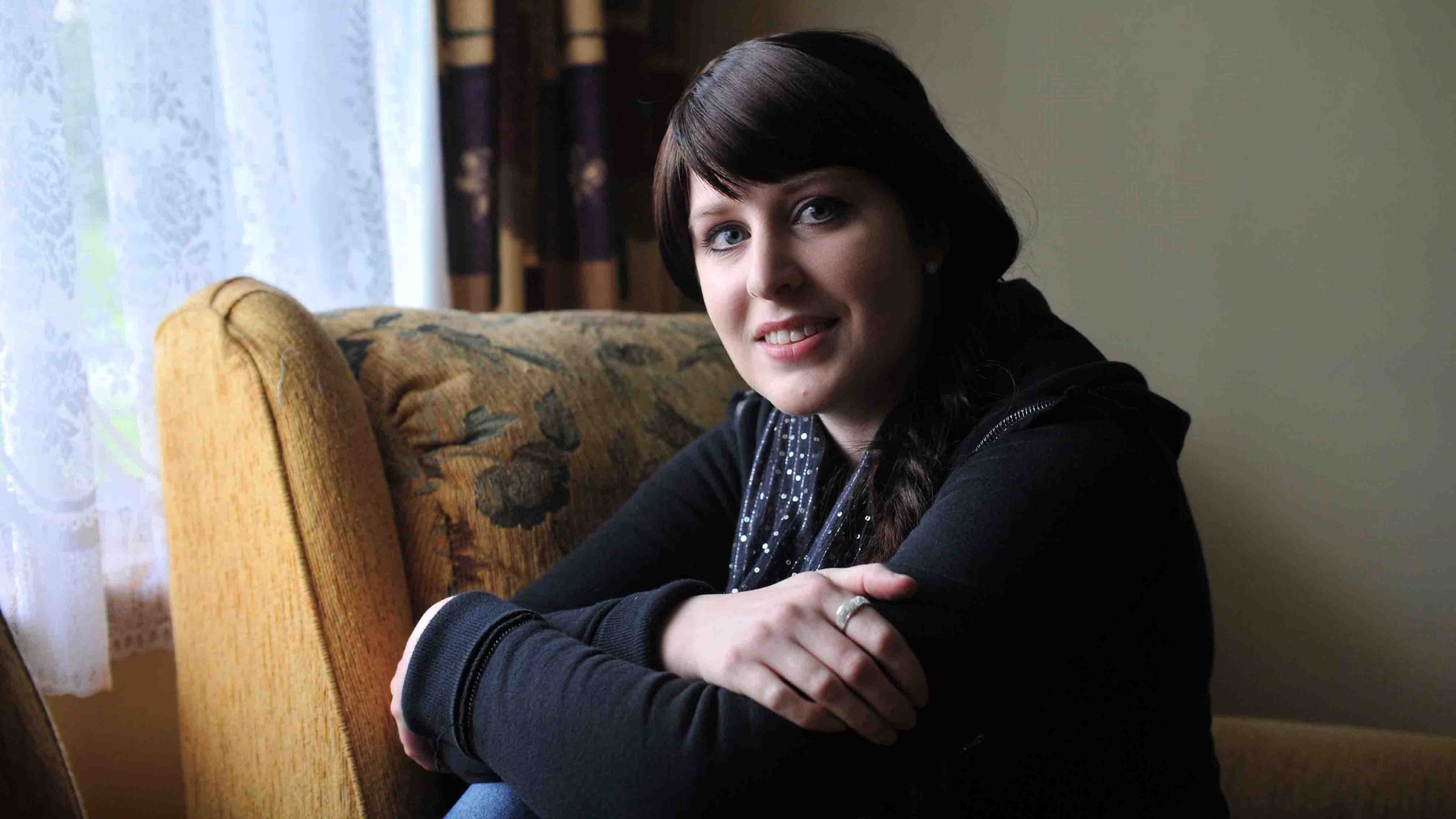 WEARING a wig is not a fashion statement but an attempt by 25 year-old Hannah O’Loughlin to maintain her femininity while battling cancer.

When the beautician discovered a small lump on her neck late last year, she did not believe it would mark the beginning of the hardest fight

A two-week bout of antibiotics for suspected tonsillitis, followed by an ultrasound then biopsy, led to the final diagnosis of stage-two non-Hodgkin lymphoma in January.

“The three-week wait for results was scary because everyone kept saying, ‘no news is good news’,” Hannah said.

“When I got a call from the doctor asking me to come in,

I knew something was wrong.

“(Being diagnosed) was a shock, I was perfectly healthy and the symptoms I did have, you wouldn’t put them down to cancer.”

“At first when I had to go down and have all these tests done, I didn’t know what it was going to be like, or feel like and I was scared of the pain,” she said.

“The chemotherapy knocks you around and because

I was so healthy and it all happened so quickly, it was all very surreal.”

Hannah said the hardest challenge at the beginning of her recovery was coming to terms with being a young woman with cancer.

“The hair loss made it so real and reality really sunk in,” she said.

“It felt like you lost your identity and suddenly forgot who you were.”

Two weeks after the first round of chemotherapy, when Hannah’s hair began falling out, she purchased a wig, which she said was an attempt at maintaining her previous self.

“My first wig that I bought I didn’t even like, it just wasn’t me,” she said.

“I made my friend try it on because my hair was falling out and I didn’t want it to fall out any more.

“The other wigs I bought were more tamed, but then

I thought I may as well have fun while I can.”

Hannah began working at Priceline Pharmacy, Traralgon, in a bid to get on with life while being surrounded by supportive colleagues.

However, snide remarks from customers about wearing a wig made Hannah’s battle to remain confident more difficult.

“I had a lady come up to me out of the blue, she was about the same age and said ‘your hair is not real’, it was just so rude,” she said.

“Because I am so young and don’t look sick, people didn’t believe I had cancer.”

Through her treatment she tried to remain positive, attempting to avoid “moping around feeling sorry for myself”.

“Although it wasn’t easy and of course by this shocking news I was very upset, I made sure on the days I was feeling good that I was out and about doing normal everyday things,” Hannah said.

After more than three months of chemotherapy treatments, Hannah began five weeks of radiotherapy which was completed in June.

Now in remission, Hannah said the entire experience encouraged her to embrace life and live to the fullest.

“It does give you a more positive outlook on life and makes you more grateful for what you do have because there are a lot more people that have it worse off,” she said.

“Having this experience has given me a more positive outlook on life, and really made me realise just how lucky I am.”