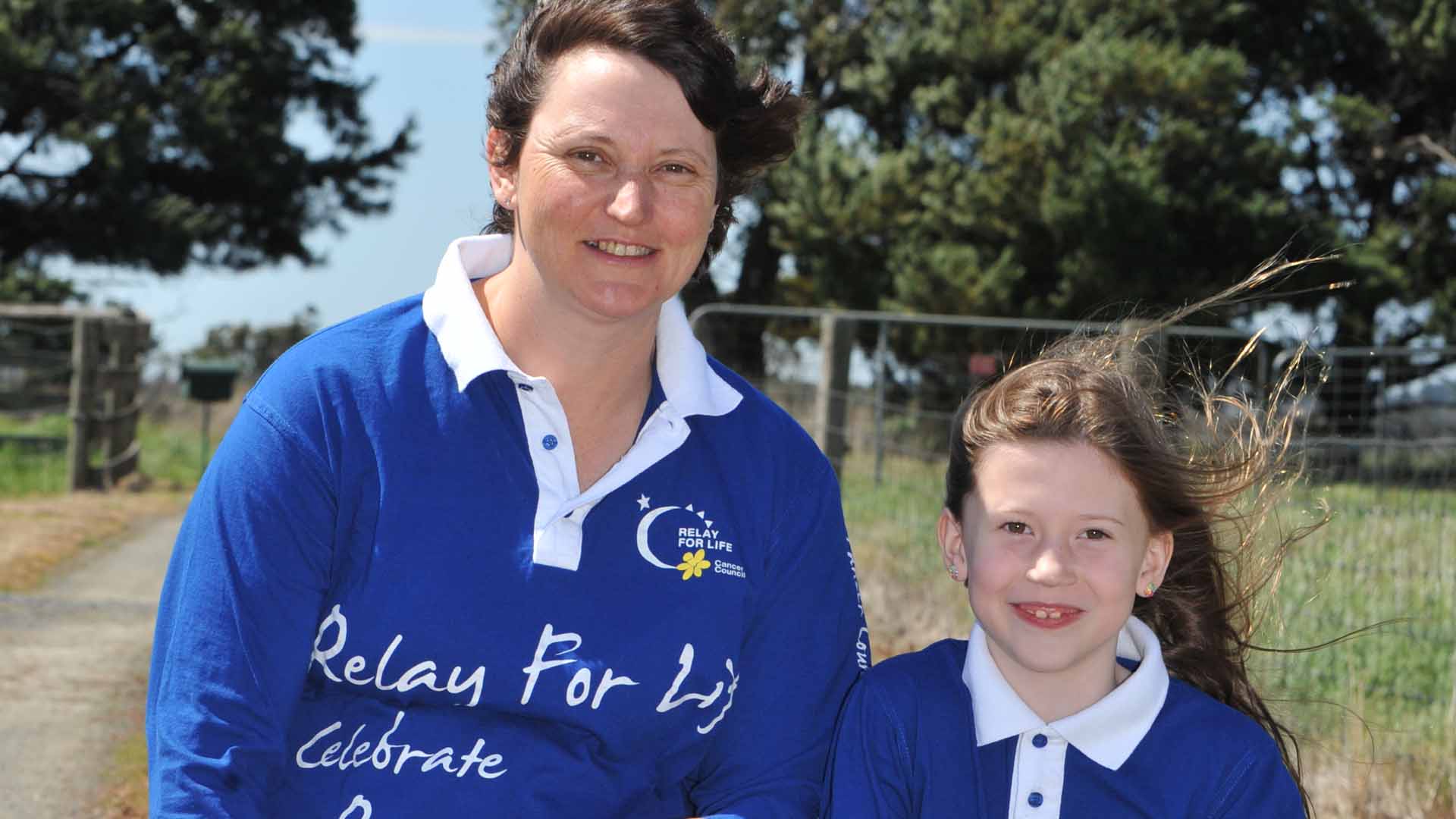 THE last 18 months have been challenging for Hazelwood North resident Monica Chisholm and her eight-year old daughter Kate, following the sudden death of husband and father Peter, to skin cancer.

Despite struggling with the whirlwind speed with which events unfolded – 40 year-old Peter passing away three weeks after his diagnosis – Monica was determined to preserve his memory and live life to the fullest.

This year will be the second year she and Kate will participate in the annual Cancer Council’s Latrobe Valley Relay For Life, to be held on Saturday and Sunday at Churchill, under the team banner “Flannelette Roses”.

“Pete loved flannel shirts and roses, and his favourite colour was red; we will be walking in blue and black flannies and be carrying roses,” Monica said.

Part of the team name was suggested by Kate, who recalled some of her favourite memories of her dad, which included snuggling in his lap after he came home from work.

For Peter, a longtime employee at Hazelwood Power Station, his most recent brush with melanoma was his second, having had one removed about 10 years earlier.

Since then, Monica said he had been diligent about applying sunscreen and had been careful about sun exposure.

“They say most of the damage is done when you’re a child,” she said.

“They thought they got it all (when they removed the tumour) but it sounds like there was still a little bit left; the second time around, it attacked his back and organs including his lungs and pancreas.

“It was so quick; before the diagnosis he was healthy aside from a sore back, and that’s not what you generally associate with cancer.”

Peter passed away on 5 January 2011, after he caught pneumonia.

Since then, “everything changed” for Monica and Kate, who together work their 20 hectares of farmland.

“It’s changed my perspective on life; the little things don’t matter so much anymore,” Monica said.

“I do things now rather than put them off, like go on holiday; you often say ‘I’ll do that one day’ but that one day may not come.”

This year, the Flannelette Roses may see a smaller team walking in the relay, compared to more than 20 adults and several children last year.

“We have a $5000 goal on our website; I want to do something to keep his memory alive and hopefully stop another family from going through the same thing we did,” Monica said.

“She’s making a memory book of pictures now to remember; she’s starting to forget some things,” she said.

Monica’s message to others with family members or friends with cancer was one of taking things as they come.

“The world keeps going, and all the what-ifs in the world will not change what is; be strong, take care of yourself, and take time for things that make you feel good,” Monica said. She reminded people to get their skin checked regularly and to check out unusual moles and spots.

“While people do die from melanoma, it’s not as high profile as some of the other cancers,” Monica said.

She also hoped to find a social support group for Kate and other children who had lost a parent.

To support the Flannelette Roses and other local Relay for Life teams, visit www.relayforlife.org.au/GetInvolved/SponsorATeamOrIndividual.aspx and search for Latrobe Valley, or visit their Facebook page at www.facebook.com/FlanneletteRoses