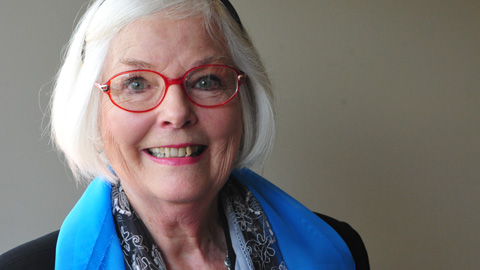 IN recognising the challenges faced by families who have children with autism, a Latrobe Valley group has published a book of personal accounts from parents to strong community support.

Last week, about 80 people attended the launch of the book published by Women in Community, Achieving with Autism, at Latrobe Community Health Service in Morwell.

“People have put their hearts on paper (with these stories),” Women in Community member Tricia Dennis said.

“The main purpose of the book was to bring autism to the public’s attention because (autism) is being accepted more, and you hear about it a lot more.”

Mrs Dennis said the book contained 24 stories, many from Latrobe Valley residents who have children with autism.

She said the book was a way of helping families reduce the feeling of loneliness within the community.

The idea for the book was mooted in 2007 by Women in Community project manager Mary Randall, who has a son with autism, and who was previously a coordinator of Gippsland Autism Support Group.

Ms Randall realised the importance of interacting with other families, sharing stories and learning new coping skills from each other.

“Often, the child is reared by one parent, usually the mother; it is such an emotional ordeal for the husband,” Mrs Dennis said.

Mrs Dennis, a Yinnar South resident, also contributed one story to the book, from her perspective as a grandmother of a child with autism.

Achieving with Autism has already been well-received, with 200 copies sold.

It is Women in Community’s third publication, following Tucker and Tales featuring a collection of short stories and recipes, and 69 Days of Fire following the 2009 bushfires.

Mrs Dennis said the group was already planning for another book, most likely a compilation of indigenous stories.

“I’ve had a piece in each of the books, and I love it; I love working with the group,” she said.

“Once we recoup the costs of producing this book, all the profits will go to Autism Australia (Amaze).”

Those interested in obtaining a copy of Achieving with Autism can send a cheque for $20 made out to Women Who Mean Business to PO Box 305, Morwell, Victoria 3840; include your return address so a book can be mailed out to you.

Alternatively, the books can be purchased in Morwell from Soularity in Commercial Road, Noah’s Ark in Chestnut Avenue, State Wide Autistic Services in Hazelwood Drive or Baringa Special School in Moe.