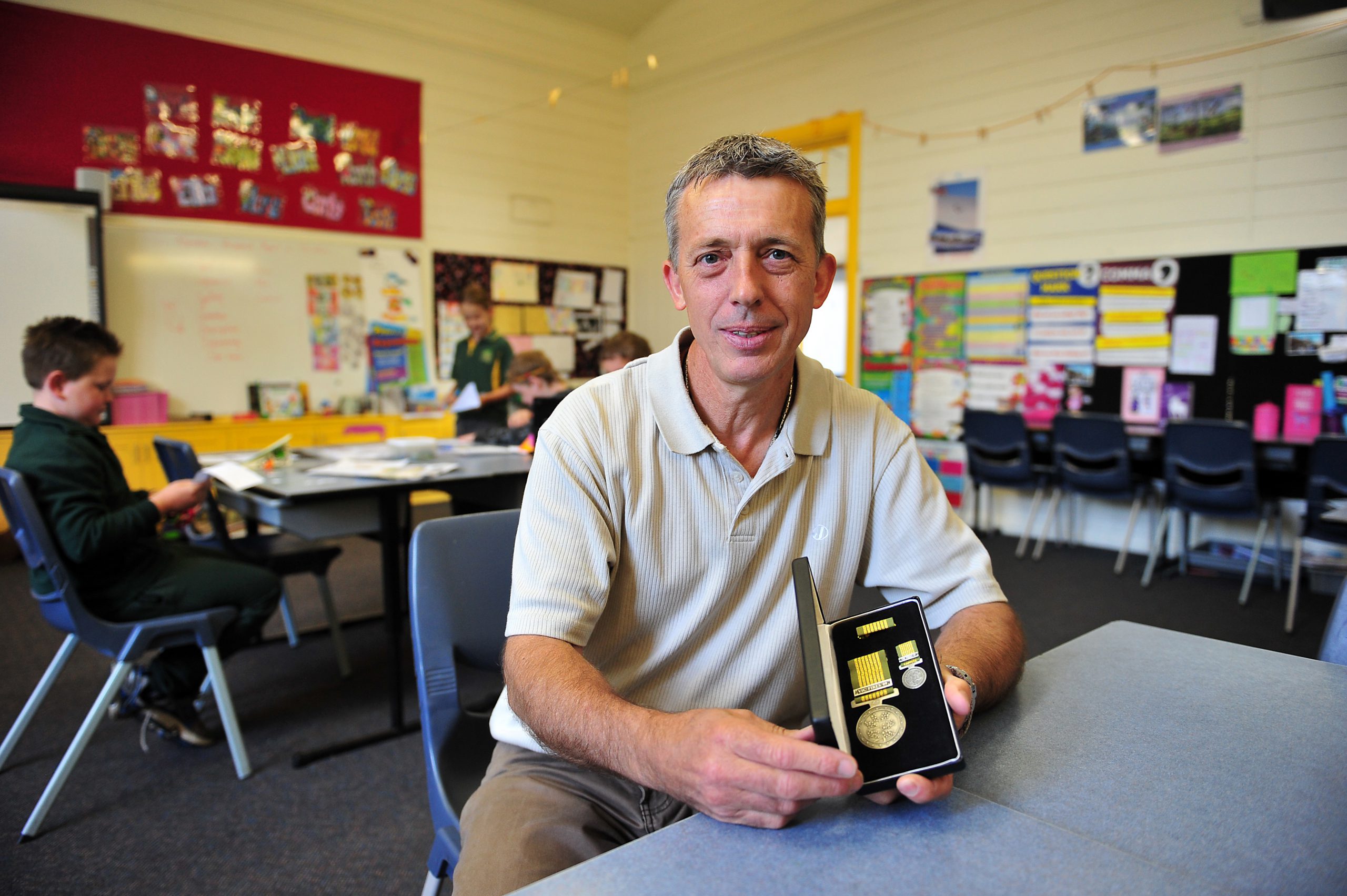 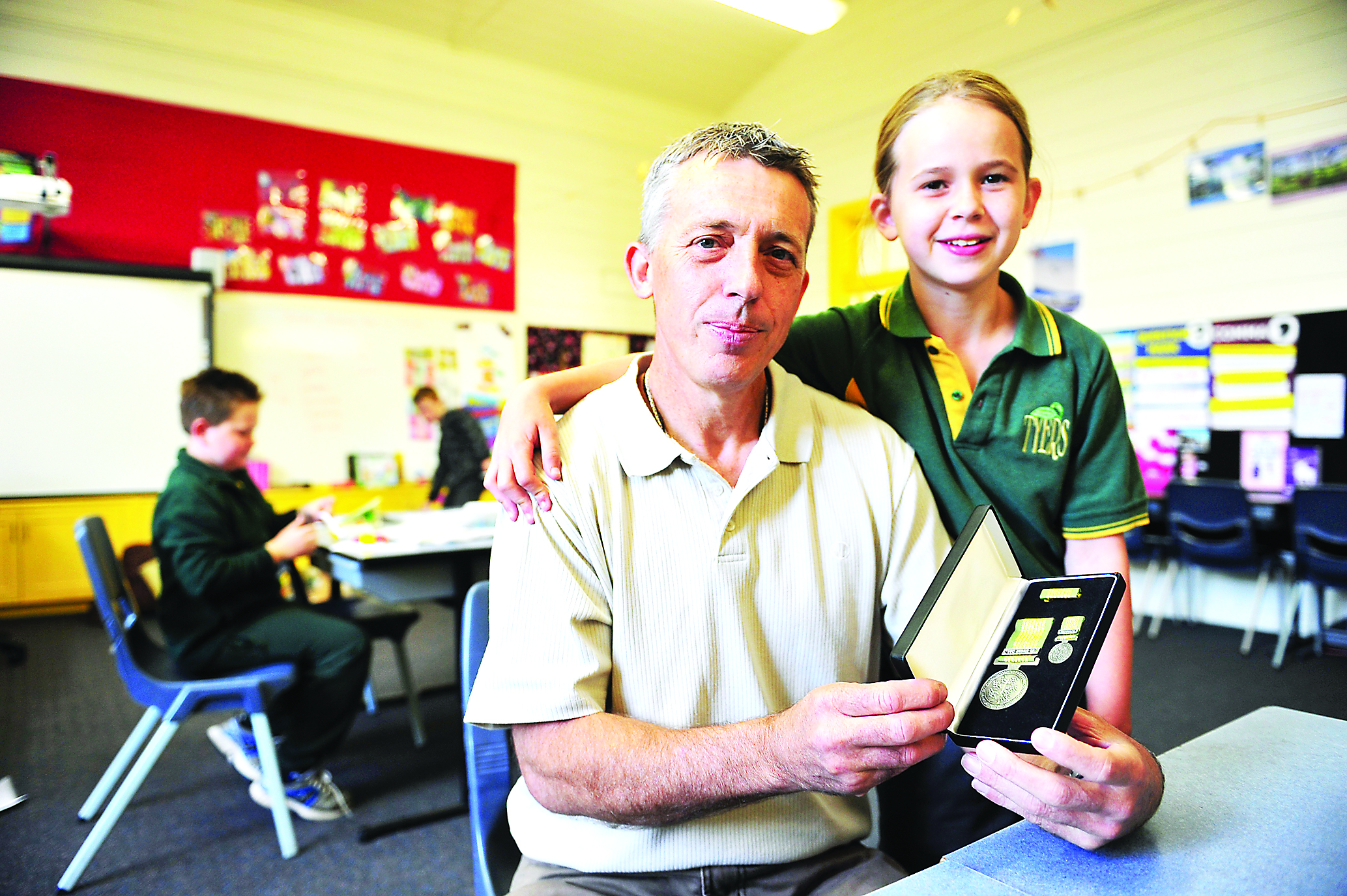 TRARALGON resident Peter Harrison’s sentiment on the gold medal, which lies glinting in its black leather casing, was clear: it is a symbol of community, strengthened and forged in the embers of the Black Saturday bushfires.

The Tyers Primary School principal recently received the National Emergency Medal in the mail and said while it was a “lovely, unexpected surprise”, he was not alone in assisting the community after the 2009 bushfires, which razed homes and changed lives forever.

“This is a lovely award, and I am humbled and proud, but so many people did so much, and what I did would not have happened without their support,” Mr Harrison said.

“Everyone involved should be recognised.”

A co-chair of the Traralgon South Community Recovery Committee, Mr Harrison said he began helping out “by default”, doing a bit of everything in assisting the community in the months after the fires.

“I was helping out with the Country Fire Authority (one day), and supplies kept coming in, so I offered to help organise things; I was shelving and packing and making sure everyone who came through the recovery centre had something to eat and drink,” he said. Mr Harrison’s scope of assistance snowballed from there, and he began helping out by ensuring school children had uniforms, and making regular trips to Melbourne to bring back supplies.

“At one point, I had four phones on me… it was taxing, but incredibly rewarding,” he said.

“Some days, what people wanted was just someone else to tell their story to.”

The former Traralgon South resident said he was moved by the glowing letters of endorsement, submitted by friends and family members, nominating him as a National Emergency Medal recipient.

“It is nice to think people acknowledge the work that was done,” he said.

Mr Harrison, who at the time lived close to the recovery centre, said his family, including his three children, “practically lived” there.

“It was open from 8am to 10pm, seven days a week; the only recovery centre run completely by volunteers and the community,” he said.

Recounting stories of adversity and challenges, including an instance where tools were stolen, Mr Harrison recalled light-hearted moments, too.

“There was one day where two young girls who had lost their house, were going out that night… they kept on trying on clothes and asking what we thought; I had no clue,” he said with a laugh. With his trademark down-to-earth attitude, Mr Harrison intended to wear his newly-received medal on Remembrance Day, but forgot about it in the lead-up to the popular Tyers Art Festival.

For now, the full-sized insignia of the medal, a miniature of it and ribbon bar remain untouched in its box as Mr Harrison goes about his daily affairs.

As far as he knows, he is the only recipient of the medal locally.

“Hopefully, more people are recognised for the work they did,” he said.