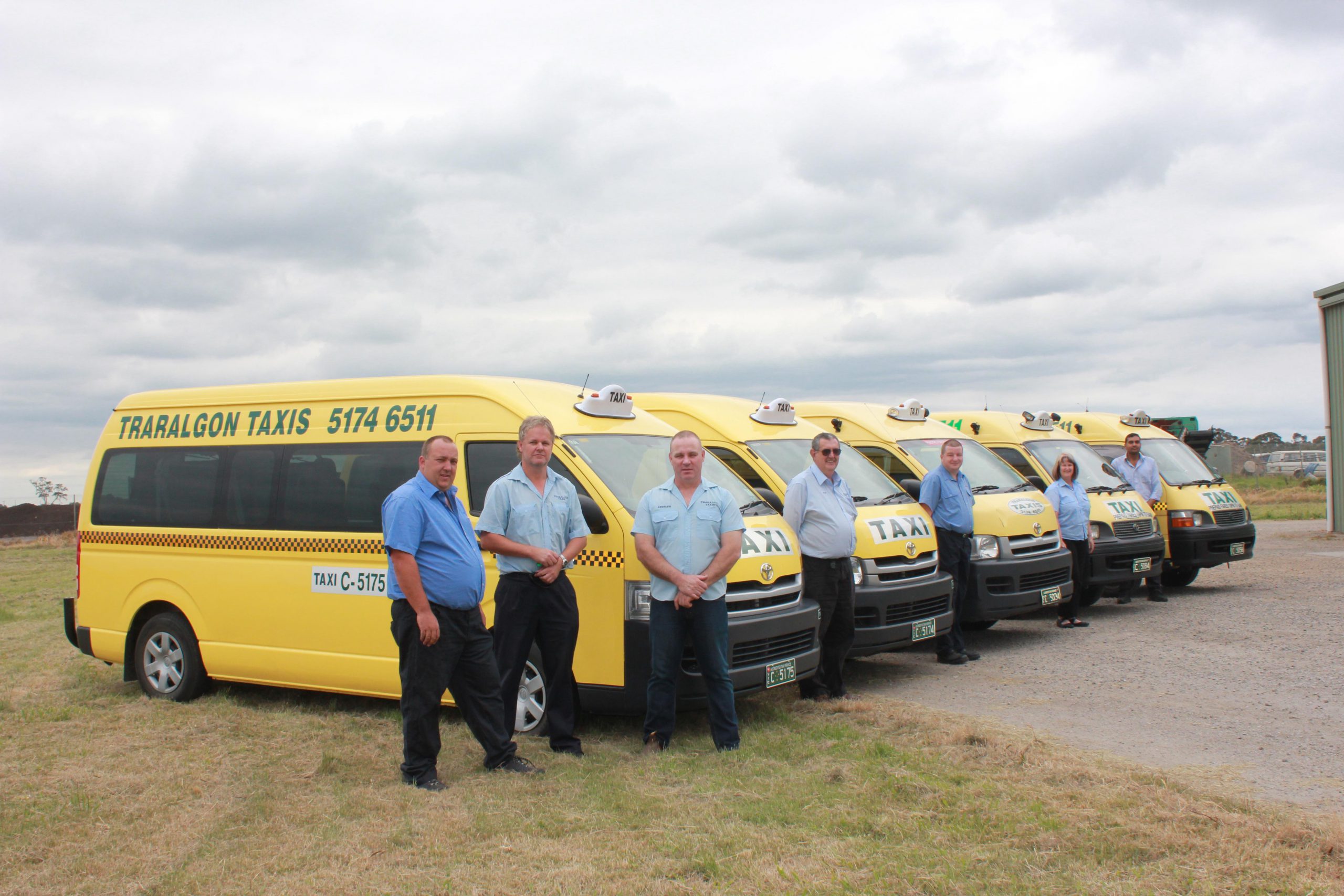 A LOCAL disability support service provider has welcomed the addition of two new wheelchair taxis to the Traralgon Taxis fleet in the last month.

Cooinda Hill acting manager Rebecca Massaro said the group relied heavily on the taxi service to transport its members to its four campuses in Traralgon throughout the week.

“We only have one wheelchair bus, so we rely massively on the taxi service to get our guys out more in the community,” Ms Massaro said.

“These two new taxis are meeting our needs now, and gives us more flexibility so people aren’t kept waiting.

“At this stage, our needs are sufficiently met, but if there could be more (wheelchair taxis) around anytime, that would be brilliant.”

Traralgon Taxis manager Andrew Lane said the cooperative of 10 had been lobbying hard to get the two taxis “off their own back” from the regulator, Victorian Taxi Directorate, for about 18 months.

“We have to think about providing the best service to the public; we prioritise service over profits in keeping up with a growing and ageing population,” Mr Lane said.

“Our next goal would be to phase out two of our older vehicles and get two more in.”

The new taxis, which cost the group $150,000 to refurbish, now mean the group has five disability vehicles in its total fleet of 15 taxis.

“The disability taxis also double up as a maxi taxi on Saturday nights where we can transport up to 10 partygoers home,” he said.

Professor Fels led a 15-month Victorian Taxi Inquiry, which proposed 145 reforms and recommendations to the industry.

Mr Lane said the taxi industry needed to move in sync with other public transport infrastructure.

“We haven’t had a worthwhile fare rise in the last nine years,” he said.

Last week, a convoy of up to 200 taxis converged at Parliament House in protest against the proposed industry reforms.

Morwell taxis manager and Victorian Taxi Association councillor for Gippsland region Carmen Giddens, who attended the protest, said the implementation of the recommendations would mean the end of the industry.

“Oversupply ruins any industry; we can’t rest, because this is our livelihood,” Ms Giddens said, adding taxi operations in Foster and Welshpool had already been shut down.

Meanwhile, Victorian Taxi Inquiry vice-chair Dr David Cousins said the final report, submitted to the State Government, which has until 12 December to respond, recognised the differences between regional and metropolitan operators.

“We have made a large number of recommendations, and industry people like the bulk of it, but there are a few points they are focused on… they’re missing the big picture, because it will be greatly beneficial to the industry,” Dr Cousins said.

“Existing operators don’t like the thought of competition; resistance to recommendations enhancing competition are everywhere, but reasonably strong in Gippsland because of the network.”