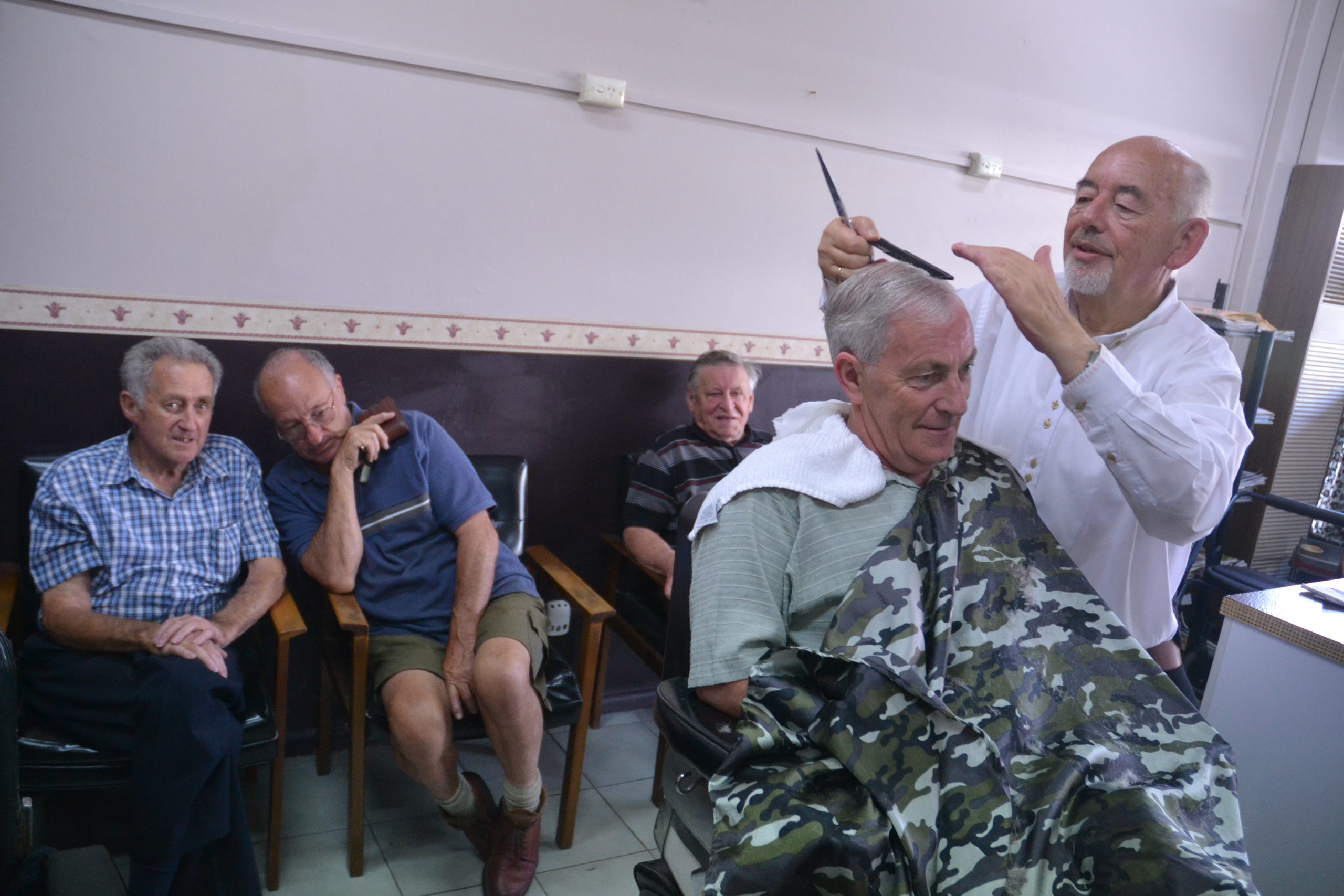 Morwell’s John Ellingham has never needed to read The Express.

As a 20-year customer of Morwell barber Gordon Pigott, who is known to work the Valley gossip grapevine as fast as he works his scissors, Mr Ellingham always “knows what’s about to happen”.

“Gordon’s well known by everybody, and he knows everyone, so there’s not much he doesn’t know,” Mr Ellingham said.

After 53 years as a Valley barber, Mr Pigott, 68, said the combination of age and health had finally got the better of him, forcing him into retirement despite a loyal and healthy customer base. Thirty minutes before Gordon’s Gents Hairdressing closed its doors to Church Street for the final time last Thursday, five customers sat waiting for their final trim.

“He’s got a joke book 125 pages long,” one customer said, as Mr Pigott served one-liners to the packed waiting area without a moment’s hesitation.

While his finger joints were still nimble and fit, Mr Pigott said “standing on concrete floors your whole life doesn’t make your feet any softer”.

From the age of eight, Mr Pigott said his lifelong career as a barber was set. Leaving school at the age of 14, he would cut hair for his father’s work mates, before opening his first shop at the age of 20, when the price for a trim cost three shillings and sixpence.

“After all these years, he still doesn’t have an eftpos machine,” Mr Ellingham said.

However fish, raspberries and strawberries have been known to pass for currency at Gordon’s Gents Hairdressing.

With his “home” in Lakes Entrance, and a “holiday house” in Churchill, Mr Pigott is looking forward to spending a little bit more time at “home”.

However a few upcoming house-visits to his former Valley customers could see his scissor bag in tow.