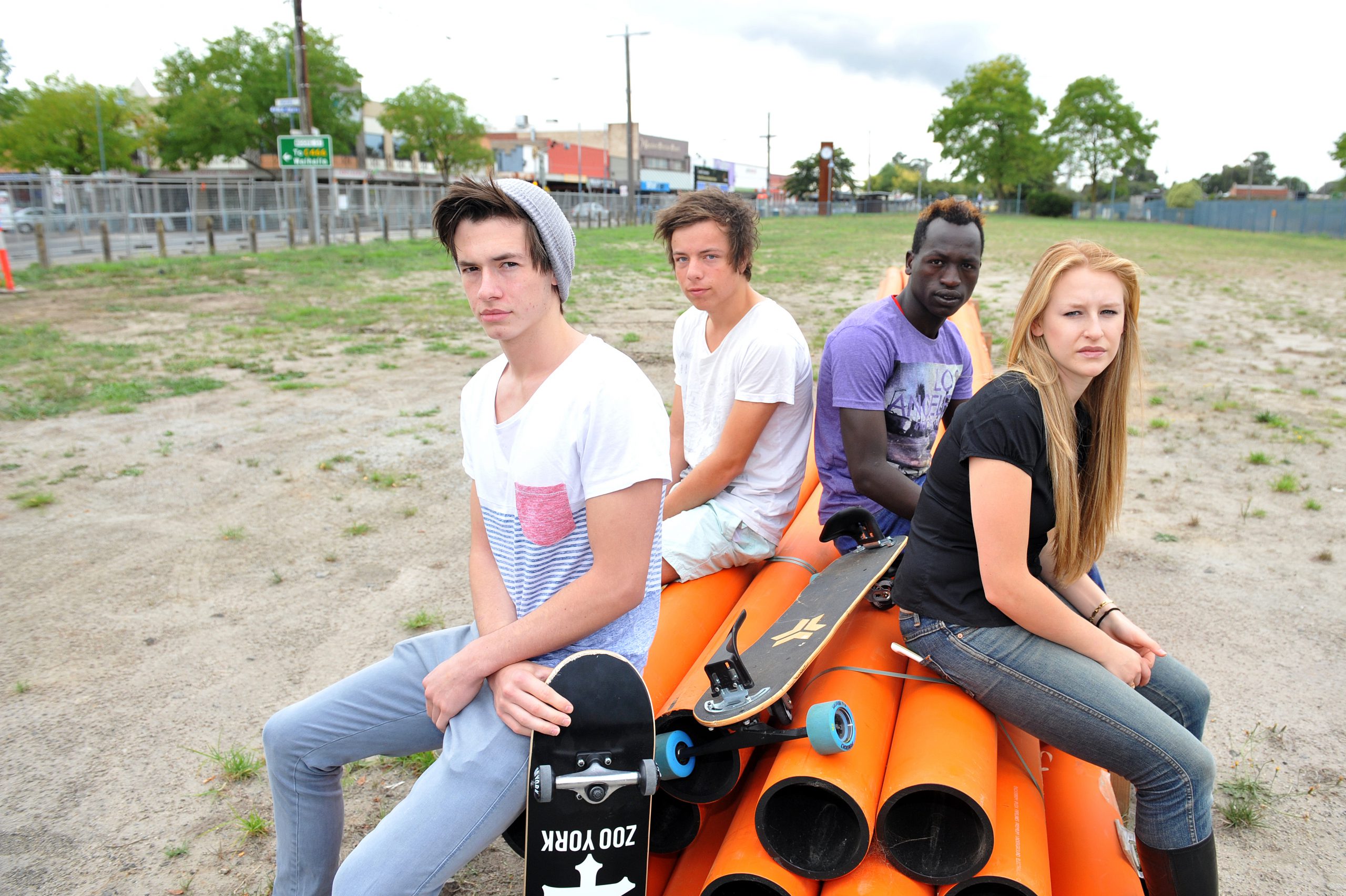 MOE youth have taken a stand against a Latrobe City Council move to shelve a multi-million dollar town revitalisation plan, hailing the project as a much-needed boost to their spirits.

They have lodged a petition with council calling for the project to move forward immediately.

Circulated by 21 year-old university student Virginia Gratton, the petition was signed by 180 people between the age of 12 and 30 years demanding the railway precinct plan be implemented immediately.

The plan includes a two-storey civic building and library, along with a youth precinct and skate park, but has stalled for three months while the council undertakes a review.

Ms Gratton said most young people she approached in the streets of Moe over two weeks “didn’t have a clue what the project was about”.

“I showed them the plans and they just got so excited, they thought it was unreal,” she said.

“Then I said the council was going through a review process and it really trod on their hopes.”

Ms Gratton said most young people she spoke to felt they were left to “wander the streets with nowhere to go”.

“We’ve got a generation that’s sort of lost and their spirits need lifting,” she said.

“Depression is very high and there’s not very many resources; I think sometimes they feel people don’t value them and what they say.

“Basic things like this project brings up their worth so they feel the public, the community, the government is interested in them.”

Ms Gratton said it was not just the youth precinct young people wanted to see progress.

“Even the library, most of the young people I spoke to don’t really like the library we have at the moment. You can’t fit that many people in, it’s sort of behind the times,” she said.

“The older generation think we don’t like libraries and don’t use them… but that’s not true, we would like to use it.”

The petition will be presented to council at tonight’s meeting.

A council officer’s report recommends it not be considered until 25 March at a special meeting which will also look at the results of the review and a separate petition with more than 6000 signatures also calling for the project to move forward as is.