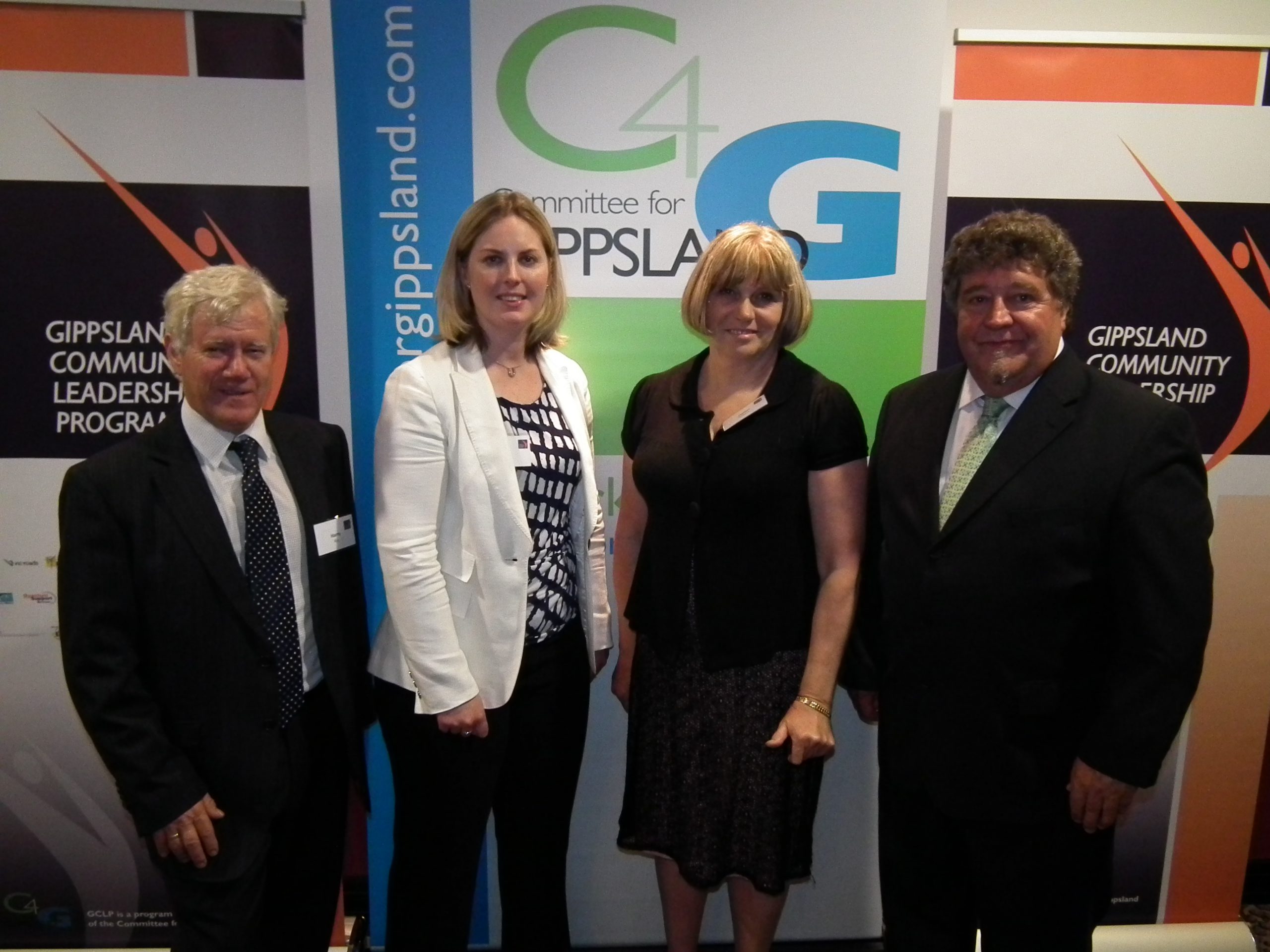 ANOTHER experienced crop of Latrobe Valley community and business leaders are “off and running” after the recent launch of the 2013 Gippsland Community Leadership Program in Wonthaggi.

In addition, Lifeline Gippsland’s Dawn Gilbert, based in Morwell, was announced as 2013 recipient of the Barry Rogers Bursary.

Committee for Gippsland executive director Mary Aldred said the bursary was sponsored by the C4G “in honour of the lifelong commitment Barry Rogers has contributed to GCLP”.

She said from 2012 the award had gone to a GCLP participant who had “demonstrated an outstanding service to Gippsland’s education or community sectors”.

CFA participant Mr Riley said the “genuine positivity of attendees at the launch” had “really impressed” him.

He said recurrent themes of community, working together and support reflected his own “experiences of living in the Gippsland region, so far, and only goes to fuel my enthusiasm for this year’s program”.

LCHS participant Brooke Randall said the launch offered “a great opportunity” to get to know other participants and facilitators.

Guest speaker at the launch was bankmecu managing director Damien Walsh, whose presentation focussed on “the advantages of large businesses basing their operations in regional areas like Gippsland”.

Ms Aldred said the “depth of community engagement and diversity of backgrounds” was a key feature of this year’s leadership group.