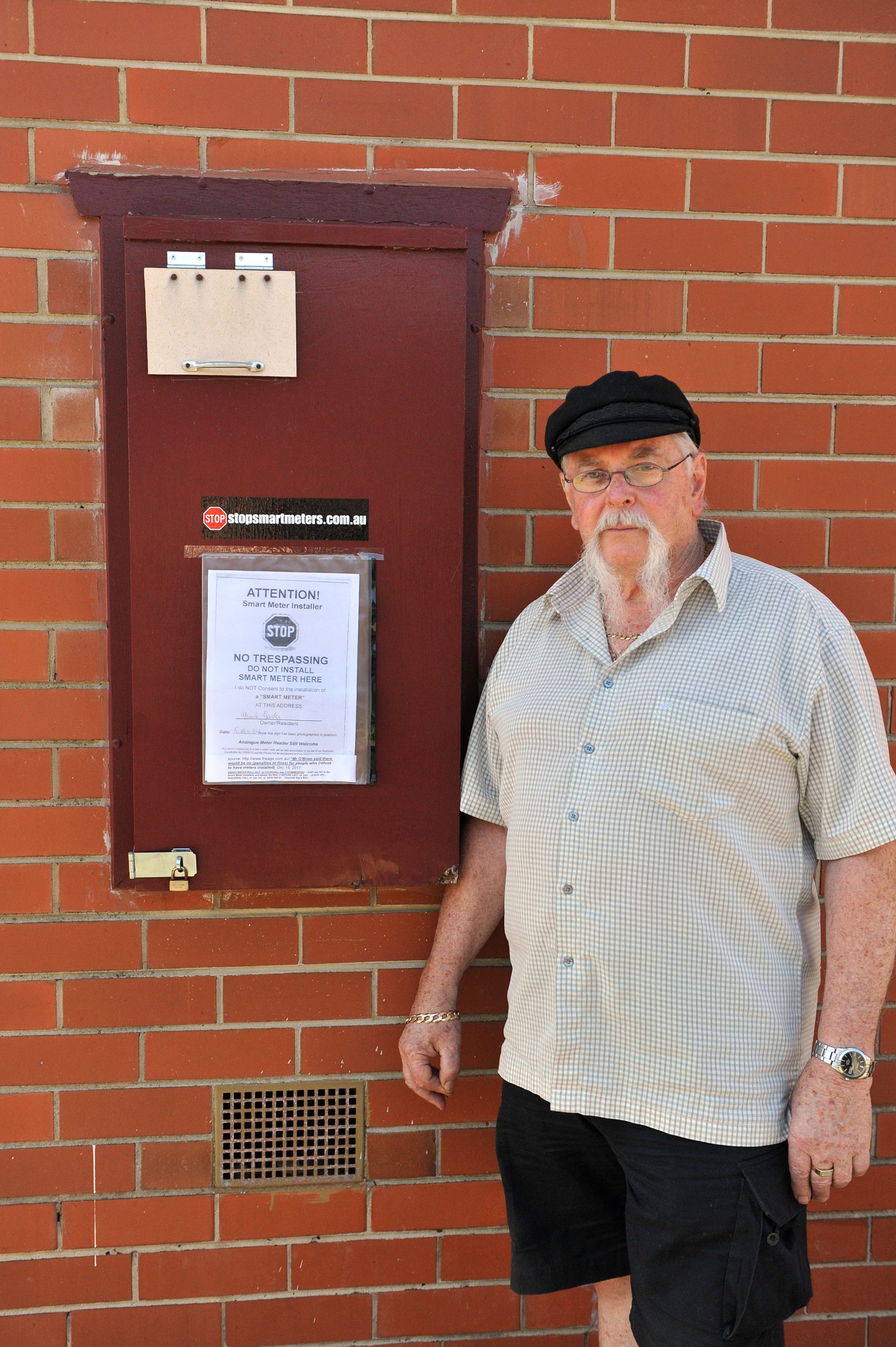 LOCALS opposed to the widespread installation of smart metres across the Latrobe Valley have stepped up their campaign against SP Ausnet.

Despite SP Ausnet’s assurances smart metres complied with all “relevant international and Australian standards” and were safely installed, numerous householders have vowed to fight what they feared was risky technology with potentially harmful levels of radiation.

Central to more recent debate between householders and SP Ausnet were claims by some residents SP Ausnet had threatened to cut off their power supply if they did not allow access to their meter box for the installation of smart meters.

Churchill resident Ian Hamden is one resident accusing the energy company of making those threats.

He said when SP Ausnet first visited his Cedar Court property he advised them “when I pay for the house, this is my meter and I have it locked and I do not want a smart meter”.

“He (the SP Ausent employee) said I would have to have it whether I liked it or not and if I didn’t give him access he would disconnect the power,” Mr Hamden said.

“He had upset me enough so I told him if he did that then I would see him in court as the power supplier has a contract to supply me with power and I have a contract to pay said bill.”

Experts disagree on whether the provision of access is legally binding.

Legal advice sought by the Broadmeadows Progress Association, and provided to The Express by local anti-smart meter campaigners, said the Electricity Distribution Code did not contain “express terms to the effect that consumers are obliged to allow persons on to their property to install smart meters”.

Solicitor Eugene White also advised it was “misleading simply to advise customers that if they refuse to accept the installation of an AMI (advanced metering infrastructure), their power will be cut off”.

SP Ausnet, however, argued under the EDC a customer not complying with the code “may be disconnected” but said the company would “only ever consider this as a last resort” and proactively worked with customers to “understand their questions and concerns with the rollout”.

The spokesperson told The Express “we will never threaten or harass customers, but inform them of their rights and responsibilities…”

Mr Hamden disputes this, claiming the SP Ausent employee who visited him was “telling me lies… and I told him he would be out on the street with his arrogant attitude”.

He said when another employee visited his property weeks later “I told him my meter box was staying locked, he said okay… and left”.

Churchill Stop Smart Meter Action Group spokesperson Trevor Bridges, who helped organise last week’s forum, pointed to a recent decision by Greater Dandenong councillors to continue their fight against the meters, despite receiving legal advice they could not stop installation.

A Springvale Dandenong Leader report said that council would “look into the cost of hiring an independent contractor to measure electromagnetic waves and radiation”.

Concerns have long been raised by Mr Bridges who has warned three to four per cent of the population were sensitive to radio frequencies, which meant in Churchill there could be 141 radio sensitive people and in Traralgon the number could be as high as 660.

“A smart meter on their properties could be a real health problem for them,” he added.

SP Ausnet said radio frequency levels from a smart meter were “lower than those produced by common household appliances including many mobile phones and baby monitors”.

A spokesperson said the State Government had commissioned independent testing to ensure smart meters did not “pose health risks to the community”.

He said customers were “not allowed to lock their meter box to prevent the installation of a smart meter.”