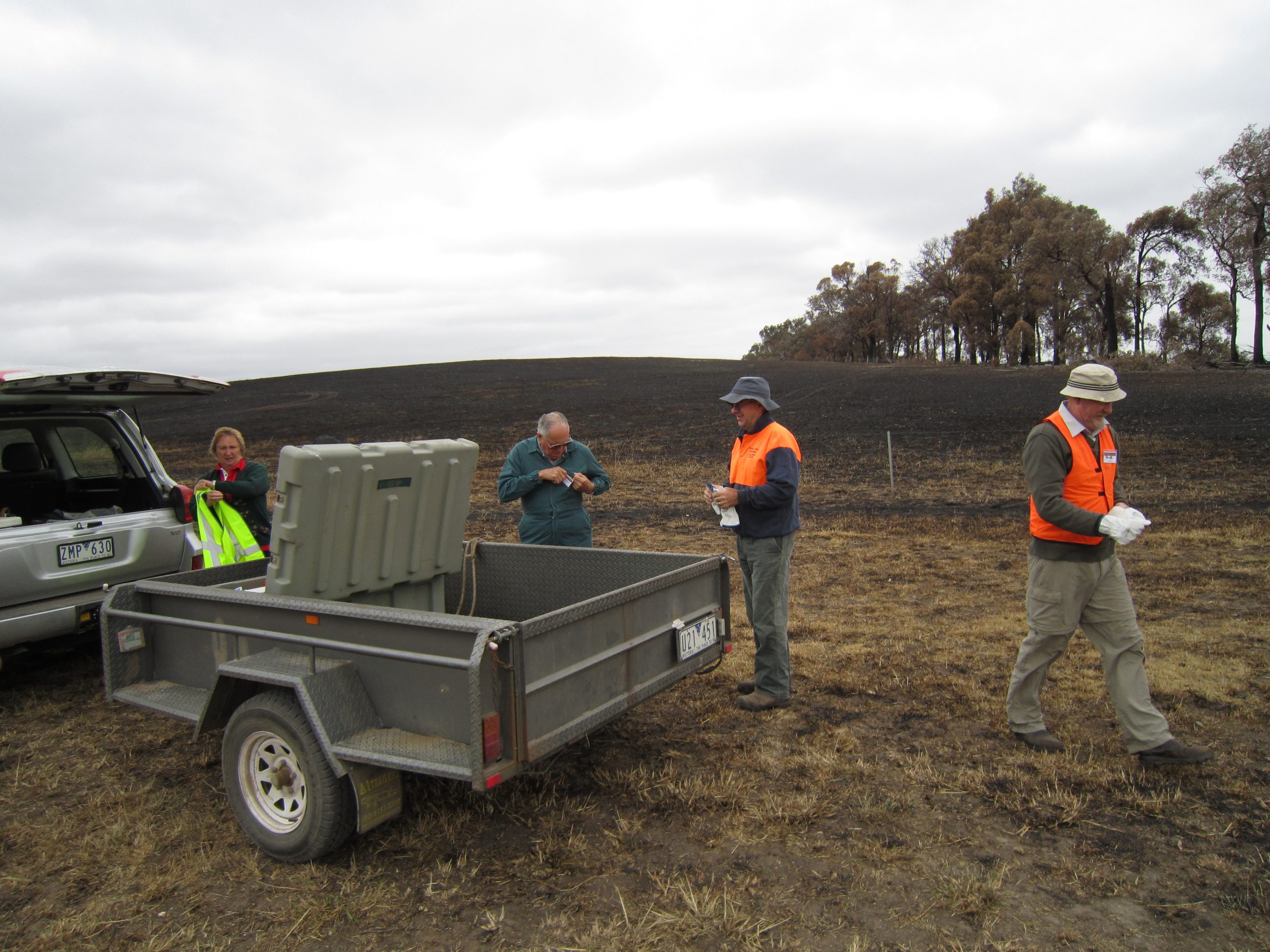 THE combined efforts of multiple Gippsland service clubs in the aftermath of the recent Aberfeldy fires showcased the best of Australians’ willingness to “rise to the challenge in a crisis”.

Traralgon Rotary Club president Janne Speirs, also a member of the Emergency Management Committee for Rotary District 9820 which covers most of Gippsland, said the “small army of volunteers” working to get affected Gippsland towns back on their feet had “needed to be looked after” and the region’s service clubs banded together to provide them with nightly meals.

Since the Aberfeldy-Donnellys fire started in January, burning through more than 82,000 hectares over four weeks, Mrs Speirs said 476 Blaze Aid volunteers had “put in over 2636 days work” repairing and replacing boundary fences destroyed in the fires.

Mrs Speirs said 172 kilometres of destroyed fencing had been cleared and 119 kilometres re-established in that time.

As volunteers swung into action, dedicating hours of their own time to the recovery effort, Mrs Speirs said Rotary 9820, under the umbrella of its Emergency Management Committee, took up a co-ordinating role for Wellington Shire to provide evening meals to those volunteers.

“Since the beginning of February, seven local Rotary clubs – Sale, Sale Central, Maffra, Traralgon, Traralgon Central, Yarram and Hazelwood – have worked in partnership with local church groups in Maffra, the Maffra Lions, Lionesses and Red Cross, and the Sale Baptist Church to bring evening meals to up to 70 volunteers, six nights a week,” Mrs Speirs said.

The undertaking by local clubs showed “what a combination of volunteer organisations can achieve in working together, that would have been beyond the scope of any of them individually,” she said.

Mrs Speirs said she was keen to recognise the generous response from “all those who have been involved… in time, money and goods”, particularly Maffra Uniting Church Minister Sandra Houghton and the Maffra Rotary Club for its early co-ordination role.

She said it was an “incredible feeling” to be part of the service provision which had seen “people in the area bring in vegies from their own garden, or purchase supplies and drop them in…and make desserts and casseroles” to feed the masses.

Aside from the food delivered by locals personally, most food purchase costs were met by Wellington Shire Council, Mrs Speirs said.

She said meals have been provided for volunteers since late January and the service was expected to continue, under the supervision of groups in the Heyfield area, through to early May.