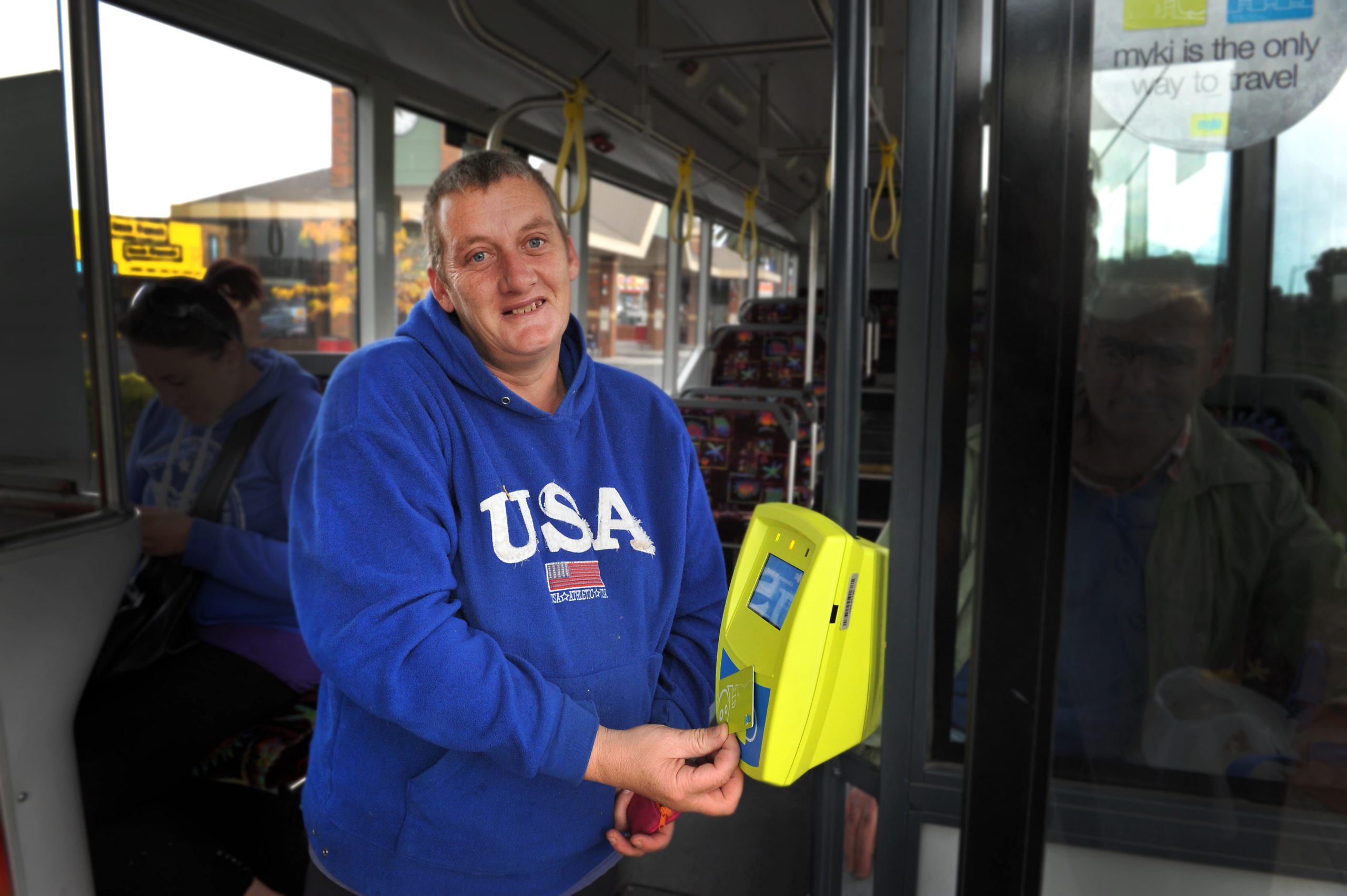 The blanket introduction of the controversial Myki ticketing system to Latrobe Valley bus services last week has been met with an initial backlash from commuters.

The transition comes four years after the electronic swipe-on system was introduced to Valley buses, as part of a move by Public Transport Victoria to make it the single form of travel ticketing on the state’s entire public transport network, bar taxis.

“Myki has a very good uptake in the Latrobe Valley so far, and we have had good feedback from customers who don’t have to be concerned about not carrying cash to purchase their tickets,” Ms Tyben said.

“If our drivers are out on a shift for up to 12 hours it is possible they will become sold out, but there are still all those alternative places you can buy the card from.”

Travellers can purchase Myki cards from V/Line train stations and central business district resellers, such as newsagents and other seven-day operations, and they can top up at purchase stations, over the phone or online.

A question put to bus commuters on The Express’s Facebook page regarding their experiences through the transition revealed overwhelming dissatisfaction with the new system, attracting responses from more than 20 readers.

“I personally left my Myki at home last week – if that had have happened this week, I wouldn’t have been able to travel without having to by another Myki card for $6 and that’s just lunatic.”

Mr Wescott said despite ongoing lobbying, there had been no indication from the State Government it was endeavouring to ensure provisions were made to continue the option for short term ticket purchases.

“There’s been discussions and arguments in bus ranks between drivers, who are happy they don’t have to carry around cash all the time, but this system is not designed to make the drivers happy, it should be designed to make customers happy,” he said.

A Public Transport Victoria spokesperson said it was planning to phase out regular ticketing on V/Line trains by mid-2013.

A call to Transport Minister Terry Mulder’s office was not returned.