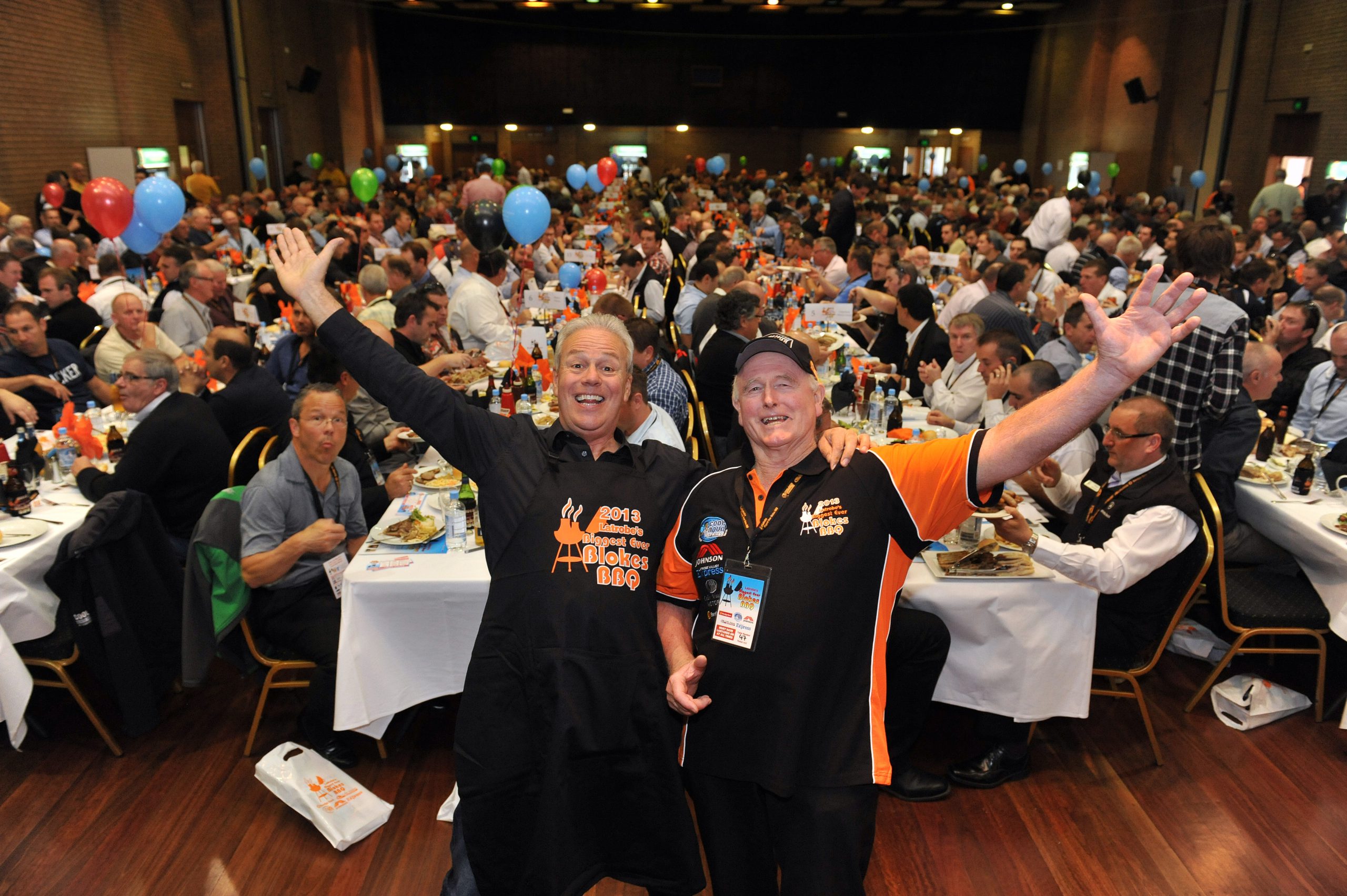 Blokey banter and camaraderie filled Morwell’s Kernot Hall from wall to wall on Friday, as more than 700 blokes united in support of raising prostate cancer awareness.

Shedding a spotlight on a condition which affects one in every nine Australian men, Latrobe’s first Biggest Ever Blokes BBQ lived up to its name, as the full house enjoyed a day of entertainment with the serious underlying message.

“These events are a very successful formula in tackling attitudes towards men’s health and prostate cancer, which is really underdone in every community- especially regional areas,” he said.

PCFA Victorian/Tasmania chapter council chairman Bill Richmond said of the 20,000 men diagnosed nationally every year, only about 1000 men actually went to support groups or talked about the condition with other men.

“Because it affects so many of us, it’s so important we are supported by each other, and share our personal experiences with each other – just like when you are going into the unknown on a camping trip,” Mr Richmond said, imploring affected men to join the awareness effort.

Sam Newman told The Express he had seen the prostate awareness movement progress significantly since he went public with his struggle against prostate cancer in 2008.

“This is extraordinary – I haven’t seen a tabled function like this since the Brownlow or the Logies – this movement is really getting out there,” Mr Newman said.

Garry Lyon urged Valley men “not to be slack” on their health, which he said could not be taken for granted.

“We need men today to come away from this and spread the word to blokes of my vintage, and those younger too, to think about the ramifications of hiding from (prostate cancer),” Mr Lyon said.

“That’s what we are trying to do here – prostate cancer is much more serious than pulling a hamstring.”

Statistics show men in regional have a 21 per cent higher mortality rate from the disease than their city counterparts, however the condition is preventable if monitored early through blood tests and digital examinations.

Biggest BBQ chair Ian Nethercote said more than $100,000 was raised from the “great turnout” and this would make a positive impact on improving prostate research initiatives for regional Victoria.