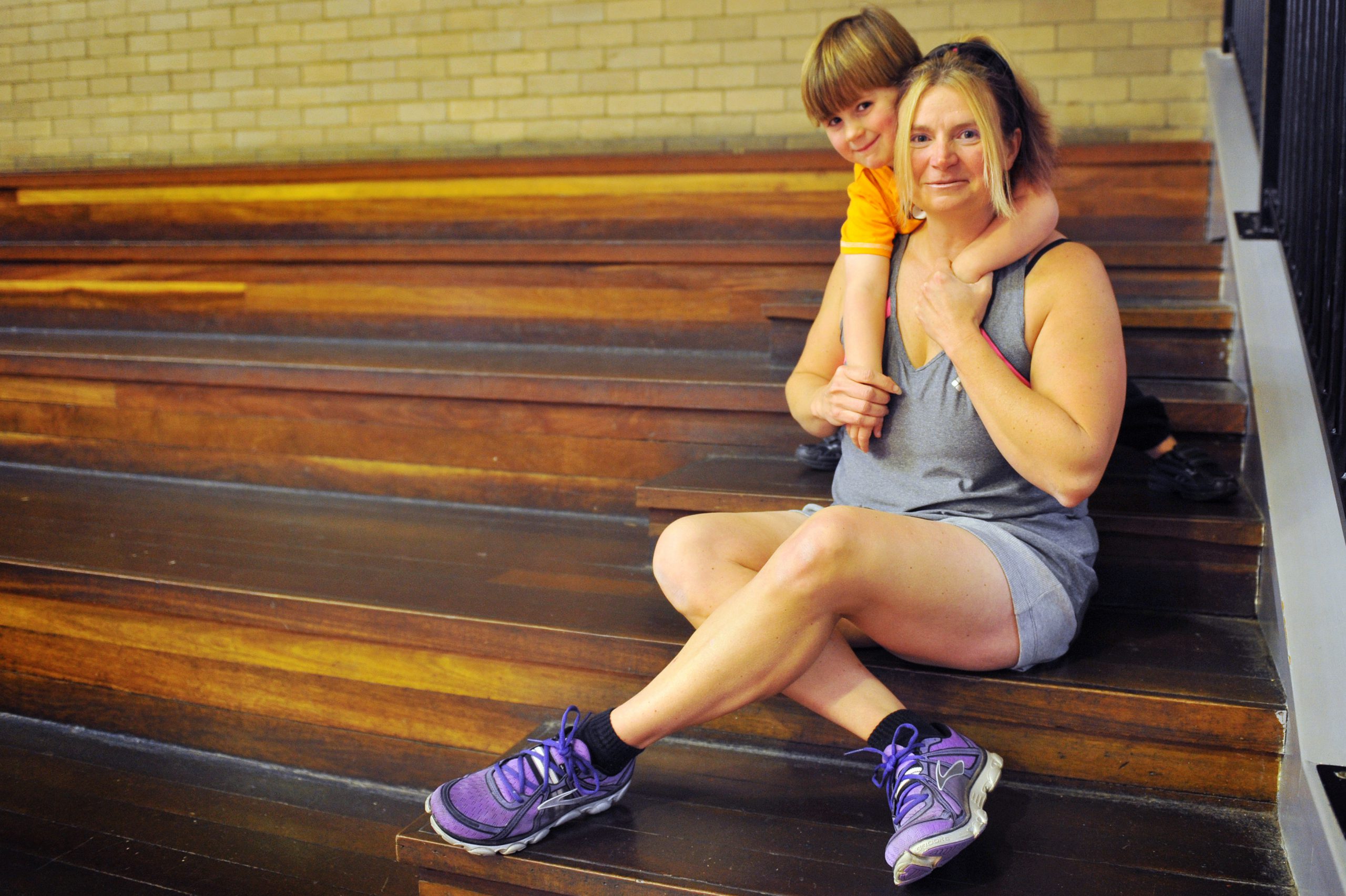 Long distance runner Paula Pettingill will take on a new challenge when she attempts to walk up and down 7343 steps inside the Melbourne Cricket Ground next month.

The Yallourn North resident said she was looking forward to the new frontier on 16 June in the inaugural Stadium Stomp.

Ms Pettingill is well known for pushing her four year-old son Jai in his stroller while she competes in regular half marathons, but said this was one event he would have to miss out on.

“He’ll still be there cheering me on though,” Ms Pettingill said.

The 45 year-old said her son kept her young and made a great training partner.

“He is a part of all my training and has been since he was born,” she said.

“He’s a darn good little runner. He’s going to be faster than me when he’s older. That’s for sure.”

Ms Pettingill said she ran in about 20 half marathons and other events each year, but had to employ alternate training methods to warm up for this “completely different” event.

“I do my training here (the Moe Newborough Leisure Centre) four or five times a week and have been running up and down the steps at the basketball courts to prepare. I’ve also been doing extra weights,” she said.

Entrants must complete a circuit of the MCG’s level one seating bowl, walking up or down every flight of stairs between the seats on that level before returning to the start, then do the same thing on level four.

Participants can raise money for charity, but with so many other events on Ms Pettingill’s plate she said she was simply entering it as a way to challenge herself.

“I hope this makes others think that you can train with your kids… you don’t have to be in your mid-20s to run marathons and things like this. If I can do it anyone can,” Ms Pettingill said.