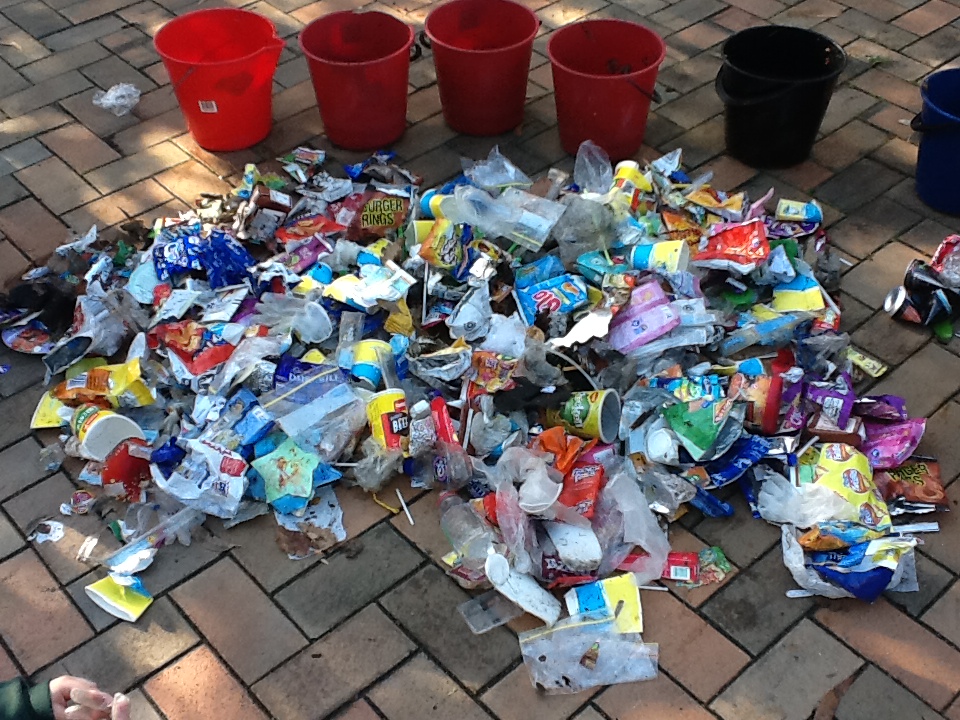 Albert Street Primary School students frustrated with “dangerous” rubbish continually littered on their grounds have called for Latrobe City to place permanent bins outside the school.

Principal Monique Osborn said the school’s play equipment and other facilities attracted many visitors, who used it as a local park after school and on weekends.

“People come in and enjoy our facilities or sometimes vandalise them and with no bins we really bare the brunt of the rubbish that is left,” Dr Osborn said.

“It’s not just fish and chip wrappers either; it’s alcohol cans, syringes, broken glass and other rubbish that is dangerous for our kids.

“We can’t just leave our wheelie bins out overnight because they would be vandalised or stolen.”

Mr Keddie said the students had used the problem as a learning opportunity and a chance for them to take ownership of the project.

“First we did a study on the rubbish. We picked up the rubbish and looked at what type of rubbish it was to determine whether it came from the students or externally, and we found that most of it was external,” Mr Keddie said.

“From there we formulated a letter and created a petition.

“We went around the school to get signatures, but also walked down the main street and the kids told people about the problem and asked them to sign.”

West Ward councillor Sharon Gibson moved to have a meeting with the head petitioner and the Department of Education before revisiting the issue at their next council meeting, which council unanimously carried on Monday night.

Cr Gibson said the school was Department of Education land and it was important to have a meeting with all involved to find a solution.

A Department of Education spokesperson said the department was aware of ongoing issues around litter at the school and supported the school’s message; that schools play a vital role in their community and the public should respect them.