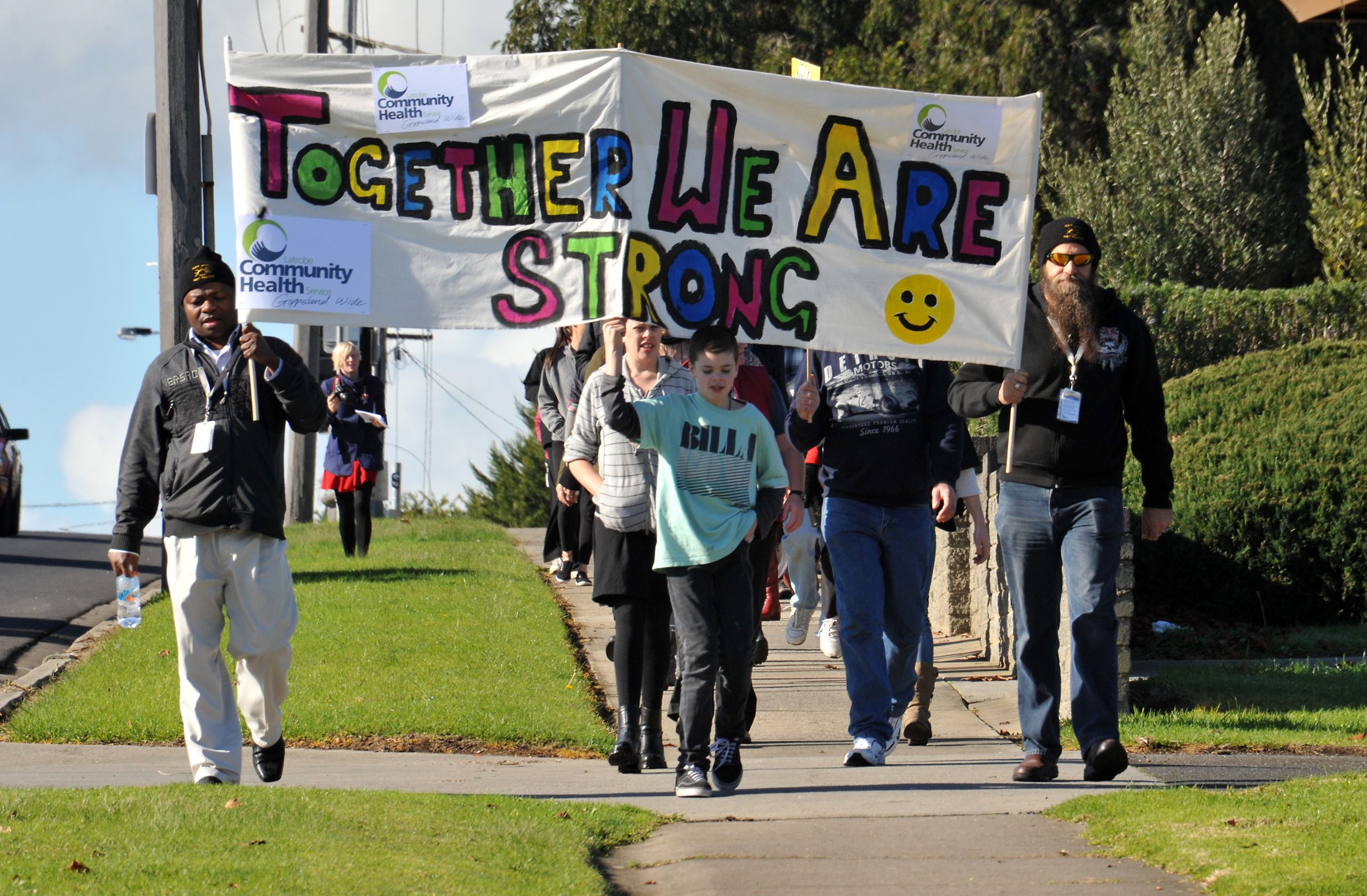 A MESSAGE of hope underpinned a Latrobe Valley focus on recovery from drug addiction last week.

At the same time a leading expert in the field welcomed looming statewide drug and alcohol reforms.

A Recovery Walk was staged through the streets of Morwell, facilitated by Latrobe Community Health Service, and attended by Associate Professor David Best, head of research and workforce development at Turning Point Alcohol and Drug Centre.

Professor David Best, who has more than 20 years experience in addiction studies and has authored two books on recovery, told The Express the spread in use of “rapid acting stimulants” like ‘ice’ meant a new approach to rehab treatments was now required in Australia.

Speaking in response to local concerns over ‘gaps’ in the system for ice-addiction treatments, Professor Best said he believed recovery, while often more problematic for psycho-stimulant users, was still possible with “appropriately structured, ongoing support”.

Key to the challenges faced by support services now was “that the system (of treatment) has basically been designed for drinkers, then (those using) barbiturates, benzodiazepines and heroin” which all followed “the same process” and the model was “much less applicable for people who are stimulant users”.

He said it was vital future models moved away from “acute short -term” approaches which “effectively clean people up, put them back on the street and just create a revolving door of treatment and failure” with an inevitably negative impact on “individuals’ health and psychological health and the community”.

“When I worked at the Institute of Psychiatry in London, inpatient detox stays were 28 days,” he said, adding the “journey of change” therapeutic process, crucial to effective rehab, could not be achieved through short detox stints.

Insisting detox was “not treatment” but “basically respite care and… the preparatory phase for treatment”, Professor Best said time was required to work with users on “what is going to change about their life, social networks, housing, social engagement, family life – much more complex structures”.

Failure to establish proper rehab pathways led to “one fiasco after another”, with “people being arrested and sectioned in psychiatric hospitals”, he said, backing the warnings of local experts in the field.

Professor Best said the different biological properties of rapid-acting stimulants like ice meant their potential for continued use was high and people tended to use it “very, very” rapidly as the effects wore off quickly.

“So people are constantly in this spiral of craving, intoxication and early onset withdrawal which leads to spiralling patterns of use that impacts on their mental health and causes potential issues with violence, unpredictable behaviour and self-harm,” he said.

“So from a criminal justice point of view, (ice users) are much more potentially problematic and there are significant risks associated for family members.”

He said traditionally people with addictions sought treatment in response to “cumulative damage to their own bodies and minds and when they have alienated families”.

Ice, however, could “massively accelerate” the point at which users found themselves “in trouble”, meaning they “might not see themselves as having a long-term established problem” so tended to dismiss the need for treatment, he said.

“This is a fundamentally different population (of users)” who might not be “so far down the line of addiction” that they were “tired of the lifestyle” but nevertheless needed help, he added.

“Most people stop offending because they mature out of it, it comes from being in a family and job you are happy with…that’s why people can manage a successful recovery but for a 21 year-old meth addict, those conditions don’t apply in the same way.”

Despite the challenges, Professor Best’s focus was on the potential for recovery, supported by statistics showing “of everyone who is substance dependent, 58 per cent will achieve long-term stable recovery”.

Overwhelming evidence indicated, however “nobody does it alone”, and recovery was a “socially-contagious” process reliant on social support.