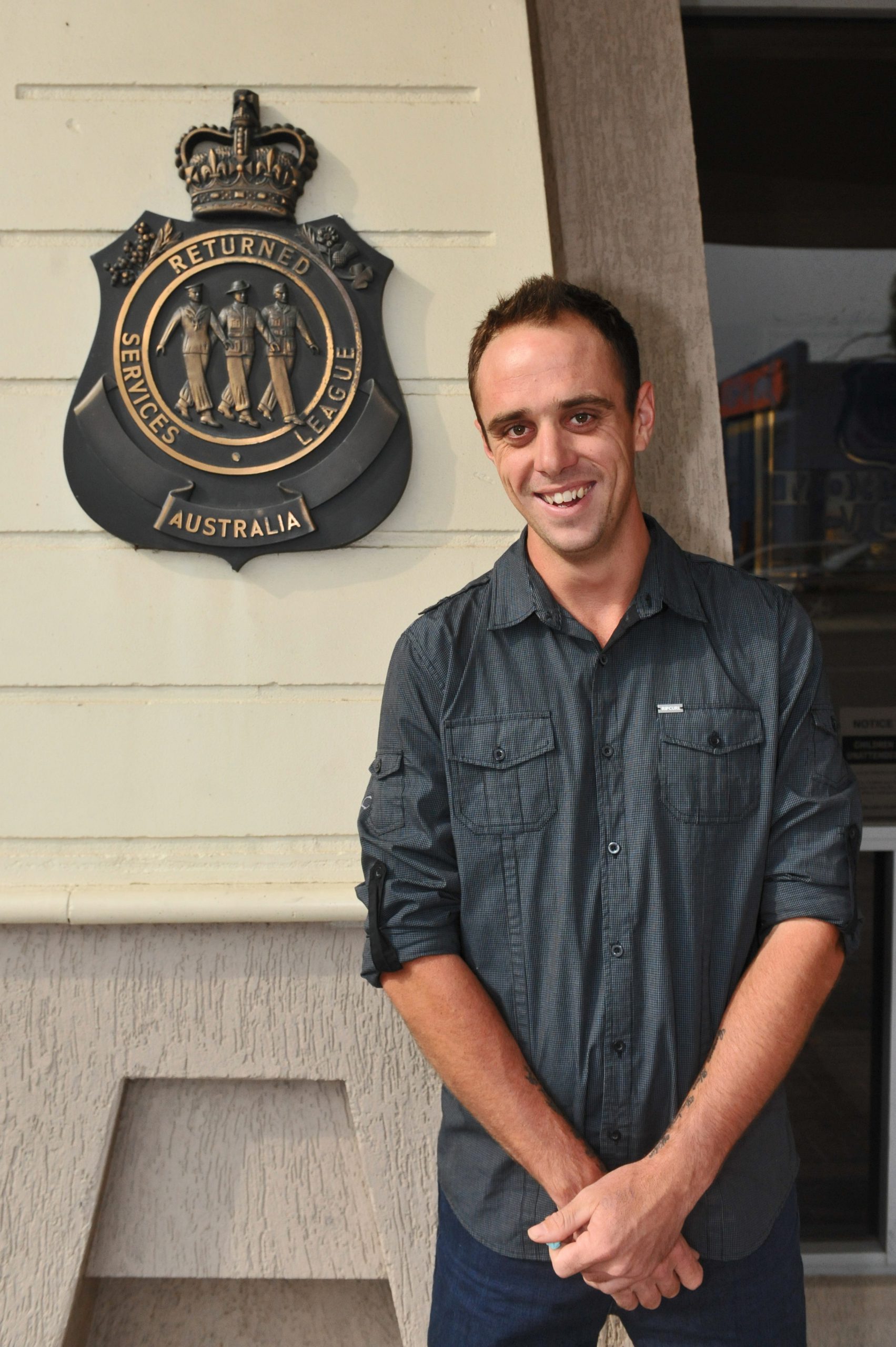 Iraq War veteran Jamie Stait has urged young veterans in the Latrobe Valley to come forward and seek assistance from the RSL and the Department of Veterans Affairs.

The 29 year-old Traralgon resident served in the Iraq War in 2007 for about six months in the infantry – mostly responsible for assisting transportation of vehicles.

But upon his return to the Latrobe Valley, he said his mental state had been “horrible” and suffered from Post-Traumatic Stress Disorder.

Mr Stait said he had experienced panic attacks, anxiety, and certain noises like a bang or a smell would remind him of battle.

“Your body just won’t turn off I guess,” he said.

Mr Stait said his opinion of the Australian Army is that they “discharge you and say go”.

Although undertaking a seven-day transition seminar to reintegrate back into society after service, his problems led to self-medicated alcohol abuse.

His doctor told him in her 16 years of psychiatry, he was the worst she had ever seen.

“When you stop, all your problems come to fruition and it gets really hard to adjust and find your place, and find people who know the same things,” he said.

Mr Stait said he would not wish his own enemy to go through what he has gone through and urged young veterans to come forward and get help.

The young veteran has played an integral role in an upcoming open invitation information event for all current serving and ex-serving Australian Defence Forces personnel, and children and parents to be held next Sunday, 23 February from 11am at the Morwell RSL Sub Branch.

Mr Stait said he hoped the day would help bridge the generational gap between young service men and women who had served in recent Australian battles and Vietnam veterans.

“For us it’s intimidating to come into a place like this (RSL), because you’ve been drilled Vietnam history when you’re in the army,” he said.

Morwell RSL president Bruce Jeffrey said it was hard to say how many young veterans post-Vietnam lived in the Latrobe Valley.

Mr Jeffrey said the event was not about promoting the RSL, but finding out how they can assist young veterans.

“Some of them are falling in a hole,” Mr Jeffrey said.

“We’re trying to get out to the community that it’s a free event and hope the young veterans will turn up and tell us exactly what they need.”